Our latest cruise news recap is available. More travel updates and ship details are featured in this week's summary. We have new articles from the likes of Carnival Cruise Line, Norwegian Cruise Line, and Royal 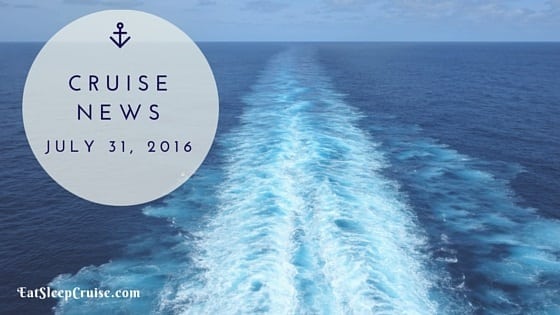 Another week and more travel updates. If you haven’t been able to keep up, the Princess and I have you covered with all that is happening in the world of cruising. Here is our latest edition of cruise news July 31, 2016. Let us know if we have missed something by leaving us a note in the Comments section below.

The 26th ship in Carnival Cruise Line’s fleet has officially been crowned. Last week the company announced that Carnival Vista’s sister ship would be called Carnival Horizon. Debuting in March 2018, Carnival Horizon is poised to be very similar to her older sister. Horizon will have many of the same restaurants, lounges, and amenities including an IMAX theater, the SkyRide outdoor bicycles, and the Havana club rooms and pool area. With more details to come, Carnival Horizon might still have a few surprises to offer cruisers to set her apart from Vista. As of now, Carnival Cruise Line is keeping one thing about Horizon a big secret- where she will be home-ported. We will keep you updated as soon as more information is released about this new ship.

Fire up the grill as more dining options are coming to Carnival Cruise Line ships. With the success of the Guy Fieri Guy’s Pig & Anchor Bar-B-Que Smokehouse, Carnival plans to add the offering to additional ships. At a media event this past week, Carnival revealed that they would be adding the restaurant to the Carnival Vista in time for her arrival in Miami this November. In 2017, the smokehouse will also be added to Carnival Dream and Carnival Breeze. Unique to the venue will be a special onboard smoker, which will be used to slowly cook the various chicken, beef, and pork offerings using a 12+ hour smoking process. We can’t wait to try this new spot out when we cruise on Carnival Vista in 2017. 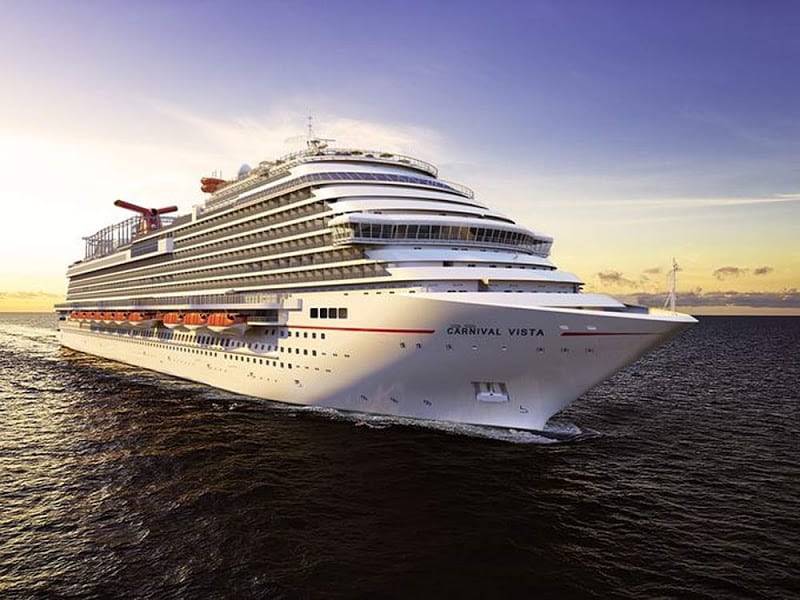 Designs for the Norwegian Joy’s hull artwork were made public last week. Created by Chinese artist Tan Ping, the artwork includes symbols of Chinese culture featuring the colors red and yellow, as well as the mythical creature the phoenix. Meant to embody beauty and well being, the artwork is among Ping’s largest to date, and his hope is that it will showcase Chinese traveler’s intent to bring  “best wish to the world and everyone in her [Norwegian Joy] path”. This Breakaway-Plus class ship will be a similar size and design to the Norwegian Escape that we sailed on earlier this year. Custom designed to the Chinese market, Norwegian Joy will feature dining and entertainment offerings catering to travelers in the region including the line’s largest boutique at sea and virtual reality rides and experiences.

Social Media Take Over of Empress of the Seas

In a rare event, Royal Caribbean has allowed some of the line’s most seasoned travelers and fans to “take over” their “newest” ship, Empress of the Seas. 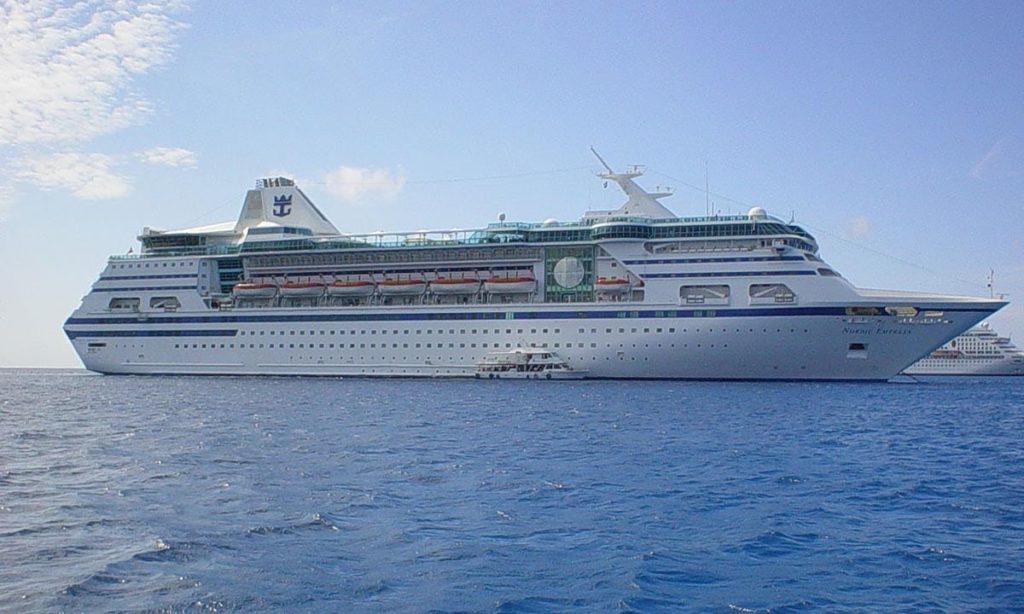 The images and posts have been circulating on Twitter, Facebook, Instagram, and virtually every social media channel out there. Led by some of our friends on Facebook, and chronicled live on the Royal Caribbean Blog, these RCI loyalists are sharing every square inch of  the recently retrofitted ship. While rumors still persist that Empress of the Seas will soon be going to Cuba, for now you can book four and five day cruises to Key West and the Bahamas on the ship through October of 2016.

Have you been keeping up to date with the cruise news this week? Have we missed any important updates? Drop us an anchor below to share your breaking cruise news stories and help your fellow cruisers stay informed. 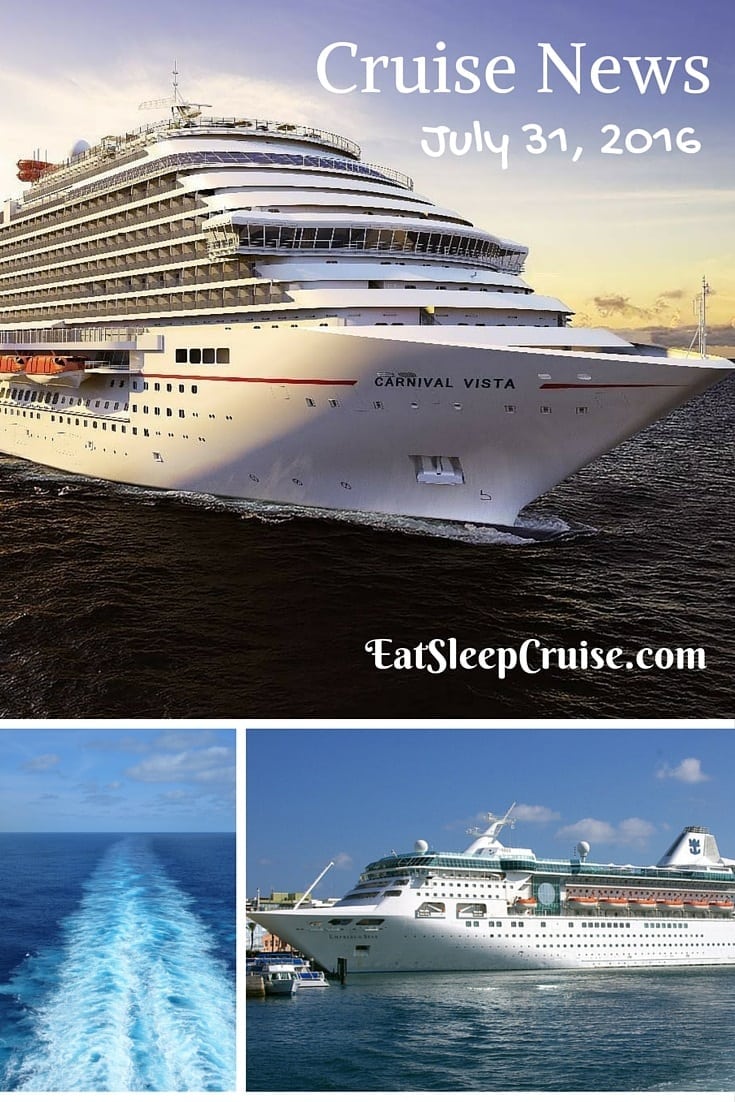 Don Bucolo, or “DB”, loves everything about cruising- the ocean, the food, and the atmosphere. While he may be obsessed with doing extensive amounts of research on ships and all elements of a cruise, Don enjoys sharing his new found knowledge with fellow cruisers. When he is not sailing the high seas, he does whatever his wife tells him to do-it only took 10 years to realize this.
Don
Previous Post « Restaurant Review: Jamie’s Italian on Anthem of the Seas
Next Post Insider’s Guide to Norwegian Escape Entertainment »