Our latest cruise news October 9, 2016 edition is out with updates from Princess Cruises, Carnival Cruise Line, Regent Seven Seas, and more. We hope everyone impacted by Hurricane Matthew is safe and that the 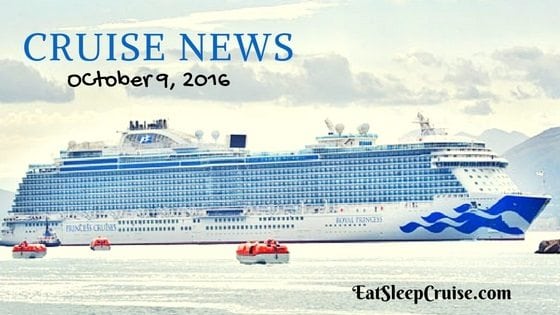 It was a very crazy week in the Caribbean, the Bahamas, and the Southeastern United States. To those impacted by the storm, we wish you a swift recovery. With the brunt of Hurricane Matthew now passed, the major cruise ports are slowly getting back to normal. Even when the seas get rough, we are here to deliver our latest cruise news October 9, 2016.

The end of last week was focused on one of the strongest hurricanes to hit Florida in quite some time. Creating havoc for travelers this past Wednesday thru Friday, Hurricane Matthew disrupted cruises up and down the east coast. Port Canaveral was hit the hardest, leading to various canceled and delayed cruises from major cruise lines including Disney Cruise Line, Carnival Cruises, and Royal Caribbean International.  After passing the Outer Banks, forecasts are for the storm to move out to sea. Next up, Tropical Storm Nicole, which could impact the area later this week!

In an effort to give customers seamless luxurious experiences, Regent Seven Seas announced the next phase of its 125 million dollar refurbishment plan. Next on the block will be the Seven Seas Voyager, who will get some upgrades later this month. Among the changes is the addition of a new restaurant, as well as a complete overhaul of existing dining venues. Top tier suites, including Penthouse, Deluxe, and Concierge suites, will also see some enhancements, as will the spa, casino, and other public areas.  Following the dry dock, Seven Seas Voyager will set off on a 23 night Barcelona to Dubai cruise.  Next up in April 2017 will be the Seven Seas Mariner which is set to get similar refurbishments. 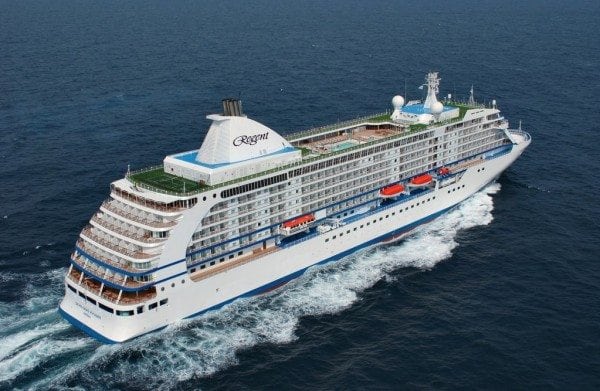 Last week, Carnival Corp announced the godmother of Carnival Vista. On November 4, Miss USA, Deshauna Barber, will officially name Carnival Vista in a star-studded event.  The first Miss USA to be an active military member, Barber’s crowning of Carnival Vista is just part of a night long gala that includes overnight accommodations for hundreds of military families. Throughout the year, Carnival has been raising funds and awareness for military families with their Honor. Family. Fun. Campaign. Grammy award winning country music star Carrie Underwood is also scheduled to perform.

Royal Princess emerged from dry dock last week sporting a brand new hull design. The new company livery, which was announced earlier this year, now adorns Royal Princess. Plans are for the new design to go fleet-wide in the coming months. The new hull art is probably the biggest upgrade that occurred during this routine dry dock for Royal Princess, along with some rumored updates to some of the suite class cabins.  Royal Princess started a 14 night repositioning cruise heading to her homeport of Fort Lauderdale, FL. 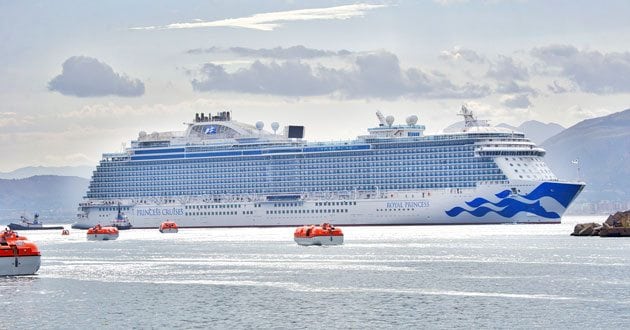 Did we miss any major cruise news from this past week? Do you have any travel updates? Drop us an anchor below to share your hot leads with fellow cruisers. 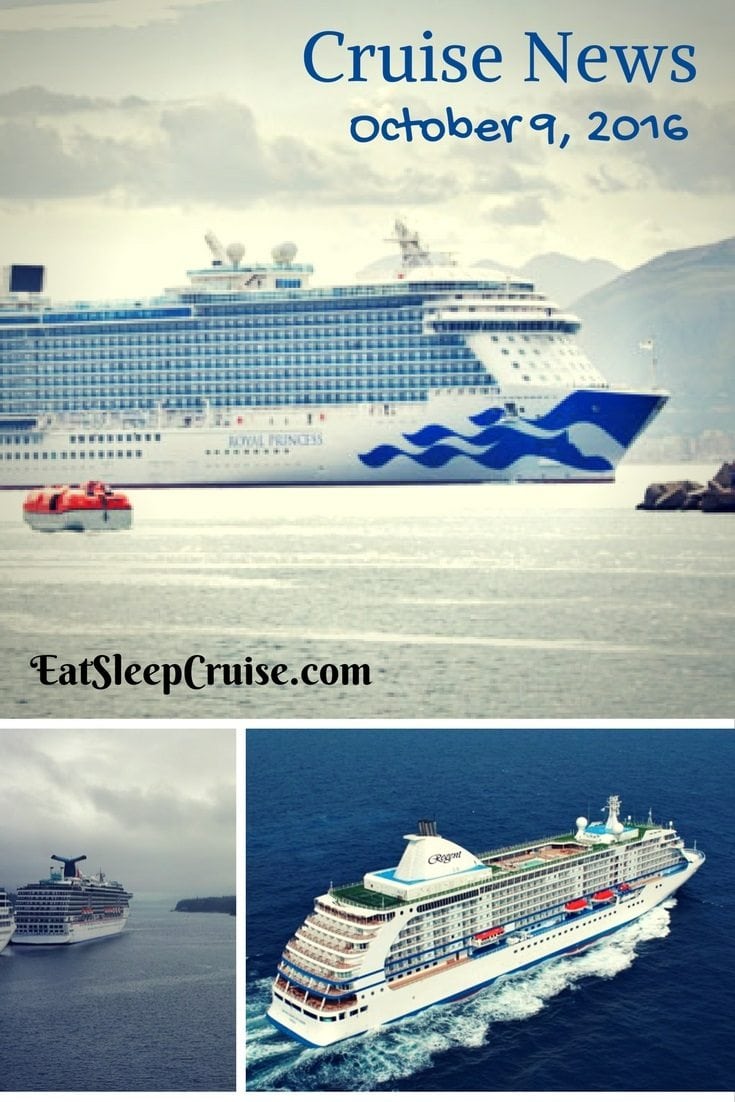 Don Bucolo, or “DB”, loves everything about cruising- the ocean, the food, and the atmosphere. While he may be obsessed with doing extensive amounts of research on ships and all elements of a cruise, Don enjoys sharing his new found knowledge with fellow cruisers. When he is not sailing the high seas, he does whatever his wife tells him to do-it only took 10 years to realize this.
Don
Previous Post « Oasis of the Seas Compass Western Caribbean
Next Post 7 Reasons To Take a Jungle Queen Riverboat Cruise »