If you are planning a cruise to Alaska, you should consider these factors when determining the Best Time of Year to Take an Alaskan cruise. 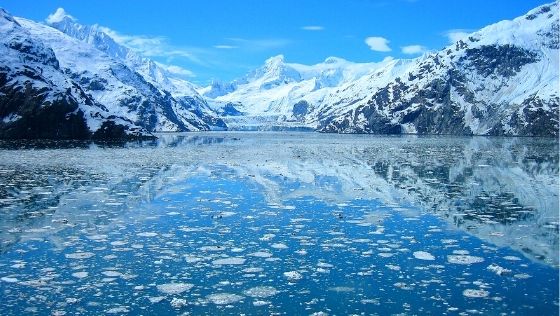 Alaska is one of the top cruise destinations. For many, visiting Alaska is on their bucket list. While Alaska might not be what you first picture when you think of a cruise, a cruise is actually the easiest way to visit this region. Unlike Caribbean cruises though, Alaska is a seasonal cruise port. So, WHEN you visit the area is important. There are actually several factors to consider when determining the Best Time of Year to Take an Alaskan cruise. The answer to this question is not as clear cut as you might think.

Get Deals on Alaska Cruises Now!

When Should You Plan a Cruise to Alaska?

Best Time of Year to Take an Alaskan Cruise: Weather

The first factor you will want to consider when planning your Alaskan cruise is the weather. Don’t let all those beautiful pictures of Southeastern Alaska fool you. Unfortunately, the summer months in Alaska are not always bright and sunny. In fact, the weather during the Alaskan cruise season tends to be rather wet.

If you are looking for the warmest weather, then you will want to sail mid-July to mid-August. Still, temperature swings in one day of 25 degrees (or more) will not be uncommon. You could wake up to freezing temperatures and be in the mid 60’s (F) by late afternoon.

There is also the longest daylight hours during the months of June and July. During this time of year, the sun doesn’t set until around 10 pm. These extended periods of light make viewing the surrounding scenery sailing in and out of ports even more appealing.

Taking into consideration the average temperatures, rainfall amounts, and hours of daylight, the “best” time of year to go on an Alaskan Cruise is the month of July. However, with this optimal weather comes increased crowds and increased price. Not to mention, popular tours and shore excursions will fill up quickly.

If you wait to travel later in the season, you are rolling the dice on weather. It is more likely that the rain and cold conditions could impact shore excursions. It also means fewer animal sightings as many have already begun going into hibernation. Of course, this is just the general trend; we cruised to Alaska near the end of the season twice now, and we had great weather. In fact, we were told that we had some of the best weather all season.

Best Time of Year to Take an Alaskan Cruise: Price

Alaska cruise fares fluctuate considerably depending on a few factors. Pricing can range widely depending on the cruise line, ship, itinerary, and time of year.

The Alaskan cruise season generally runs from late April/early May through the end of September. As with most seasonal cruise regions, the shoulder season is when prices tend to be the lowest. For those looking to save money, the best time of year to take an Alaskan cruise would be either early in the season or late in the season. Besides having lower fares, you will have greater choices for cabins and can score the perfect mid-ship balcony at a reduced cost.

If you travel towards the end of the season, you may be able to score some great deals on souvenirs too as many of the local shops run sales to get rid of merchandise before closing for the season. Another perk of sailing in September is that you will have a chance at seeing the Northern Lights. On our September cruise, we were told to be on the lookout for the Northern Lights on two separate nights, but we never did see them.

Best Time of Year to Take an Alaskan Cruise: Crowds

There are also certain times of the Alaska cruise season that are preferred if you would like to avoid crowds. The busiest time of year for cruises to Alaska usually coincides with warmer weather and summer break. To avoid the crowds, you should skip cruising in the middle of the season, especially July. If you cruise during this time, be prepared to share Alaska with thousands of other cruisers.

If you take an Alaskan cruise during the shoulder seasons, you will not only save money but you will avoid the crowds, especially families. In April/May kids are usually still in school, and they are usually back to school by September. The number of families and kids will of course vary based on the cruise line and cruise ship you choose. Popular mega-ships from brands like Norwegian Cruise Line and Royal Caribbean will inevitably have more families onboard.

Best Time of Year to Take an Alaskan Cruise: Wildlife

Besides the majestic snow-capped mountains, fjords, and glaciers, you are probably traveling to Alaska to see the wildlife. Many will tell you that anytime during the months of May through September is the best time of year to go on an Alaskan cruise to see wildlife. While compared to the winter months that might be true, but some months are better than others for viewing some wildlife.

In terms of whales, you have the opportunity to see a variety of different species on an Alaskan cruise. The most common whales in the region are the massive Humpback Whales. While they are found in the Gulf of Alaska during the entire cruise season, you have the best chance of spotting pods during the months of June and July.

Most whale watching tours will guarantee a whale sighting, but they won’t tell you what types of whales you will see or how many.

If bears are what you are looking to discover on an Alaskan cruise, then traveling from late June through early August will increase your likelihood of seeing these creatures, especially if you take tours that depart from Juneau or Ketchikan.

Luckily, Bald Eagles are around through the entire cruise season in various stages of development. You can head to the Chilkat Eagle Preserve to see the world’s largest collection of bald eagles. Early in the season, the eagles will be preparing their nests. During peak cruise season, they will be caring for their young, and later in the season (Mid August through September), you might get lucky enough to see adult eagles teaching their young ones how to fly.

We warned you that there was no clear cut answer to this question. We have cruised to Alaska late in the season on two occasions now, Celebrity Solstice in 2014 and Norwegian Bliss in 2018. The weather was relatively warm and dry, with only one full day of rain each cruise. On the cold end, temps were in the 30’s during the early morning hours but warmed up to the 60’s by afternoon, making layers essential when packing.

While less plentiful than we hoped, we did spot a few whales next to our ship and caught a few glimpses of eagles. Most of the bears were already in hibernation for the season though.

We did score an amazing deal for a mid-ship balcony room that came with several perks on both occasions. Plus, we cruised near our anniversary, so for us, it was truly the best time of year to take an Alaskan cruise!

Have you sailed to Alaska? What time of year did you cruise? Drop us an anchor below to tell us about your experiences cruising in this region.

Don Bucolo, or “DB”, loves everything about cruising- the ocean, the food, and the atmosphere. While he may be obsessed with doing extensive amounts of research on ships and all elements of a cruise, Don enjoys sharing his new found knowledge with fellow cruisers. When he is not sailing the high seas, he does whatever his wife tells him to do-it only took 10 years to realize this.
Don
Previous Post « Norwegian Ultimate Beverage Package Review 2018
Next Post How Much Are Alaskan Cruises? » 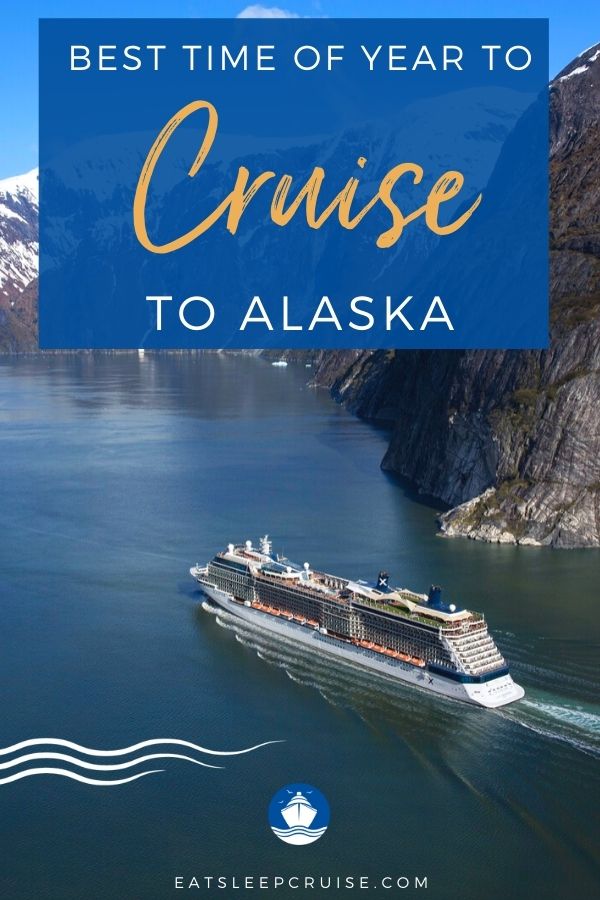