It has been a busy week! The cruise lines were out in full force this week providing some great (and not so great) updates to their ships and policies. We did our best to stay 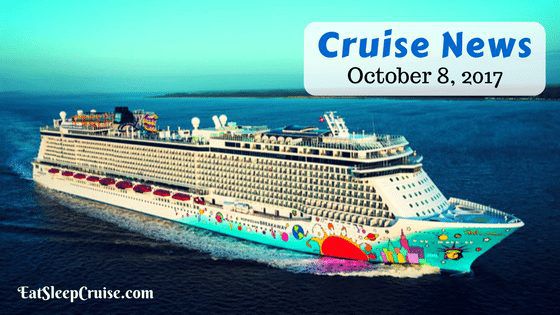 It has been a busy week! The cruise lines were out in full force this week providing some great (and not so great) updates to their ships and policies. We did our best to stay on top of things with this edition of Cruise News October 8, 2017.

Another Hurricane to Disrupt Caribbean Cruises

Looks like we are not done with the weather disruptions yet this hurricane season. Hurricane Nate brought some last minute changes to several Western Caribbean itineraries. Cruise ships sailing in the region including Royal Caribbean’s Oasis of the Seas and Allure of the Seas, as well as several Carnival Cruise Line ships, skipped ports like Cozumel and Costa Maya to avoid the storm. The storm is expected to hit New Orleans today. Our friends over at Cruise Critic have the latest ship updates and itinerary changes for this fast moving storm.

Adventure of the Seas Returns to San Juan, PR

In more upbeat news, Adventure of the Seas has returned home. The cruise ship was expected to sail at full capacity yesterday, as it made its first voyage from Puerto Rico in more than three weeks. Cruise line workers and local officials partnered to get the Pam Am cruise terminal, which sustained moderate damage, ready to process cruisers in record time. Adventure of the Seas has been doing humanitarian cruises in the interim, helping deliver supplies and transporting displaced passengers. 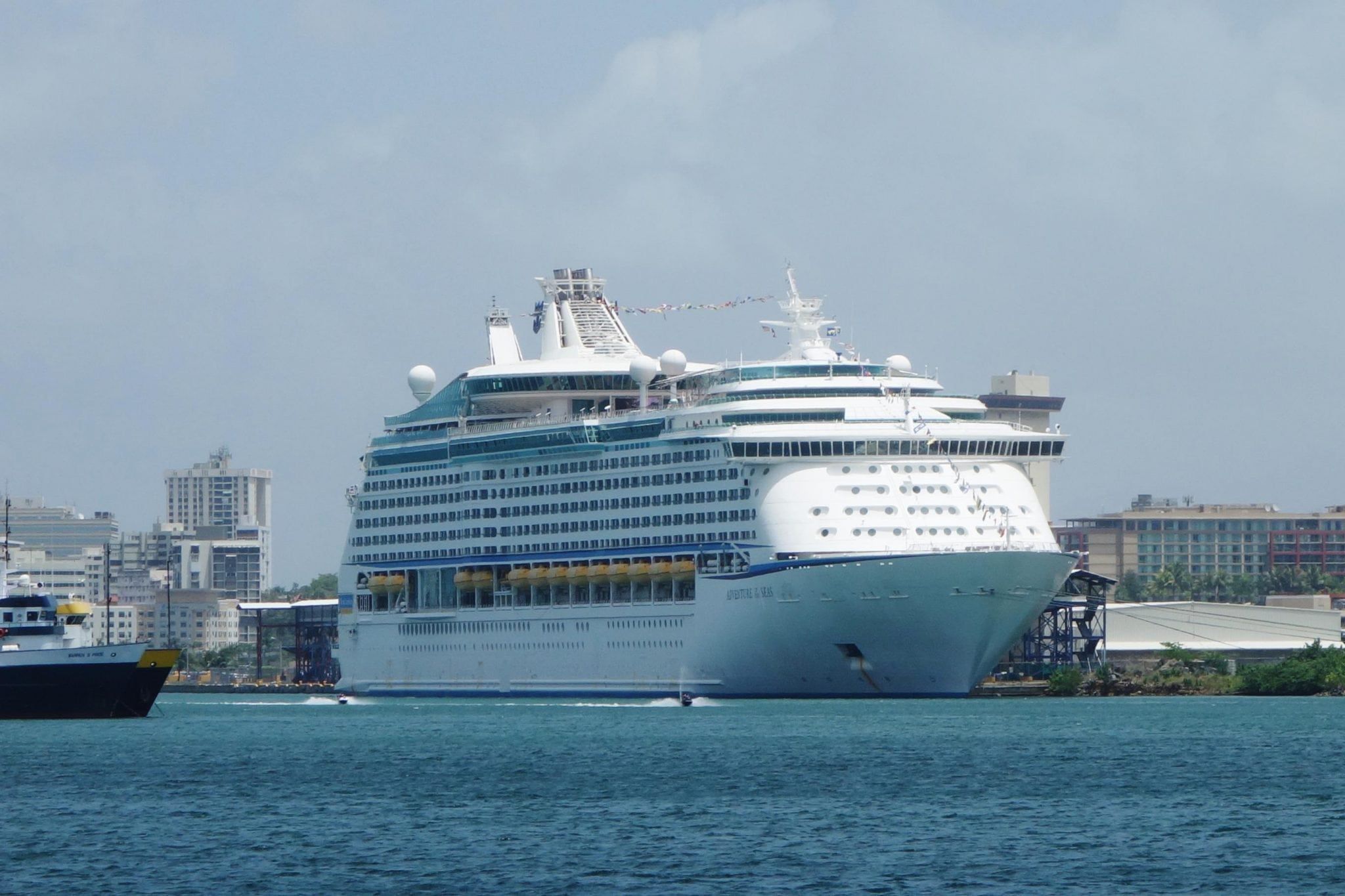 Adventure of the Seas Docked in San Juan, PR

A New Home for Norwegian Breakaway

Norwegian Breakaway will have a brand new home. This week, Norwegian Cruise Line revealed that one of its largest ships will be re-positioning to New Orleans, LA for the 2018-2019 winter Caribbean season. The “Big Easy” will welcome the ship November 11, 2018. Offering 7-10 night Western Caribbean cruises, the ship will be the largest vessel to sail from the port. All announced sailings will include a stop at Harvest Caye, Belize, the cruise line’s newest private island. Bookings go live on October 24th.

Carnival Elation Gets Some Upgrades

Carnival Elation has just returned to the Caribbean. The ship underwent a recent refurbishment where it got some nice new digs. Along with 38 new cabins and close to 100 additional balconies, the cruise ship also received some new venues. New venues including Guys Burger Joint and the Blue Iguana Cantina and Tequila Bar were also added during the refurbishment  A brand new waterslide and an updated kids area also topped the list of onboard upgrades. In addition, the ship received a brand new 9-hole miniature golf course. Departing from Jacksonville, FL, the Elation sails regular Bahamas cruises. 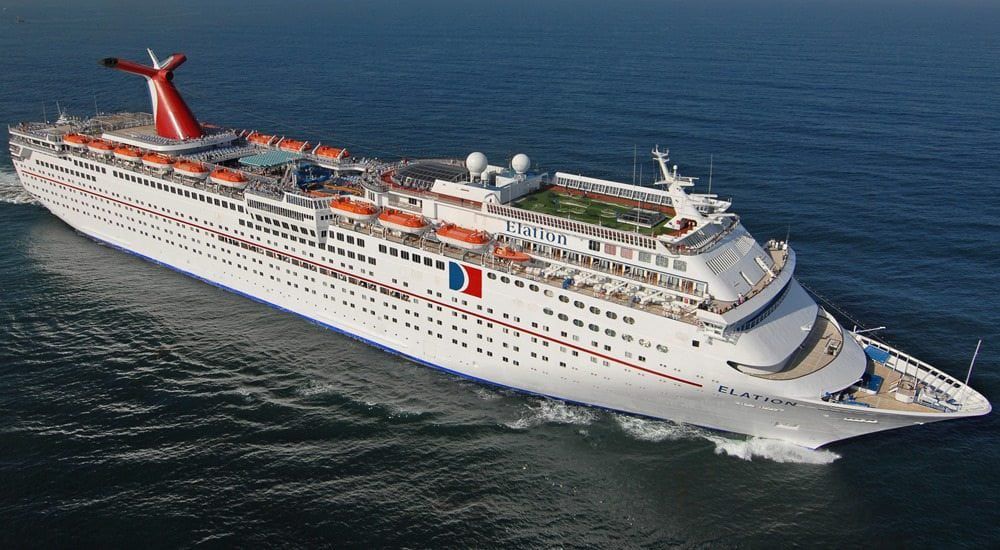 Already one of the most expensive cruise ship drink packages, Norwegian Cruise Line raised prices again this past week on the Ultimate Beverage Package. The package will now run cruisers $89 a day, plus 18% gratuity. This $10 a day increase is over a 12.5% increase and marks the first increase in over a year, making the plan the most expensive drink package at sea! And, it still does not cover many additional drinks, like specialty coffees, that competitors like Royal Caribbean and Carnival Cruise Line offer on their less expensive drink packages. 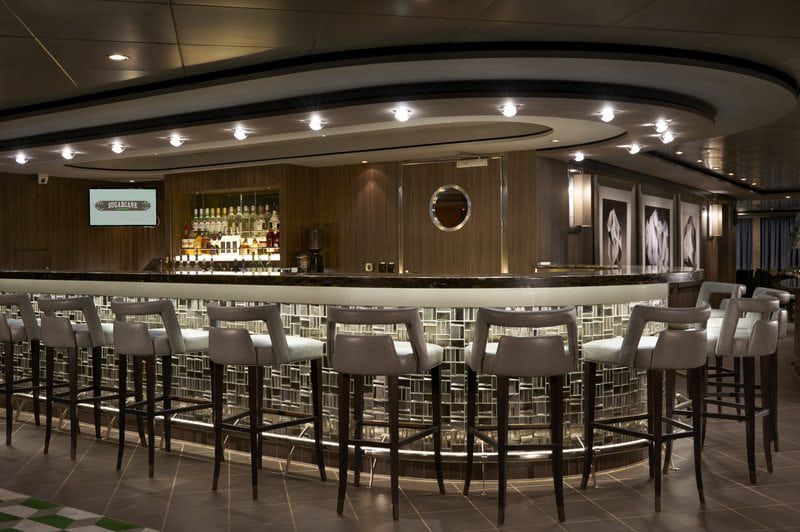 In other drink package news, Royal Caribbean announced that they are changing the purchase policy for the Deluxe Beverage Package. Now, all guests 21 years or older in a stateroom will be required to purchase the drink package. This change comes after testing out the policy on Harmony of the Seas. According to the cruise line, the change comes as many guests were found to be purchasing one drink package and then sharing the drinks. All beverage packages on the cruise ship are for personal consumption. The package’s pricing and inclusions have remained the same. The change has gone into effect immediately, so check those cruise planners closely.

A Celebrity Cruises Revolution is Coming

To keep up with the competition, Celebrity Cruises plans to update and enhance its current fleet. The cruise line debuted some details about their ambitious, 400 million dollar investment plan on Facebook. Starting in 2019, each of the fleet’s nine ships will enter drydock where each ship will get upgrades to public venues and cabins. The cruise line indicated that many of the updates to current ships will be inspired by the design and venues of Celebrity Edge. The Edge will set sail late 2018 with a number of new venues and firsts at sea. 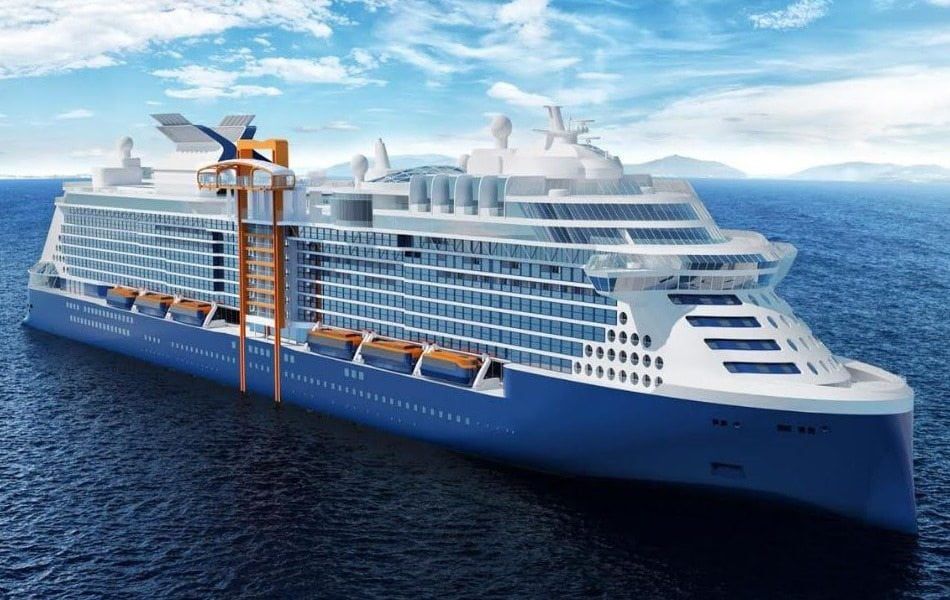 For the last couple of years, Viking Cruises has focused on growing their ocean cruise division. Well, the company plans to go back to its roots in the coming years. From onboard the line’s newest ocean cruise ship, the company’s chairman, Torstein Hagen, announced that 7 new ships would set sail in 2019. These ships will be part of the Longship class, which holds about 190 passengers and is designed to accommodate different cabin setups. These ships will offer cruises on the Rhine, Main, and Danube rivers.

Did we miss any notable headlines in this latest edition? Are there additional stories you would add to our Cruise News October 8, 2017? Share them with us in the comments below! 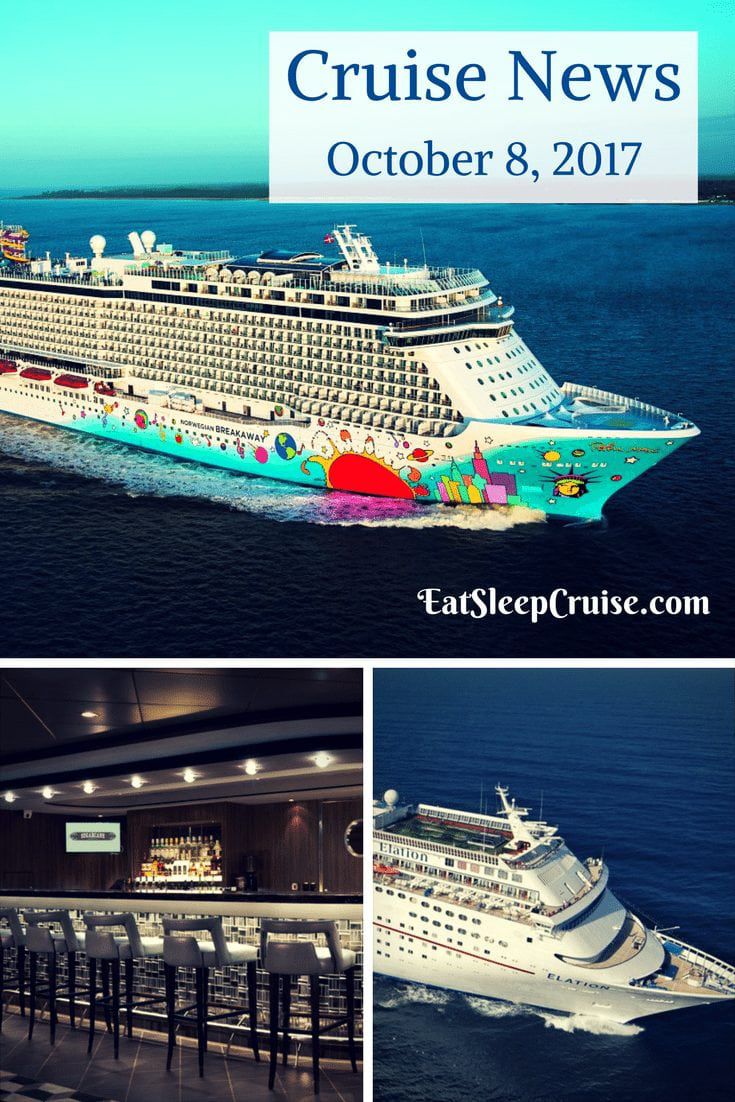 Don Bucolo, or “DB”, loves everything about cruising- the ocean, the food, and the atmosphere. While he may be obsessed with doing extensive amounts of research on ships and all elements of a cruise, Don enjoys sharing his new found knowledge with fellow cruisers. When he is not sailing the high seas, he does whatever his wife tells him to do-it only took 10 years to realize this.
Don
Previous Post « Why We Love Teppanyaki on Norwegian Getaway
Next Post Best Way to Get from Orlando Airport to Port Canaveral »