This week was a busy one with new ships being christened, steel cutting ceremonies, and the return of some popular cruise promotions. We have you covered with the top stories from the last 7 days 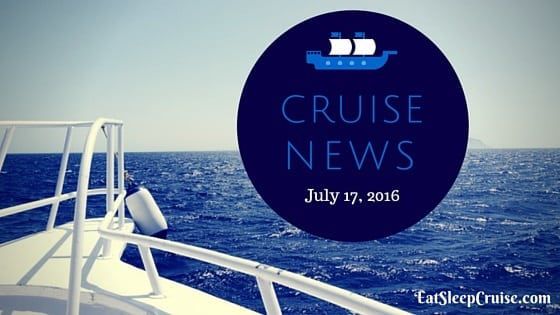 With big news this week from several cruise lines including the launching of new ships and the start of construction for others, it seems like July is shaping up to be a busy month in the cruise world. If you weren’t able to keep up with all that happened in the world of cruise travel this week, we are here to give you complete coverage of all the notable updates. Hop on-board as we sail through cruise news July 17, 2016

We have been watching this one for a while, so we were very excited when the self proclaimed, “world’s most luxurious cruise ship”, the Regent Seven Seas Explorer, was officially christened. This past Wednesday, the star studded event included the Princess Charlene of Monaco and a performance by world renowned artist, Andre Bocelli. This all balcony, all suite 700 passenger ship’s inaugural cruise is set for July 20th. Sorry, it is already sold-out. For those on this side of the pond, Regent Seven Seas Explorer will head to Miami, FL this December for a series of round-trip Caribbean sailings. Get a great deal on the cruise by checking out our price comparison tool below.

With 315 cruise ships and over 23 million passengers, the 2016 cruise season looks to be another record breaker. All of this is detailed in Cruise Industry News 2016 Annual Report which was released last week. Along with the 400 pages of facts and figures, the source also put together the infographic below to summarize some of the major trends. With both the Caribbean and Asian regions seeing more passengers than last year, and Royal Caribbean International chipping away at Carnival Cruise Line’s market share, 2016 is shaping up to be an exciting year. 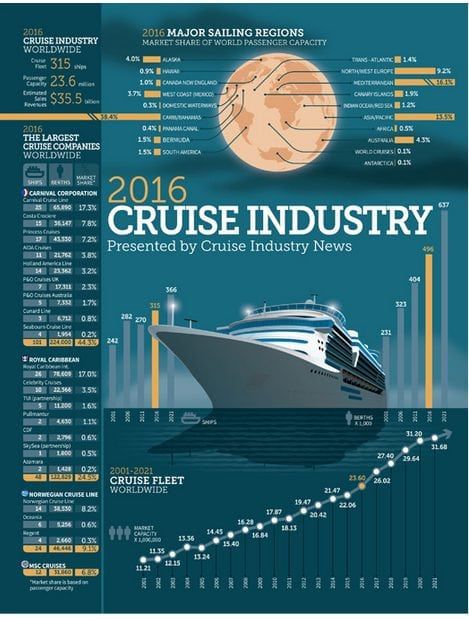 First it was robotic bartenders on Royal Caribbean International’s Quantum class ships, now Costa Cruises has introduced humanoid robots onboard their flagship vessel. Costa Diadema welcomed 5 robots named Pepper last week. Strategically placed throughout the ship, these robots can talk with guests and engage them in conversation. Pepper can provide information about the ship, along with other helpful behaviors. He will even take a selfie with passengers! Able to recognize human emotions and facial expressions, these robots are the most advanced form of technology currently on any cruise ship.

Ahead of schedule, American Cruise Line’s newest ship, Constellation, hit water for the first time this past week. Construction looks to be about 9 weeks ahead of schedule. The ship is set to sail along the East Coast, with a homeport in Boston, MA, and will be visiting ports in New England with stops in Rhode Island and Maine. This 170 passenger ship offers a variety of cabin options and focuses on locally sourced ingredients with cruise fares including daily shore excursions, gourmet cuisine, and a nightly cocktail hour. Spending the Holidays at Sea with Disney Cruise Line

Looking to provide even more cruise cheer, Disney Cruise Line is bringing back some of their popular cruise ship holiday transformations this fall. The cruise line will be featuring “Halloween on the High Seas” during the months of September and October.  With themed parties, Halloween movies, costume contests, and plenty of surprises, you and your kids will have a spook-tacular time visiting the Caribbean on Disney Fantasy, Disney Magic, and Disney Dream. These same ships will also be all decked out for Christmas starting in November with seasonal cuisine, a “Winter Wonderland Ball” and even some snow.  Caroling, tree-lighting, and plenty of other favorites await cruisers as part of the “Very Merrytime Cruises” occurring during November and December.

Holland America Line could not be left out of the news as a few days ago the official steel cutting ceremony was held for the second Pinnacle class cruise ship. This nearly 100K gross ton ship will be modeled after the first Pinnacle class ship, the ms Koningsdam, which is actually heading to Florida this November. The new ms Nieuw Statendam is expected to be delivered in November 2018, and Holland America officials have indicated that she will have a few new features and offerings that are different from her older sister.

Did we miss anything important with our cruise news July 17, 2016? Is there an update you want to share with other travelers? Drop us an anchor below to keep everyone up to date on the most recent travel and cruise related happenings on the web. 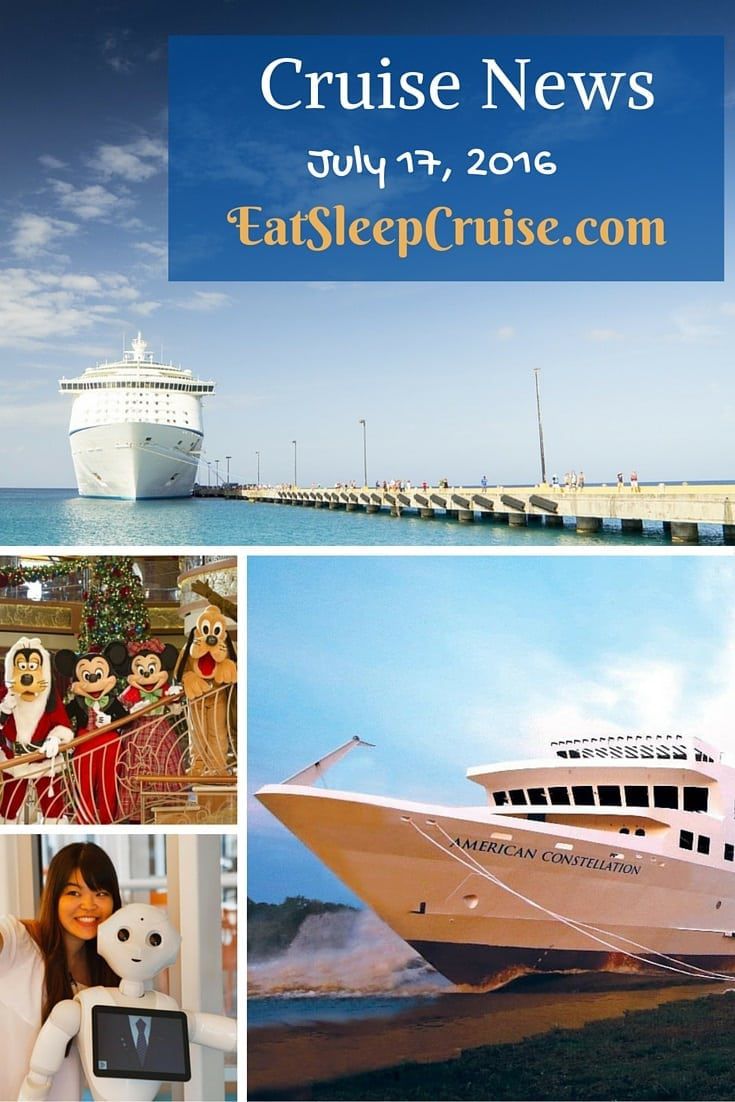 Don Bucolo, or “DB”, loves everything about cruising- the ocean, the food, and the atmosphere. While he may be obsessed with doing extensive amounts of research on ships and all elements of a cruise, Don enjoys sharing his new found knowledge with fellow cruisers. When he is not sailing the high seas, he does whatever his wife tells him to do-it only took 10 years to realize this.
Don
Previous Post « MSC Divina Balcony Room Review
Next Post MSC Divina Review »