Home » All the New Details on Odyssey of the Seas 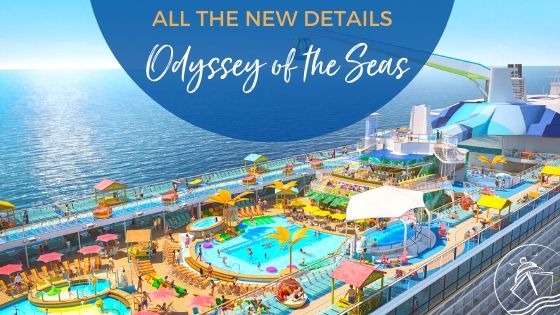 When Odyssey of the Seas sets sail next year, it will be the 27th ship in the Royal Caribbean fleet. The ship will sail 6 and 8 night Caribbean cruises before repositioning to Europe for the Summer 2021 season. Michael Bayley, President and CEO of Royal Caribbean, promises “Odyssey of the Seas will set an all-new standard created to deliver the most memorable vacations by combining immersive experiences, the best of Royal Caribbean’s trendsetting innovations and the signature ‘Royal Way’ service of our dedicated crew members”. 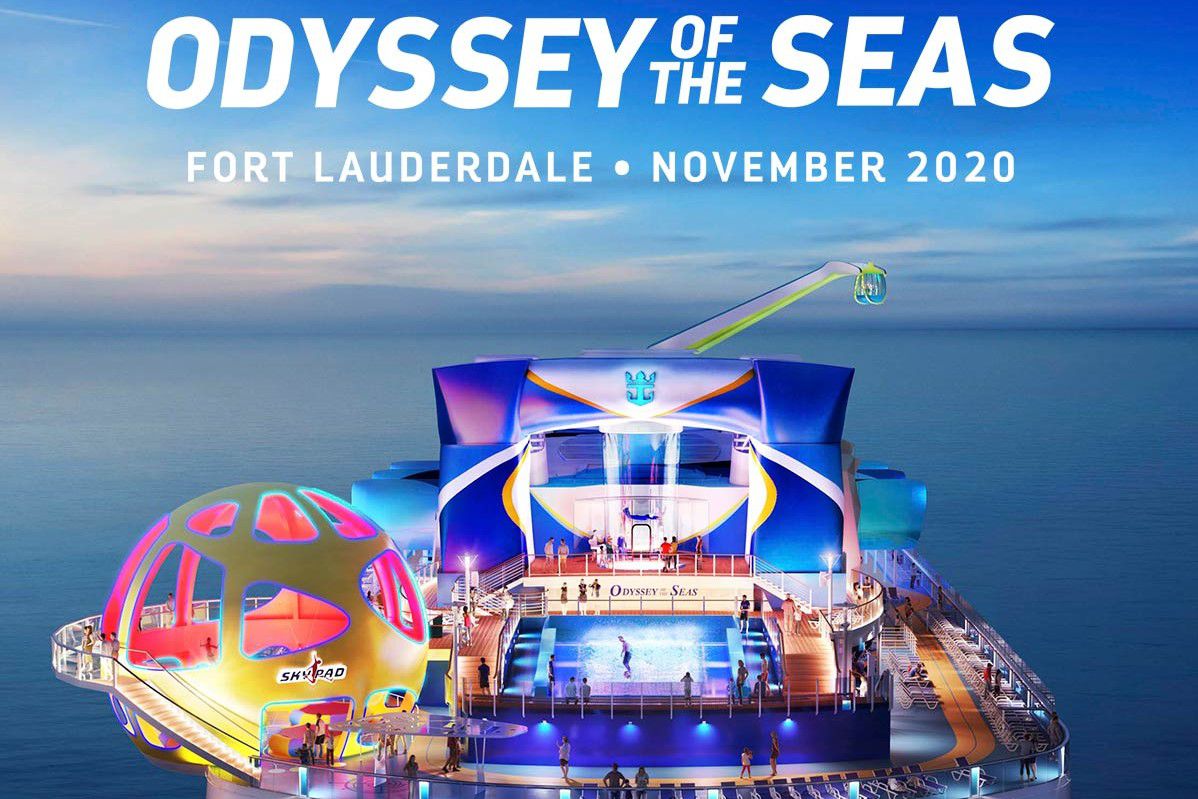 Odyssey of the Seas will feature two familiar favorites from the Quantum Class ships, the RipCord by iFLY and the North Star high flying feats.

RipCord by iFLY is a gravity defying experience where you can literally “fly” while cruising the Caribbean. This indoor skydiving simulator is one of the most hair-raising experiences you will find on any cruise ship.

North Star is a glass observation capsule that rises up to 300 feet above sea level for a bird’s eye view of the ocean or the local port. 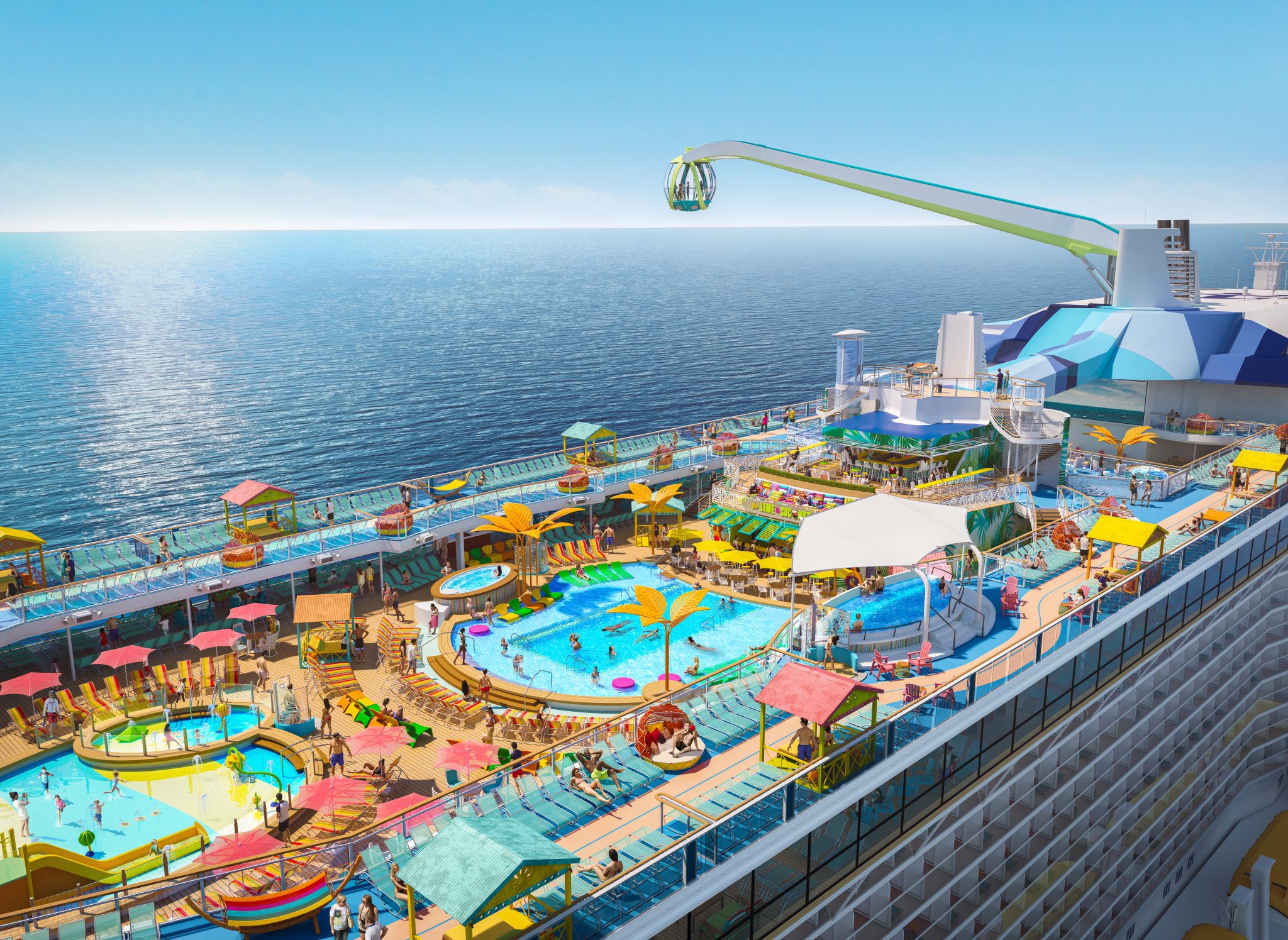 Thrill seekers will also be glad to hear that the Sky Pad which debuted on Mariner of the Seas will also be found on Odyssey of the Seas. This outdoor bungee trampoline experience gives cruisers the opportunity to get some serious airtime while being transported to an out of this world adventure using a VR headset.

Odyssey of the Seas will also be home to the SeaPlex, the largest and most revolutionary indoor space at sea. Similar to other Quantum Class ships, this SeaPlex will have a trapeze school, a full-size basketball court, a roller skating rink, and bumper cars. On Odyssey of the Seas, the upper level of this space will also feature an interactive arcade with VR games and augmented reality floors and walls for high tech competitions.

The space will also double as the glow-in-the-dark laser tag arena, pitting Yetis and Snow Shifters against each other as they battle for survival and control of the mythical ice city in Clash for the Crystal City. 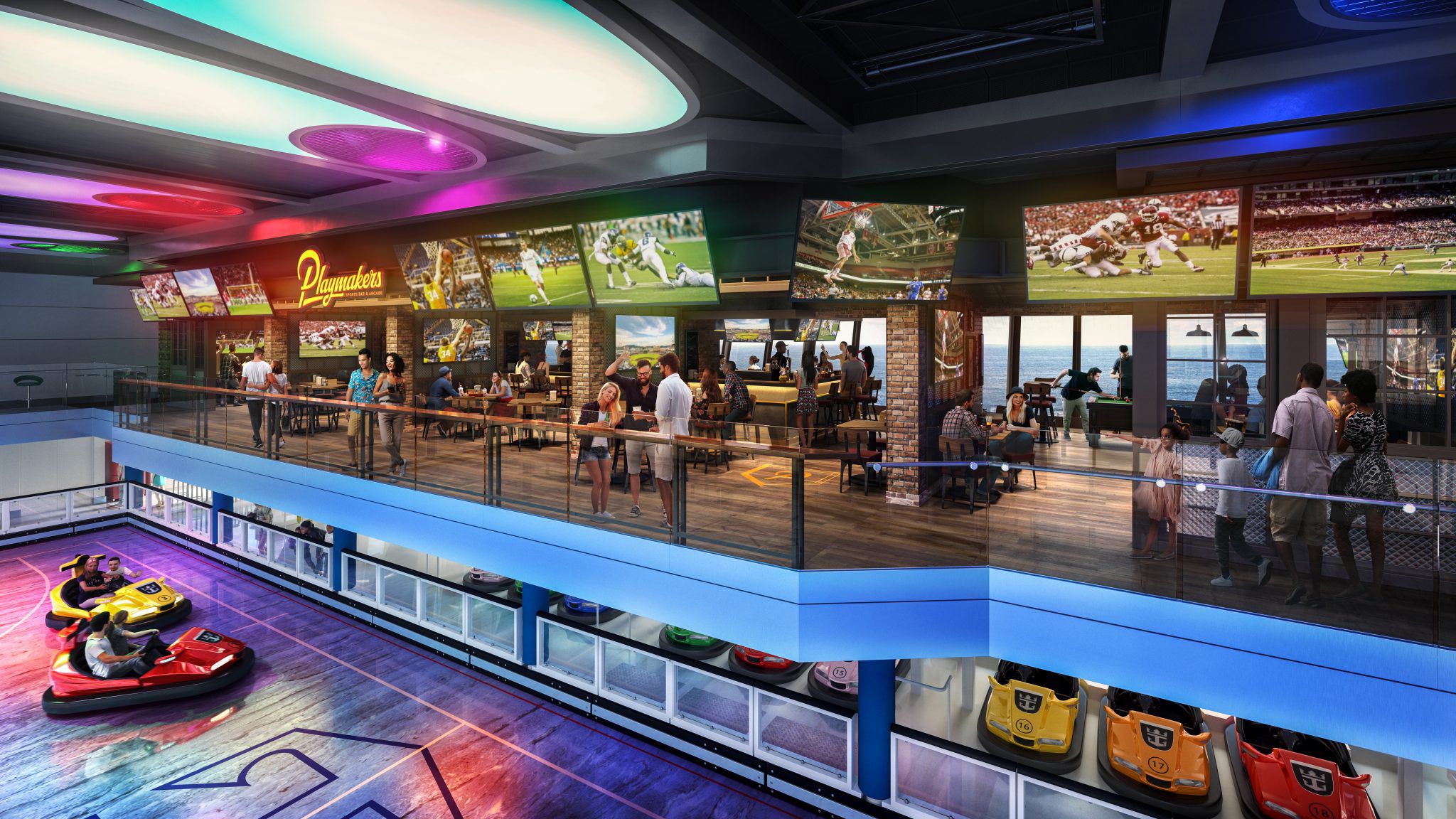 The little ones can have a fun-filled day too at Splashaway Bay. This aqua park will feature waterslides, fountains, water cannons, and more.

Royal Caribbean promises to up the ante with entertainment on Odyssey of the Seas touting signature productions, featuring unrivaled talent, immersive technology, and unparalleled special effects.

The ship will be home to the state of the art Two70 entertainment venue. This aft located space will be your living room by day and a multidimensional theater by night. Similar to the Quantum Class ships, this venue will have Roboscreens that come to life in sync with music, special effects, and live performances.

Love rock and roll? Then, you will love that Odyssey of the Seas will feature the Music Hall, your concert venue at sea. This venue is where you can let your hair down and dance the night away to your favorite rock and pop live performances by first class tribute bands.

While there has been no mention of main theater shows yet, we are sure that Royal Caribbean has something great up their sleeves. 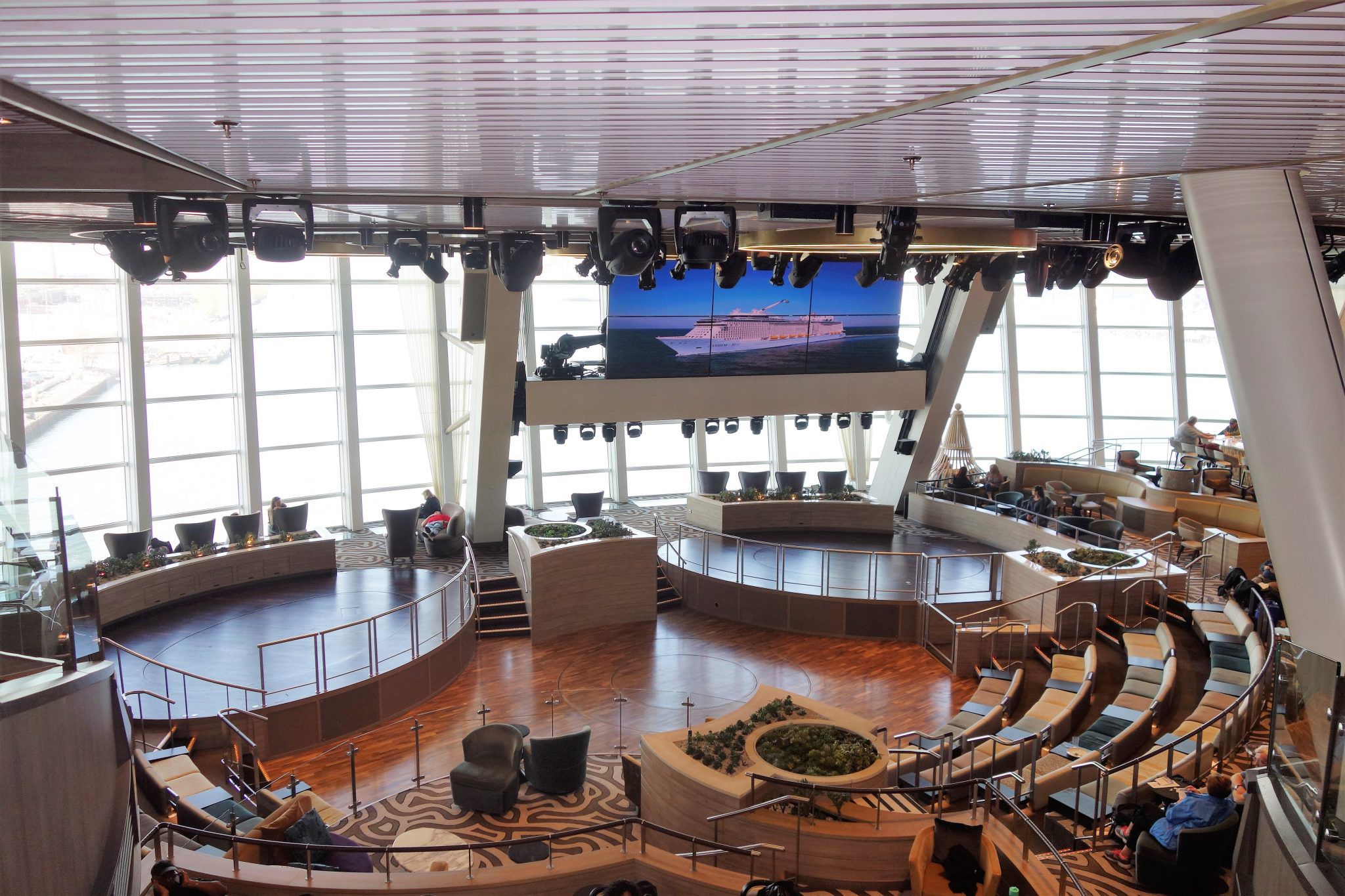 Royal Caribbean didn’t forget about the kids or teens in the design of this revolutionary ship either. Odyssey of the Seas will debut a reimagined Adventure Ocean. Your little ones will be able to participate in their own immersive experiences in an inviting space with an entirely new layout.

Teens will love Social 133, the new space outside the SeaPlex. This lounge area will be equipped with gaming consoles, music, and movies to provide endless options indoors and outdoors on the largest patio hangout yet. Like it or not, you might not be seeing much of your kids on this trip!

Perhaps one of the biggest additions coming to Odyssey of the Seas is a brand-new restaurant, Teppanyaki. Keeping pace with other contemporary cruise lines, Royal Caribbean will now have a dedicated restaurant to serve up Far East flavors in a traditional Japanese cooking style.

The reimagined Giovanni’s Italian Kitchen & Wine Bar, which was announced as part of the amplification on a few other ships in the fleet, will be coming to Odyssey of the Seas as well. This new take on the restaurant will serve rustic Italian dishes including wood-fired pizzas paired with Italian wines in a modern setting.

Finally, Playmakers Sports Bar and Arcade will get a new home on Odyssey of the Seas. While found on the Promenade on some ships and on the Boardwalk on some Oasis Class ships, this venue will be located within the SeaPlex on Odyssey of the Seas. This prime location will offer club-level views of the arena below, TVs at every angle to cheer on your home team, as well as classic board games, pool, and more. Of course, cruisers can still indulge in all their game day favorites like buffalo wings, sliders, nachos, and beer.

We are already booked on Odyssey of the Seas when she makes her North American debut next year, are you?

Do you have a cruise booked on the newest ship in Royal Caribbean’s fleet yet? What do you think of the new details on Odyssey of the Seas? Drop us an anchor below to share what features you are most excited to experience on this vessel when it debuts next year.

Heidi is a physical therapist by profession, cruise enthusiast at heart, and Princess all the time! She is a self-confessed thrill seeker, obsessive planner, and over-packer. She is always looking for the latest and greatest adventures onboard and ashore, enjoys researching top things to do in ports of call, and loves dressing up for formal nights.
The Princess
Previous Post « Pearl Harbor Tours Review
Next Post Viking Jupiter Cruise Review »