Carnival Corporation is on pace to restart over 50% of fleet capacity by October, with 42 ships across eight cruise line brands. 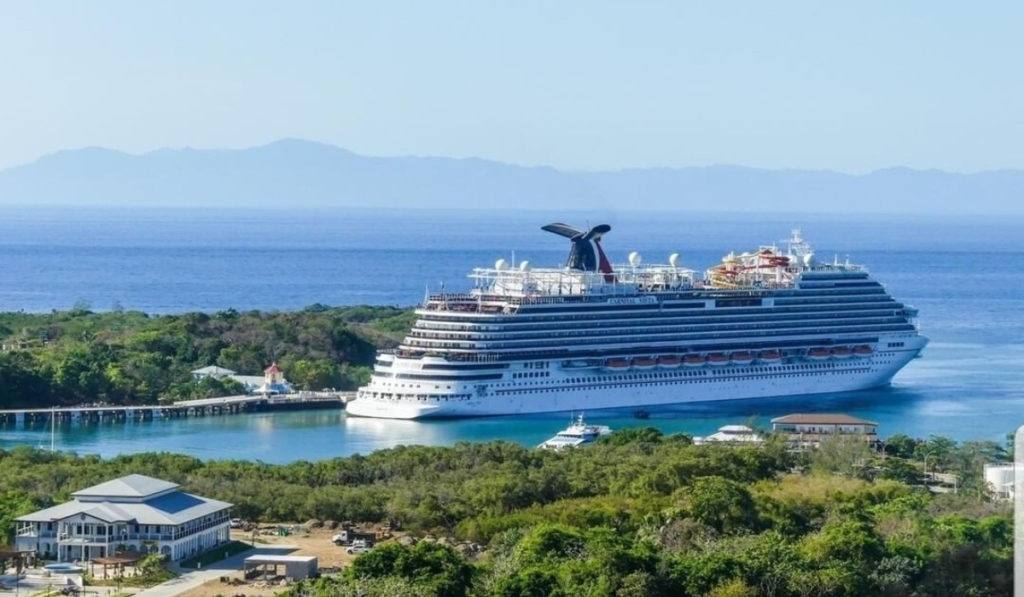 Company’s current operations and announced sailings to date continue building momentum for ongoing restart of cruise vacations, as part of overall goal to return nearly 65% of capacity to begin the New Year

MIAMI (Sept. 23, 2021) – Carnival Corporation & plc (NYSE/LSE: CCL; NYSE: CUK), the world’s largest cruise company, today announced that it expects to return over 50% of its total fleet capacity to guest cruise operations by the end of October, representing an important milestone for the company’s previously announced plans to resume service with nearly 65% of its fleet capacity to begin the New Year.

To date, eight of the company’s nine cruise line brands – Carnival Cruise Line, Princess Cruises, Holland America Line, Seabourn, Costa Cruises, AIDA Cruises, P&O Cruises (UK) and Cunard – have resumed guest sailings. By the end of October, those eight brands have announced they will be operating 42 ships, marking the return of over 50% of the company’s global fleet capacity, as part of overall restart efforts around the world. Additional brand updates on the resumption of guest cruise operations will be forthcoming in the coming weeks, including details on ships and itineraries.

Collectively, the corporation’s brands are resuming operations using a gradual, phased-in approach, with sailings from major global ports in multiple regions around the world, including the U.S., Mexico, Caribbean, United Kingdom, Western Europe and the Mediterranean, among others. The cruises operate with enhanced protocols developed in conjunction with government and health authorities, and informed by guidance from the company’s public health, epidemiological and policy experts. This includes operating vaccinated cruises with updated testing and masking policies that follow the latest guidance, while creating extraordinary vacation experiences that continue to generate high guest satisfaction scores.

“Based on our initial restart of guest cruise operations across eight brands, it is clear from our guests that there is tremendous confidence in our brands, our health and safety protocols, and the return of cruising as one of the world’s most popular vacations,” said Roger Frizzell, chief communications officer for Carnival Corporation. “As the restart of cruising continues to gain momentum and create positive economic activity for people who depend on our industry to make a living, we look forward to serving our guests with more than half our fleet capacity returning in October, while delivering a great guest experience and serving the best interests of public health. Our highest responsibility and top priority remains compliance, environmental protection, and the health, safety and well-being of our guests, our shipboard and shoreside personnel, and the communities we visit.”

The following summarizes Carnival Corporation’s brand restart announcements to date, including those contributing to the 50% milestone in October, along with plans for additional ship restarts as part of the company’s overall goal to return nearly 65% of capacity by December 31, 2021.

In working with global and national health authorities and medical experts, as well as authorities in global destinations, the company’s brands have developed a comprehensive set of health and safety protocols for protection against and mitigation of COVID-19 across the entire cruise experience. This includes cross-industry learnings and best practices based on the proven health and safety record of industrywide sailings, and input from top science and health experts and health authorities. Protocols have been and will continue to be updated based on evolving scientific and medical knowledge related to mitigation strategies. Additional information on enhanced protocols, including the latest information and policies for each Carnival Corporation cruise line brand, is available on individual brand websites.

What do you think of the news that Carnival Corporation is on pace to restart over 50% of fleet capacity by October? Do you have plans to cruise with any of the brands in the near future? Drop us an anchor below to share your upcoming cruise plans.

Heidi is a physical therapist by profession, cruise enthusiast at heart, and Princess all the time! She is a self-confessed thrill seeker, obsessive planner, and over-packer. She is always looking for the latest and greatest adventures onboard and ashore, enjoys researching top things to do in ports of call, and loves dressing up for formal nights.
Heidi
Previous Post « A Day at Royal Caribbean’s Coco Beach Club Floating Cabanas
Next Post Royal Caribbean Group to Build New Cruise Terminal in Ravenna, Italy »