Carnival Corp announces leadership changes with Arnold Donald handing over the role of President and CEO to Josh Weinstein. 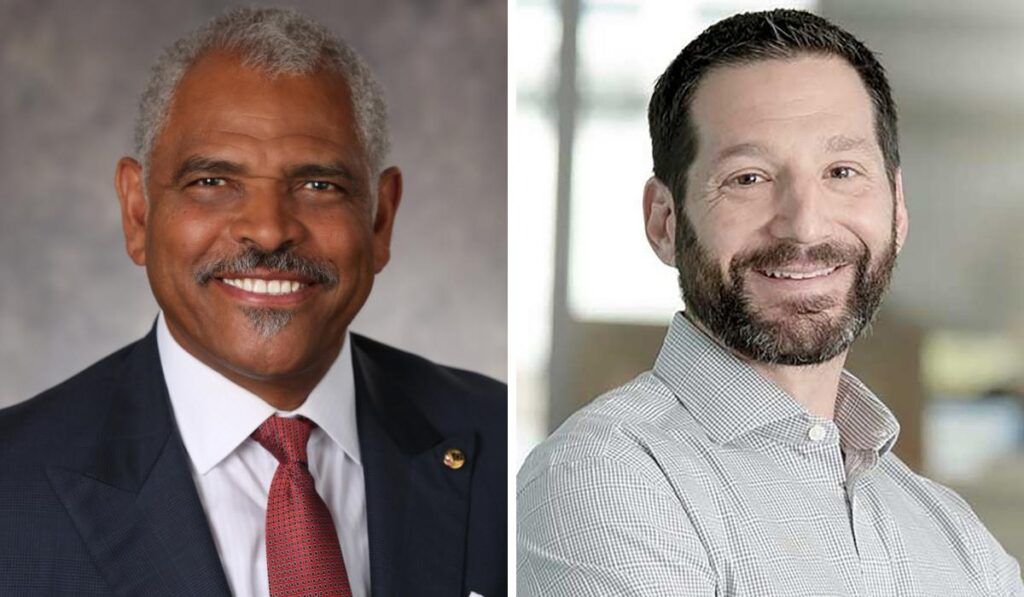 “Josh is a proven executive who is well-respected throughout the company, serving in key leadership roles, driving strong business results during his tenure and playing an integral part in stewarding the company through the global pandemic,” Donald said. “Josh’s thorough understanding of our industry, operations and business strategy puts him in a tremendous position to lead the next phase of our company’s journey. With his vision, intensity and core values truly aligned to those of our company, I cannot think of anyone better suited for this role than Josh.”

A 20-year veteran of Carnival Corporation & plc, Weinstein has a long history of success in critical senior-level roles for the company. In his most recent assignment for the past two years as Carnival Corporation & plc’s Chief Operations Officer, Weinstein oversaw all major operational functions including global maritime, global ports and destinations, global sourcing, global IT and global auditing. During this time, he also oversaw Carnival UK, the operating company for P&O Cruises (UK) and Cunard, which he previously managed directly for three years as president.

Prior to his role with Carnival UK, Weinstein was treasurer for Carnival Corporation & plc for 10 years from 2007 to 2017, overseeing the treasury, tax, insurance and financial planning & analysis functions over this time period. From 2002 to 2007, Weinstein served as an attorney in the corporate legal department.

Weinstein said he recognized what a privilege it is to become CEO of Carnival Corporation & plc.

“I am truly humbled to take up the role of CEO and am honored to lead such a talented team of over 100,000 ship and shoreside team members who do such an incredible job in delivering unforgettable, happy vacations to our guests, day in and day out,” Weinstein said. “I have benefitted tremendously from Arnold’s guidance and mentoring, and I would like to thank him, Micky Arison our Chairman and the entire Boards of Directors for their support. I look forward to building upon the company’s successes as we move forward.”

Weinstein is a graduate of the University of Pennsylvania and the New York University School of Law. A native of New York, Weinstein and his wife have three children.

Weinstein Will Take Charge of a Company Well-Positioned for the Future
Donald was named President and CEO for Carnival Corporation & plc in 2013 and during his nine-year tenure as CEO, Donald led the company to record results, pre-pandemic — including achieving the company’s highest profits in its history.

Recently, Donald has helped the company and its brands successfully navigate the global pandemic, well positioning the company for the future. The company expects each of its nine leading cruise line brand’s full fleets to operate guest cruises in 2022, following what has been an extended pause. Carnival Corporation & plc also anticipates that monthly adjusted EBITDA will turn positive at the beginning of the summer season.

Donald has also helped reshape the company’s fleet profile over his time as CEO, with newer, more efficient and more environmentally advanced ships, which will help provide a strong foundation for fantastic guest experiences and to meet the company’s highest responsibility of compliance, environmental protection and the health, safety and wellbeing of its guests, employees ship and shore, and members of the communities that its brands touch and serve.

Donald’s business career spans nearly four decades, with a variety of senior leadership positions in several industries, including 23 years at agrichemical and biotech company Monsanto and chairman/CEO positions with Merisant, parent company of the Equal sweetener brand, the Juvenile Diabetes Research Foundation and the Executive Leadership Council. He is a graduate of Carleton College, Washington University in St. Louis and the University of Chicago Booth School of Business.

Are you surprised to hear that Carnival Corp announces leadership changes with Arnold Donald handing over the role of President and CEO to Josh Weinstein? Drop us an anchor below to share your reactions to this recent cruise news.

Heidi is a physical therapist by profession, cruise enthusiast at heart, and Princess all the time! She is a self-confessed thrill seeker, obsessive planner, and over-packer. She is always looking for the latest and greatest adventures onboard and ashore, enjoys researching top things to do in ports of call, and loves dressing up for formal nights.
Heidi Bucolo
Previous Post « Virgin Voyages Heads Down Under in 2023
Next Post Norwegian Prima Introduces First Charcoal Sauna at Sea »