Home » Ports of Call » Europe » Sweden » Stockholm » Top Things to Do in Stockholm, Sweden on a Cruise

Often referred to as the "Venice of Scandinavia", there is much to explore in Stockholm. We give you our Top Things to Do in Stockholm, Sweden on a cruise. 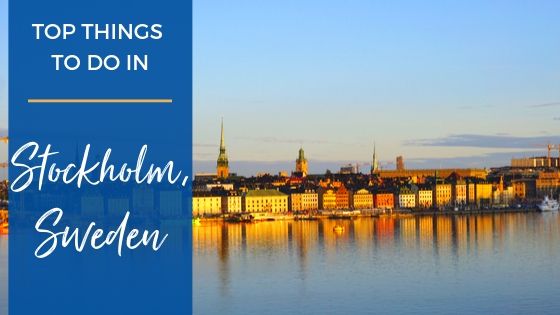 Stockholm, Sweden is often referred to as the “Venice of Scandinavia”. This capital city encompasses 14 islands and more than 50 bridges on an extensive Baltic Sea archipelago. Stockholm is a popular port of call on many Baltic and/or Northern European cruises. As one of the world’s most beautiful cities, you will certainly want to take in all the sights during your visit to Stockholm. Looking for suggestions? We give you our Top Things to Do in Stockholm, Sweden on a cruise.

Top Things to Do in Stockholm, Sweden

A cruise to Stockholm, Sweden should begin with a visit to some of the most popular historic sites on a city highlights tour. Among these notable places is City Hall. This building, known for its architecture and spire featuring the golden three crowns, is one of the most popular tourist attractions in the city. It is also the home of the Nobel Prize Banquet.

The Royal Palace is one of the largest palaces in Europe with over 600 rooms and several museums. It is also the official residence of the Swedish monarch. There is much to see here but some of the highlights include the State Apartments and the changing of the guard that occurs daily in the courtyard at 12:15 pm. 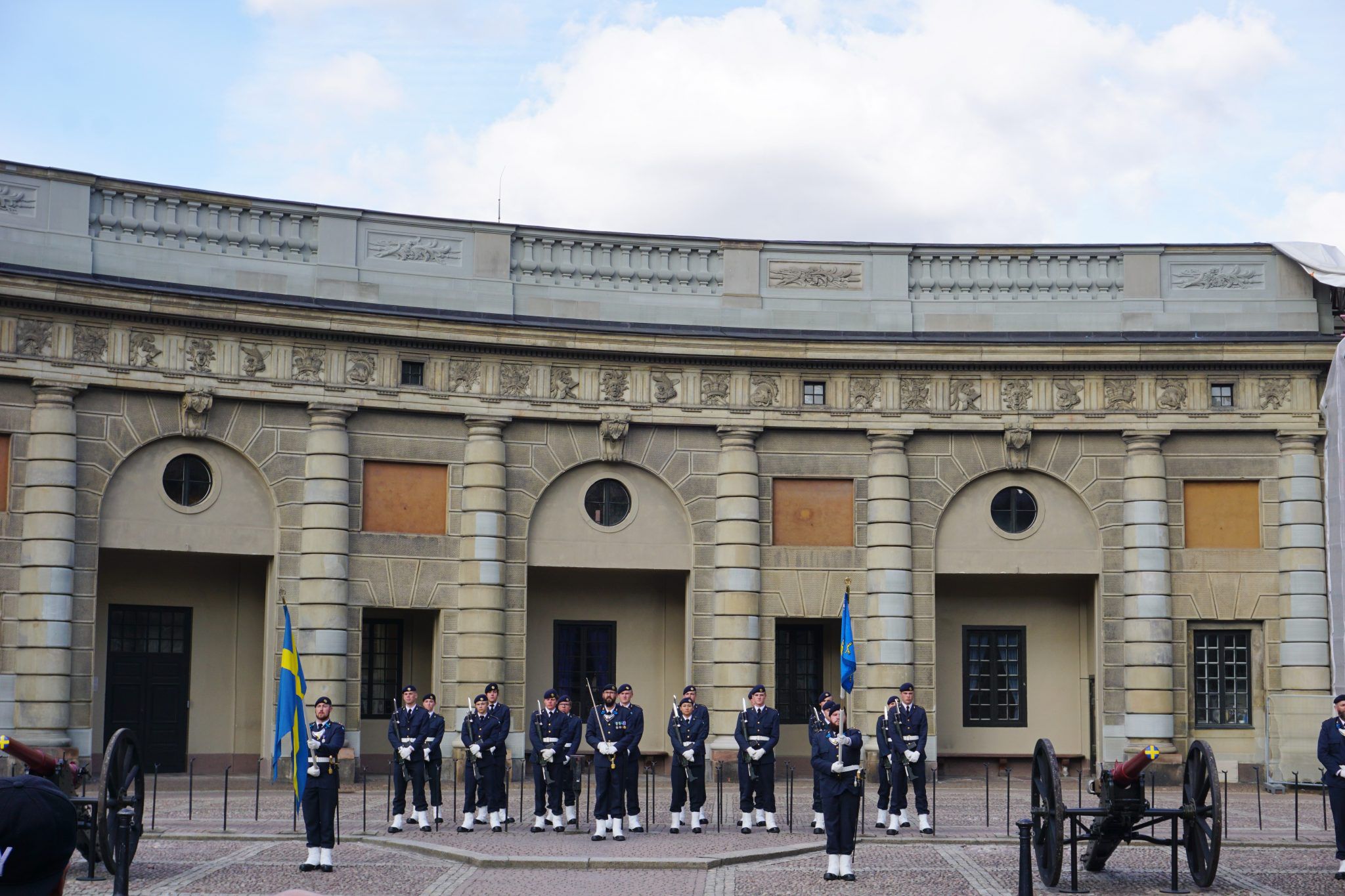 Stockholm Cathedral (Storkyrkan) is the oldest church in the city and the oldest building still in use in Stockholm. It is the site of religious services and concerts and hosts a collection of art, including the famous sculpture of St. George and the Dragon.

Other noteworthy stops include the Parliament, Royal Opera, and Old Town (Gamla Stan) which deserves a full walking tour of its own.

Set Off on a Walking Tour of Old Town

Some of the site listed above, in addition to others, can be explored during a walking tour of Gamla Stan, also referred to as Old Town. With its medieval charm, this is certainly one of the best ways to spend your time in Stockholm, Sweden. You will travel along cobblestone streets and narrow alleys to explore one of the largest and best-preserved city centers in Europe. 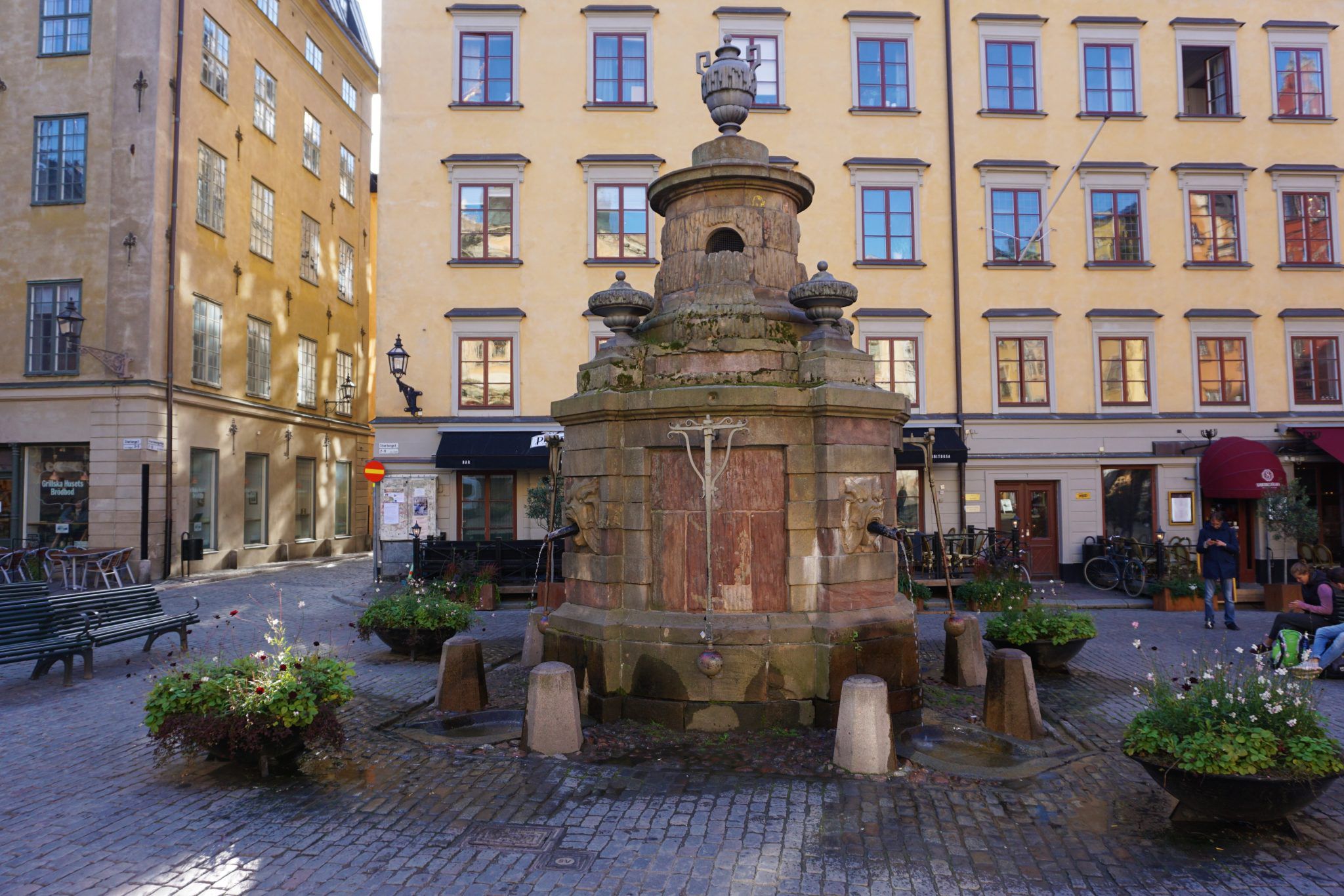 Stortorget, the oldest square in Stockholm, was the scene of the Stockholm Bloodbath in the early 16th century. Today, it is home to the old Stock Exchange, which is now the Nobel Prize Museum and the Swedish Academy.

Vasterlanggatan is Old Town’s number one tourist street, lined with shops and eateries. You will also want to make your way to Marten Trotzig Alley, the narrowest alley in Stockholm. The Stockholm Cathedral and the Royal Palace are also accessible on foot from this area. 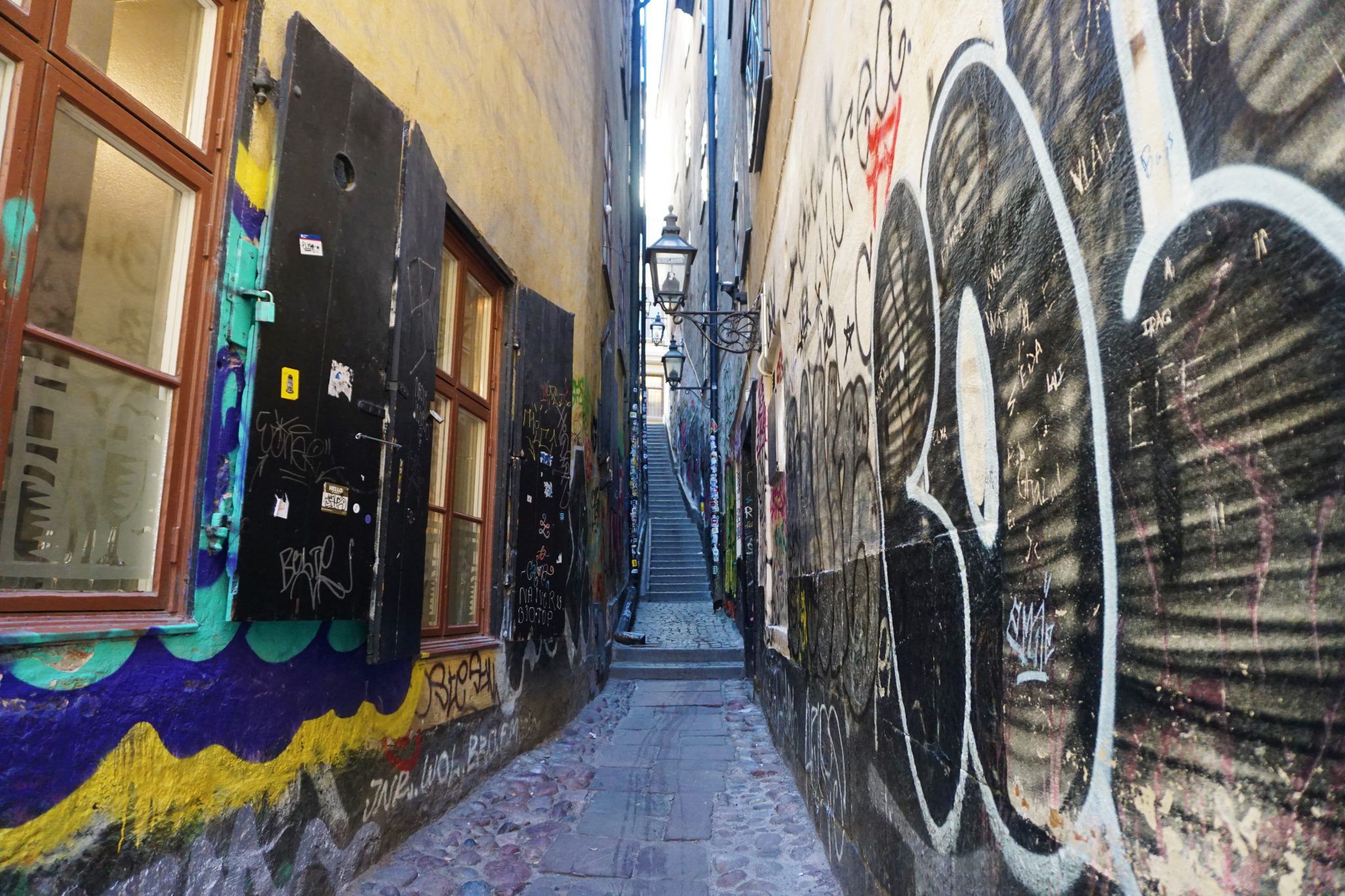 The island of Riddarholmen, connected with Old Town by a bridge, is also worthy of a visit to view the 13th century church, best known as a place for royal burials.

Given that Stockholm is steeped in rich European history, a visit to a museum is certainly one of the best things to do in the city. There are several options available, but the most popular tourist attractions include the Vasa Museum, the Viking Museum, and ABBA: The Museum. All three of these museums are located on the island of Djurgarden which is a quick ferry ride from Slussen (in Old Town).

The Vasa Museum is built around the 17th century Vasa warship which sank in Stockholm’s inner harbor on her maiden voyage in 1628. The ship was salvaged more than 300 years later and restored to much of its former glory. Here, you can take a guided tour or a self-directed tour with an audioguide. There is also a film that tells a story of the building of the ship, its sinking, and the salvage, as well as about life in Stockholm during the 17th century. 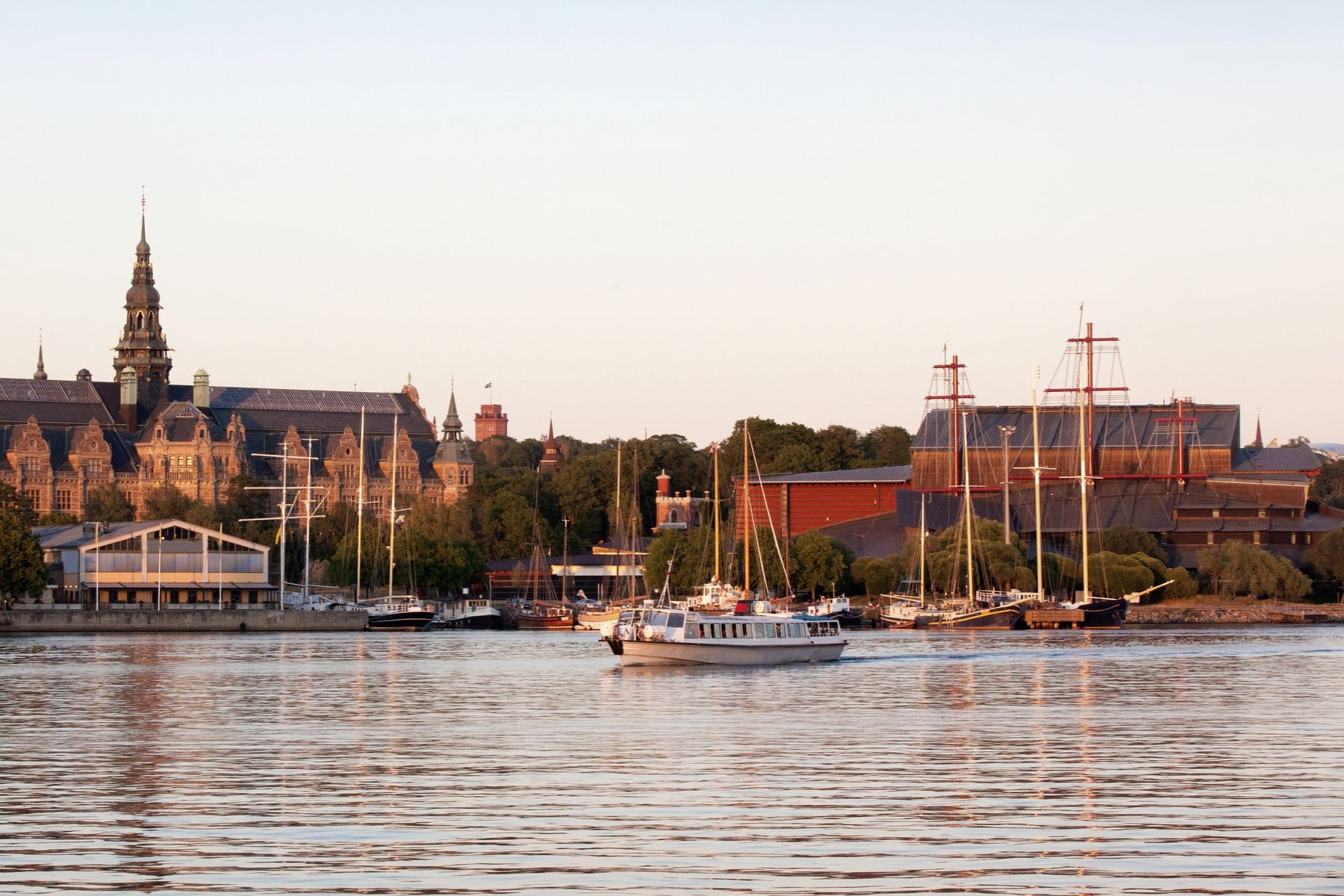 The Life of the Vikings Exhibition, Vikingaliv, at the Viking Musuem tells the story of the Vikings through movies, scenery, and artifacts. There is even a ride, Ragnfrid’s saga, which takes you on a journey through Viking age Europe on a quest for silver.

The ABBA museum pays a fun tribute to ABBA, Sweden’s most successful band. Here, you can enjoy interactive exhibits where you can dance, sing, make a music video, or virtually try on ABBA’s costumes. For an additional charge, audioguides are available where you can listen to the band tell their own stories as you explore the exhibitions.

While you are in area, you should also visit Skansen, the oldest open-air museum in the world founded in 1891. This attraction is home to a unique collection showcasing Sweden’s history. You can spend several hours here exploring historic homesteads, learning the customs and traditions of the area, viewing local craftsmanship, and interacting with Nordic wildlife.

You will see a full replica of an average 19th century town with locals in traditional dress for the time period. There are also several animal exhibits, live music, vendors, and small rides for the kids. Be prepared as there is a lot of ground to cover and much walking required. 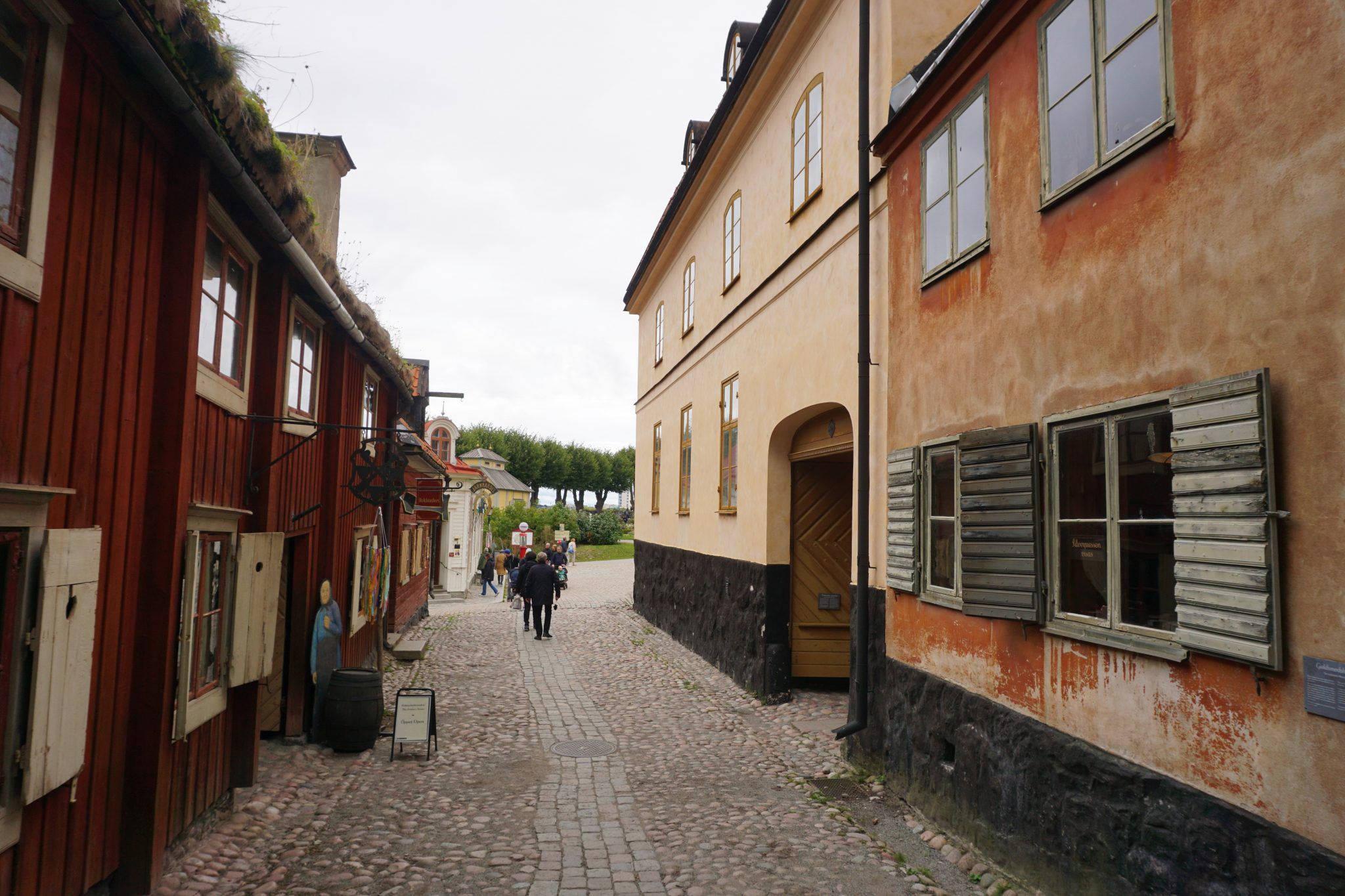 Go for a Ride at Grona Lund

Also located in Djurgarden, Grona Lund is an amusement park situated on the coast of the island. This park has over 30 attractions and is a popular venue for concerts in the summer. This oldest amusement park in Sweden is unique in that most of the buildings date back to the 19th century. This park has traditional amusement rides including seven rollercoasters and a haunted house. Thrillseekers are rewarded with great bird’s eye views of Stockholm from some of the taller attractions. If you have some extra time, you might want to spend a few hours here during your visit to Stockholm. 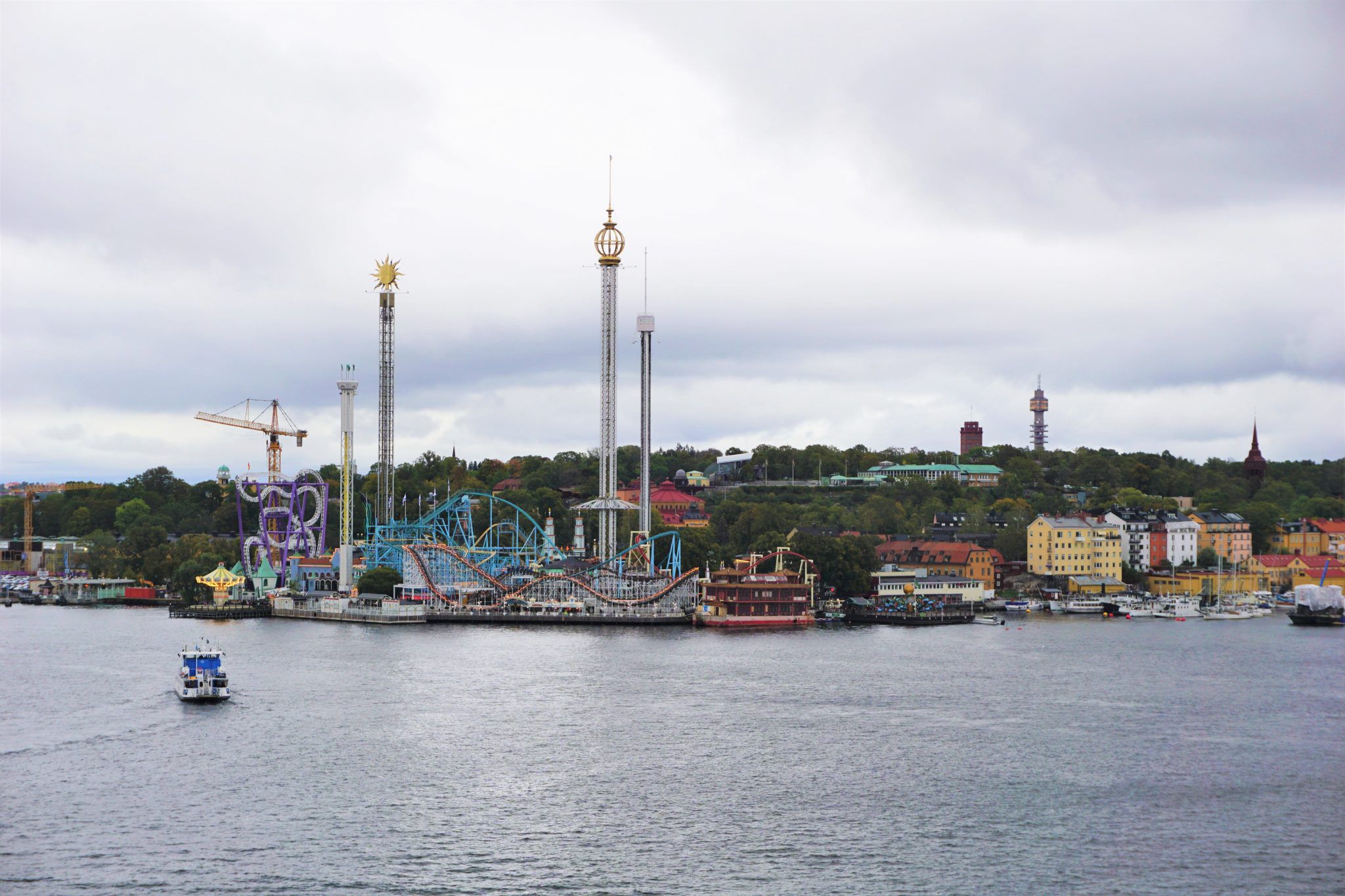 Chill Out at the Ice Bar

Stockholm’s Nordic C Hotel, in the heart of the city, is the location of the world’s first permanent ice bar. The whole interior, including glasses, is carved out of 40 tons of natural ice from the Torne River by ice sculptors. The interior is kept at a balmy 19’ F all year round. Visitors will be given an ice jacket and pair of gloves to keep warm. The entrance fee includes one drink from the menu and a 45-minute visit to admire the artwork. The ice sculptures have a different theme each year, so visiting this cool locale never gets old. Cruise enthusiasts will certainly want to see how this version compares to the ice bars found on NCL ships.

Related Post: What You Need to Know Before Taking a Viking Ocean Cruise

Get a Bird’s Eye View from the SkyView

The SkyView is another popular tourist attraction in Stockholm. This “ride” is located at the Ericsson Globe Arena. The arena itself is the largest spherical building in the world and is primarily used for ice hockey. However, the arena is not the main reason that tourists visit this location. The SkyView is an exhilarating ride along a track on the outside of the building. A glass gondola will transport you to the top of the Globe. At 425 feet above sea level, the glass gondolas will stop for you to marvel over the panoramic city views. These rides depart every 10 minutes, and the entire experience takes about 20 minutes. 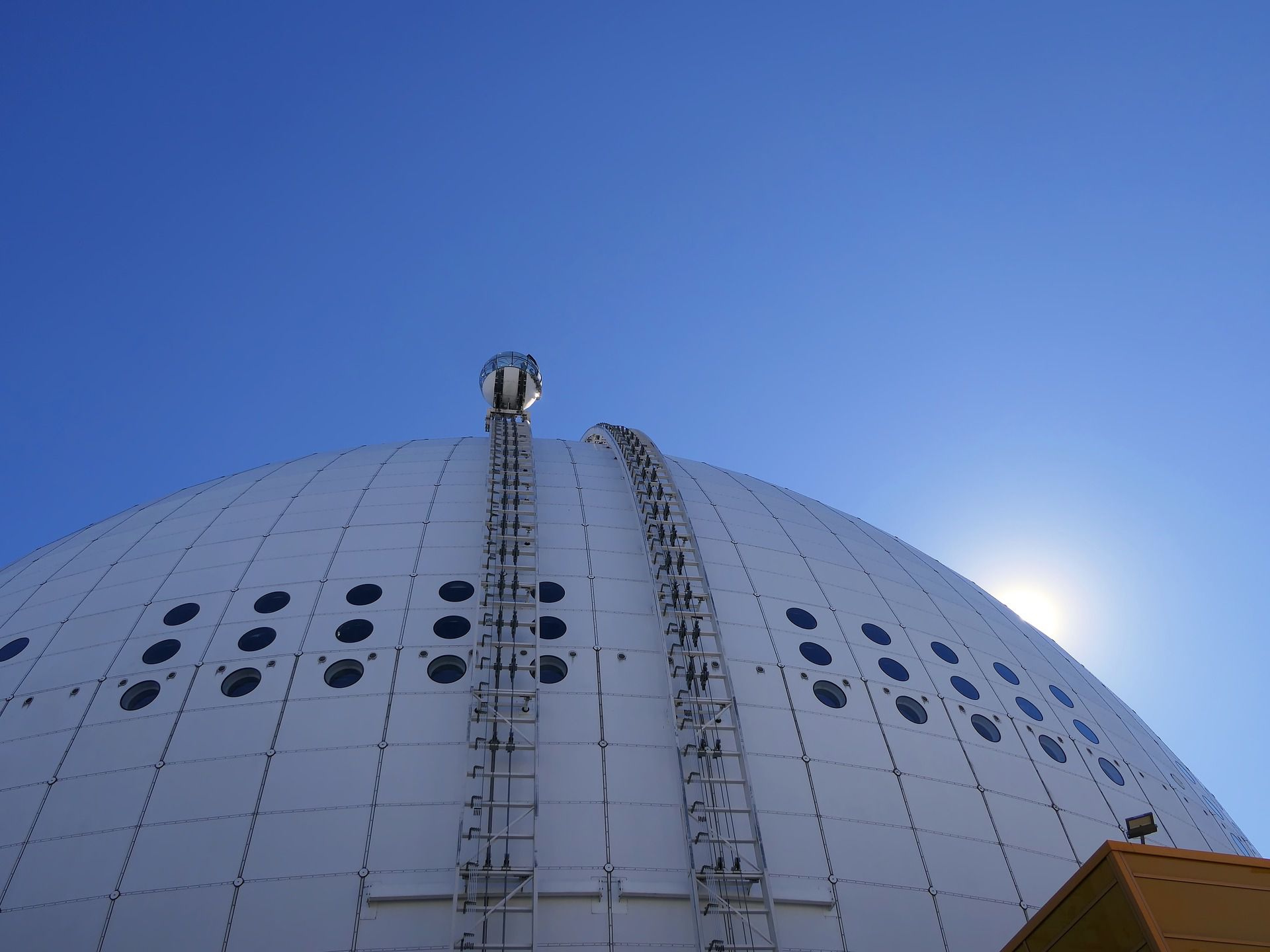 Indulge on a Food Tour

Immerse yourself in Stockholm’s 750 year old history at Hotorgshallen (Haymarket), a historic food hall in the center of the city. Here, you can meet local vendors and chefs who are dedicated to their unique products. You can also sample aged cheeses, pickled herring, smoked salmon, local pastries, and the very best of Nordic cuisine which blends both classical and modern trends to create a vibrant food culture. The market is also full of international specialties from around the world. With such an assortment of food stalls, this is a great place to grab some lunch, or perhaps “fika” like the Swedes.

Located less than a half hour away from the cruise terminal on the western outskirts of the city, a visit to Drottningholm Palace is another top thing to do in Stockholm, Sweden on a cruise. This palace is one of Sweden’s UNESCO World Heritage sites. This picturesque waterfront property was once a summer retreat for royals and held lavish parties. At present time, the rooms in the southern part of the palace are reserved for members of the royal family, but the rest of the grounds are open for the public to explore. The palace features several halls with century timepieces, a beautiful park and formal gardens, a 300 year old palace theater, and a Chinese Pavilion. You can wander the grounds on your own or take a guided tour. 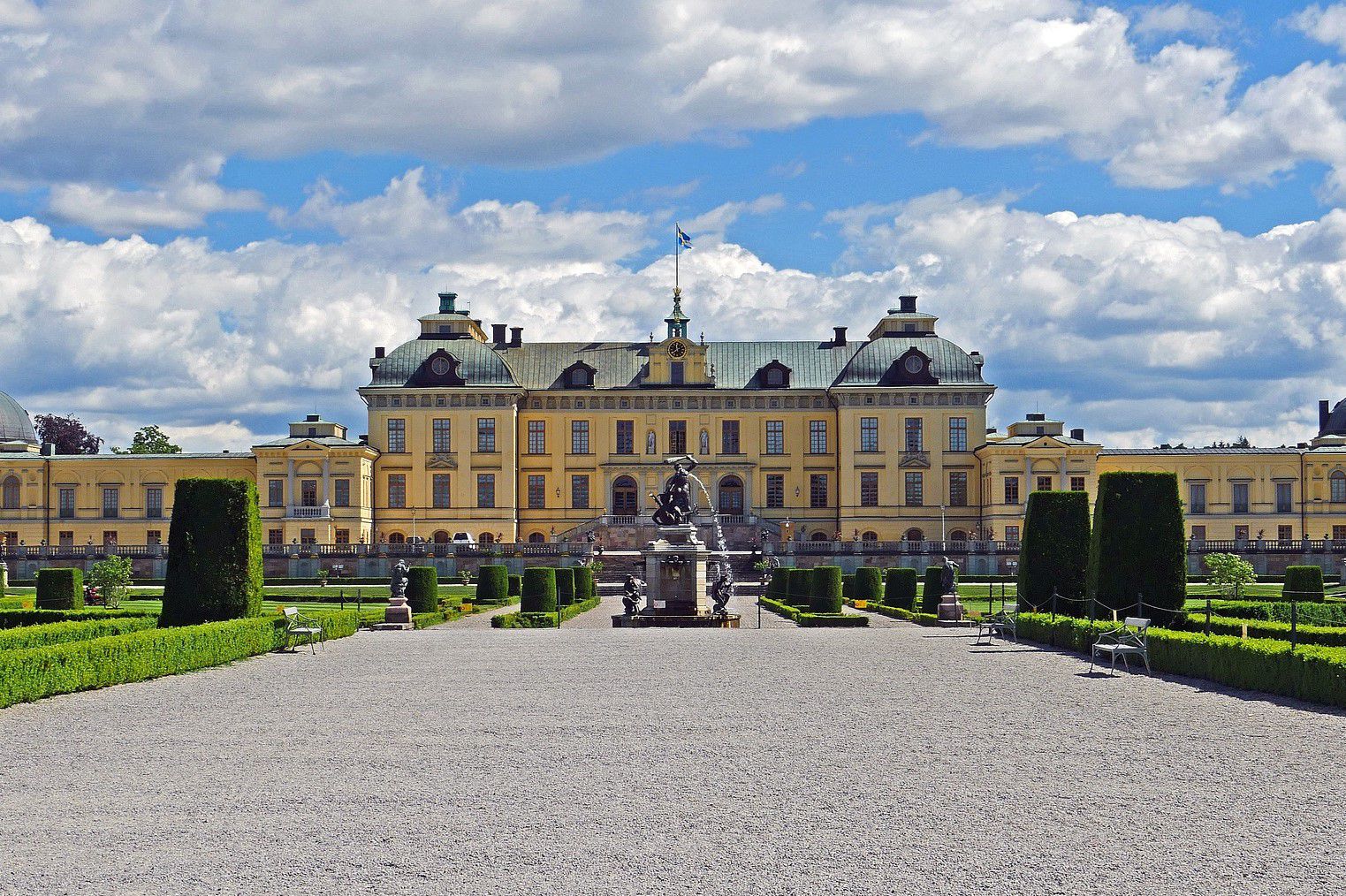 Set Sail on a Canal Cruise

Stockholm is comprised of 14 islands that are separated by open waterways, meaning no matter where you go in the city, you are never far from the shoreline. If you’d like to experience the city from a whole new perspective, we recommend taking a royal canal cruise. As you cruise along navigating the picturesque waterways, you can admire many of Stockholm’s top sights including Gamla Stan, City Hall, the Royal Palace, the island of Djurgarden, the Vasa Museum, the islands of Fjdderholmarna – “the gateway to the archipelago”, and more. The fabulous views of the Stockholm skyline are certainly a sight to behold on a royal canal cruise. 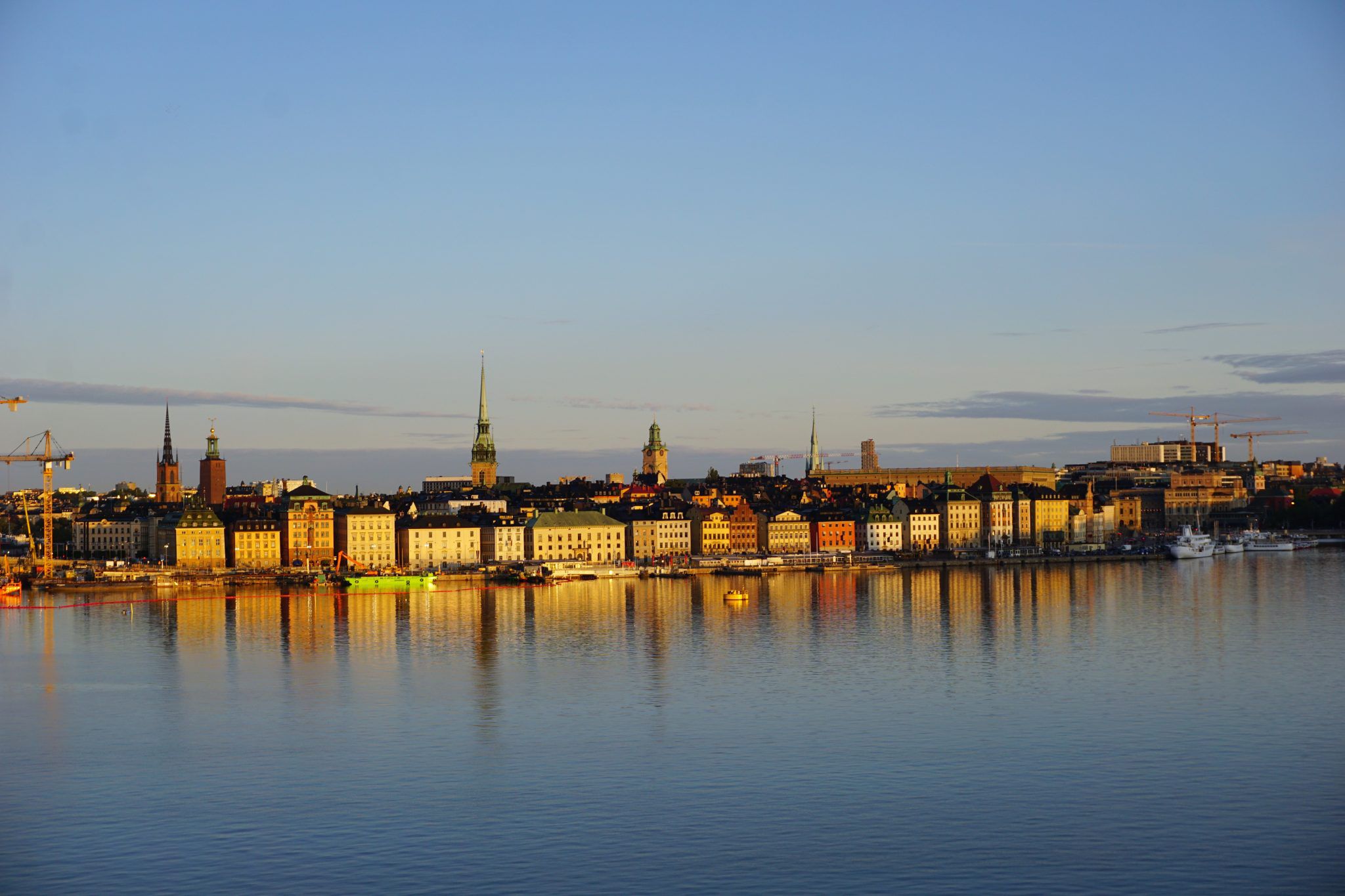 Have you taken a Northern European cruise that visited Stockholm? What are your favorite things to do in this port of call? Drop us an anchor below with your recommendations on the Top Things to Do in Stockholm, Sweden on a Cruise. 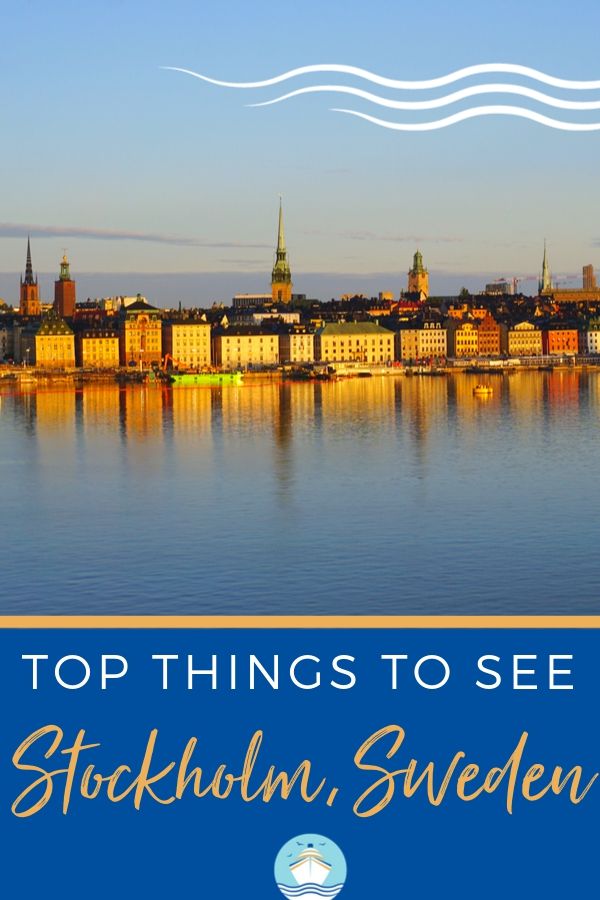 Heidi is a physical therapist by profession, cruise enthusiast at heart, and Princess all the time! She is a self-confessed thrill seeker, obsessive planner, and over-packer. She is always looking for the latest and greatest adventures onboard and ashore, enjoys researching top things to do in ports of call, and loves dressing up for formal nights.
Heidi Bucolo
Previous Post « Norwegian Encore Balcony Cabin Review
Next Post Why We Are Excited to Sail on Carnival Panorama »

Top Things to Do in Stockholm, Sweden on a Cruise