If you are looking to change up your cruise vacation next year, we have some of the hottest spots to visit on a cruise ship in 2017 in our Top Cruise Destinations 2017 edition. 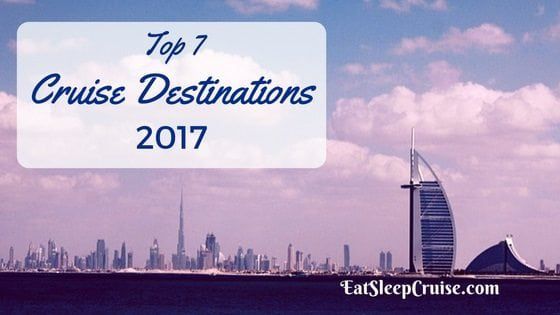 While we often pick our cruise vacations based on the ship, destination does factor into our cruise planning process. Whether it is a new Caribbean island, a favorite port of call, or a completely different part of the globe, most likely you also debate where you should cruise to when reviewing potential vacations. With more and more locations now accessible by cruise ship, your options keep growing. If you are looking for a change of scenery for your sailings next year, here are our 7 top cruise destinations 2017 edition. If you have the vacation days, why not visit them all?

Cruise lines have been adding more and more ships to Southeast Asia for the past two years and extending their seasons in home-ports like Beijing, Singapore, and Baoshan. In 2017, two new cruise ships are slated to hit the region. The Majestic Princess from Princess Cruises and Norwegian Cruise Line’s Norwegian Joy. Both ships are designed specifically to cater to cruisers from the surrounding countries with some impressive first at sea experiences, like onboard go-karts. Along with the recently launched Genting Dream from Dream Cruises, the first ever luxury Asian cruise line, some of the newest ships of the year will be found in China. Sailing to exotic locales like Taiwan, Japan, Thailand, Vietnam, and the Philippines, 2017 is the year to take a Southeast Asian cruise…if you can handle it. 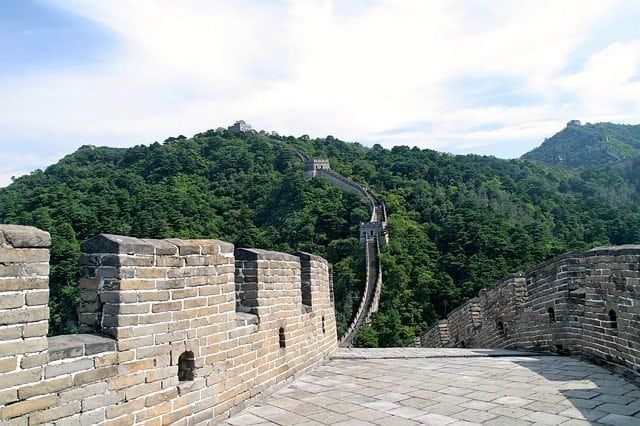 This brand new private resort might just be the best cruise line destination in the Caribbean. With four restaurants, including the Jimmy Buffet Landshark Bar and Grill, several beaches with private cabanas, and a large resort style pool with swim-up bar, Harvest Caye, Belize is meant for relaxation. Not to say that there isn’t plenty of fun in the sun offered here as well, including a 3,000 foot long zip line and viewing tower that will allow you to see the mainland. Water sports such as kayaking, snorkeling and parasailing are also available. How about enjoying the marine life and getting up close and personal with manatees? You can also learn more about the Belizean culture and history by exploring ancient ruins or by mingling with the artisans in the shopping village while you purchase some authentic souvenirs. 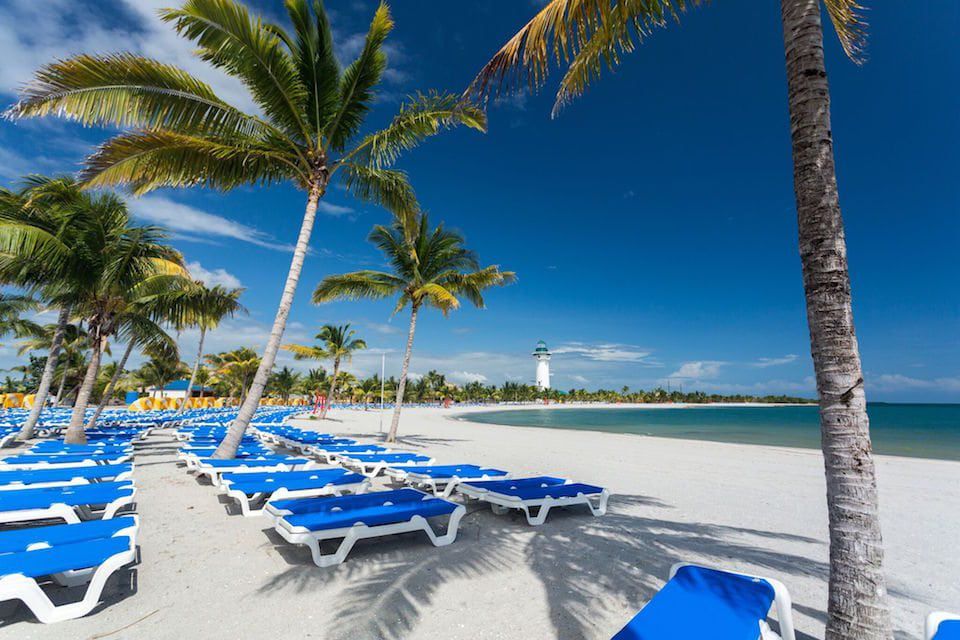 Okay, you might not be able to technically visit the Panama Canal, but in 2017, you can test out the brand new locks when they open up to cruise traffic. However, if you want to take this momentous trek crossing from the Atlantic to the Pacific Ocean, you need to pick the correct ship. The only officially confirmed cruise ship that is scheduled to use the new locks is Princess Cruise Line’s Caribbean Princess. Her first pass through the locks will occur on the October 21st sailing of next year. This milestone will be the first time a ship too large for the old locks will make the voyage. Other cruise lines have hinted that they will also have ships using the new locks including Disney Cruise Line, with other lines suggesting they will use the locks if assigned to do so by canal authorities.

The Galapagos will forever be memorialized as the inspiration behind Charles Darwin’s On the Origin of Species. You too will take home some memories from these dynamic and diverse islands found off the coast of Ecuador in the Pacific Ocean. 2017 is the year to visit these islands as more ships will be visiting the region than ever before. Among the choices is National Geographic Endeavor II, one of the newest expedition ships to be sailing in the region. Other major cruise lines will be sending additional ships to the Galapagos in 2017, including Celebrity Cruises with three ships sailing the region, along with options from Oceania, Regent Seven Seas, and Silversea, among others. Research the ships and itineraries closely as all lines offer a variety of experiences taking you to several of the 20 different islands that make up the Galapagos archipelago. 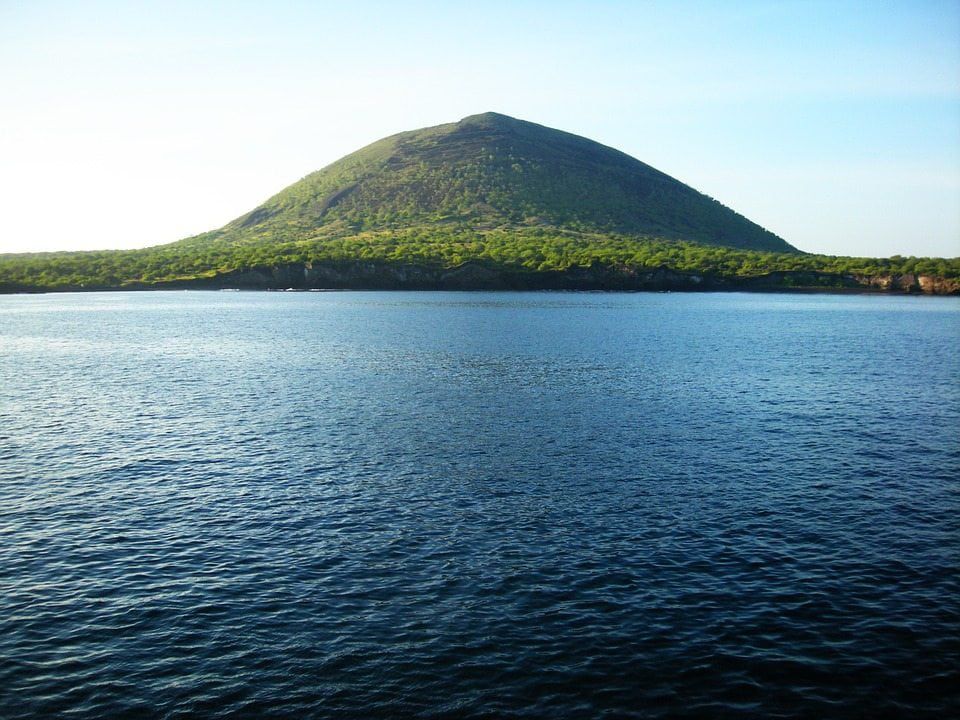 Dubai has been a hot spot for tourists wanting to visit the Middle East for the past few years. Now cruisers can come to enjoy this modern city with over 150 ships visiting the port through the end of next year. New additions include the Celebrity Constellation, which has just arrived in the region and will be offering sailings departing from and visiting this mecca of shopping. Other major cruise lines departing from the port include Costa Cruises, Royal Caribbean International, and MSC Cruises whose new private island, Sir Bani Yas island, is an oasis worthy of exploration as well. Almost every cruise line has itineraries that include a stop for travelers to marvel at the architectural feats or to explore the unspoiled dessert which is a short drive from the booming metropolis. Beaches, food, amusement parks, and history are also on tap for the those who travel to Dubai in 2017. 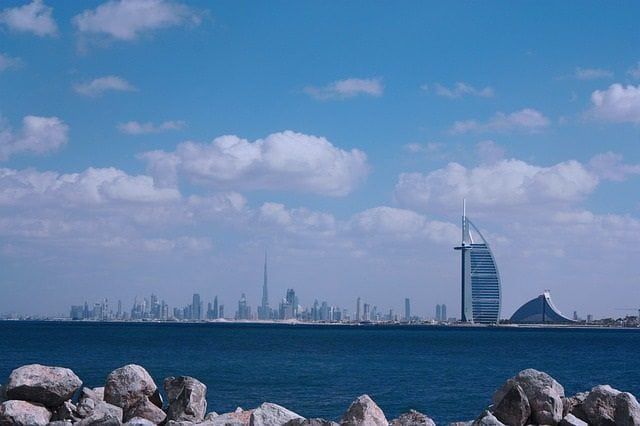 In 2016, Fathom Cruises became the first cruise line to begin regular sailings from the U.S. to  Cuba. This social impact cruise line offers cruisers the opportunity to become engrossed in the culture of the island while participating in cultural immersion activities onboard and at sea. The line will continue to offer 7 night cruises that visit three ports in Cuba, including an overnight stop in the island’s capital of Havana, through May 2017. If you want something a bit more luxurious, Viking Ocean Cruises’ Viking Sun will offer 7 night Caribbean cruises that include an overnight in Havana, Cuba. Announced just a few weeks ago, Norwegian Cruise Line and Royal Caribbean International have also gained approval for sailings to Cuba beginning in spring of 2017. Royal Caribbean’s Empress of the Seas and NCL’s Norwegian Sky are currently scheduled for stops in Cuba in April and May of next year. Expect more itineraries from these lines and more cruise lines to begin offering sailings to this largest Caribbean island in the very near future.

Going to the ends of the globe, quite literally, has never been easier. In 2017, you can explore one of the most unique land masses in the world, Antarctica, from the comforts of a cruise ship. Traverse the glacial ice and encounter the wildlife that call this continent home in this one of a kind cruise vacation. If Antarctica has been on your bucket list for some time, you now have several choices for your expedition. Leading the way is Silversea’s Silver Cloud Expedition, a brand new ice-class expedition ship that will wrap the 200 passengers onboard in elegance and style while getting up close and personal with the island. For those with smaller wallets, Holland America’s MS Zaandam offers select South American cruises that cruise through the northern islands of this continent on 2+ week holidays. 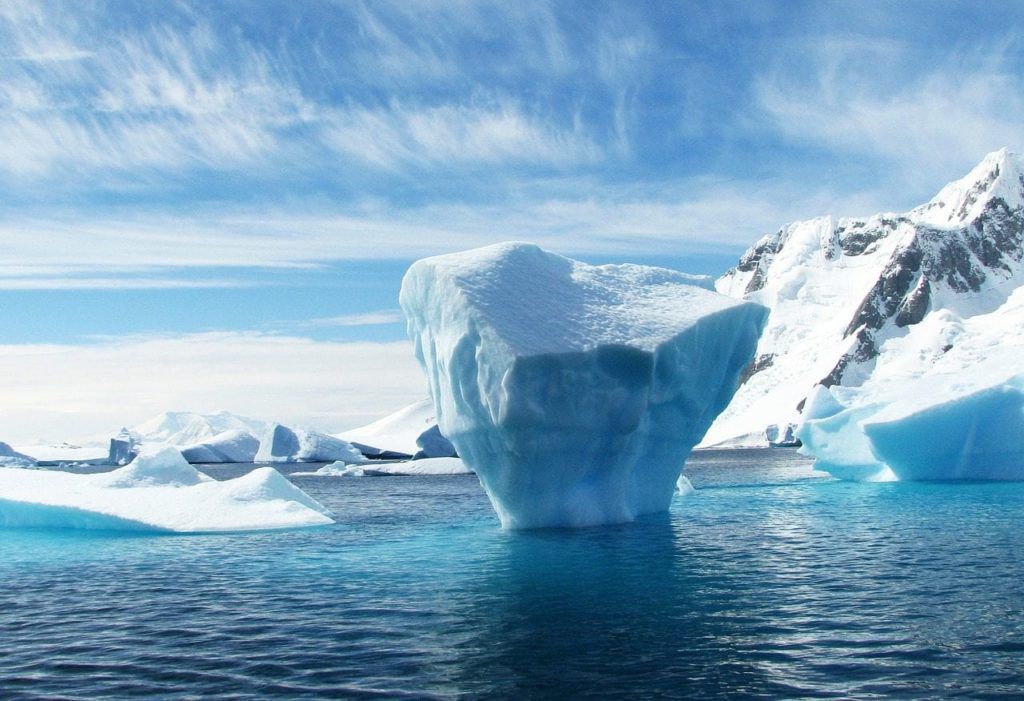 What is on your travel list for 2017? Which locations would you like to cruise to next year? Drop us an anchor below to share your top place to cruise in 2017. 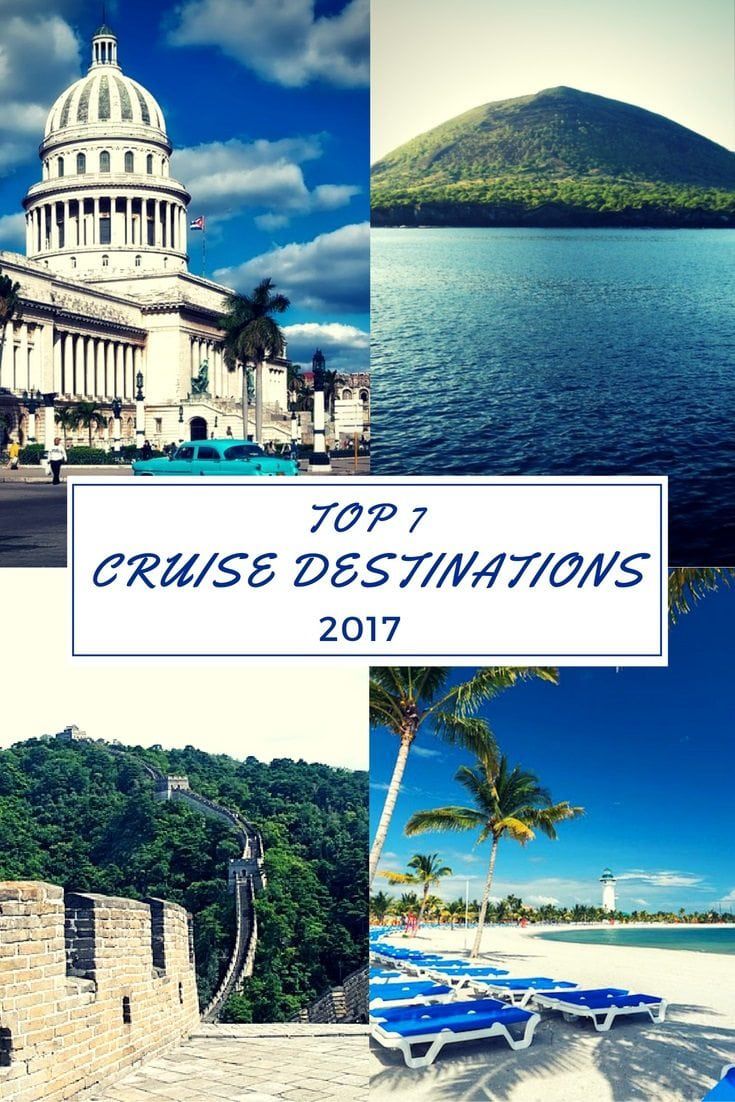 Don Bucolo, or “DB”, loves everything about cruising- the ocean, the food, and the atmosphere. While he may be obsessed with doing extensive amounts of research on ships and all elements of a cruise, Don enjoys sharing his new found knowledge with fellow cruisers. When he is not sailing the high seas, he does whatever his wife tells him to do-it only took 10 years to realize this.
Don
Previous Post « 7 Best New Cruise Ships 2017
Next Post What Are Your New Year’s Cruise Resolutions? »