Since 2016, Norwegian Cruise Line's Norwegian Sky has been offering an "all-inclusive" cruise experience with its "open bar" promotion. As the only mainstream cruise line to offer such a program on short sailings, it has 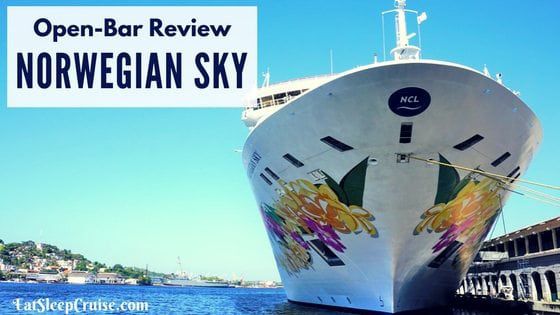 Since 2016, Norwegian Cruise Line’s Norwegian Sky has been offering an “all-inclusive” cruise experience with its “open bar” promotion. As the only mainstream cruise line to offer such a program on short sailings, it has become very popular. Just recently, the Princess and I got to test out the ship on a four day cruise to Cuba. Given all the questions that we have received about our experiences, we have put together this honest breakdown in our Norwegian Sky Open Bar review.

Like any cruise, Norwegian Sky has a base fare for the various room categories. The cheapest room is an inside cabin, followed by an oceanview room, a balcony room, and a suite. Regardless of which room category you choose, your fare entitles you to the following while on your cruise:

-All complimentary meals in quick service areas including Garden Cafe and Great Outdoors Cafe for breakfast, lunch, dinner, and snacks.

-Sit down meals in the main dining rooms for breakfast, lunch, and dinner.

-Several musical acts in onboard lounges and bars.

-Onboard activities including trivia, game shows and contests, dance parties, demonstrations, and more.

While this is typical with all mainstream cruise lines, what separates Norwegian Sky from the pack is the “open-bar”. What is Included in the Open-Bar on Norwegian Sky?

Is the open bar on Norwegian Sky too good to be true? Our sincere answer is no…and yes. The package is exactly what the cruise line states, including an unlimited selection of beers, wines, and alcoholic beverages from the bar in your cruise fare. We found the selection of beers to be on par with other cruise ships. While limited, the selection of wines was also on par with those typically covered in other cruise line drink packages. Casual wine drinkers will be sure to find something that suits their palettes; although, the selections probably won’t impress true wine aficionados.

The biggest difference between the Norwegian Sky open-bar and other cruise ships comes with the mixed drinks. Many of the signature drinks on the bar menus found throughout the vessel are pre-made and stored in giant jugs at most of the bars and lounges. These “freshly made” concoctions often do not resemble the handcrafted flavors you would expect from a made to order cocktail. For instance, the mojitos from the Norwegian Sky’s Mojito Bar (Atrium Bar) tasted nothing like their counterparts that we recently enjoyed on Norwegian Getaway. There are a few Top Shelf liquors that are not part of the program, and bartenders will be quick to tell you what labels and brands are not included. If you choose to purchase one of those drinks, you will need to pay the full advertised price in the bar menu. There are also a few specialty drinks that are not covered in the open-bar, including the frozen slushies which will cost you a few dollars. Other exclusions include mini-bar items and bottles of liquor. You will need to pay for those purchases as well. 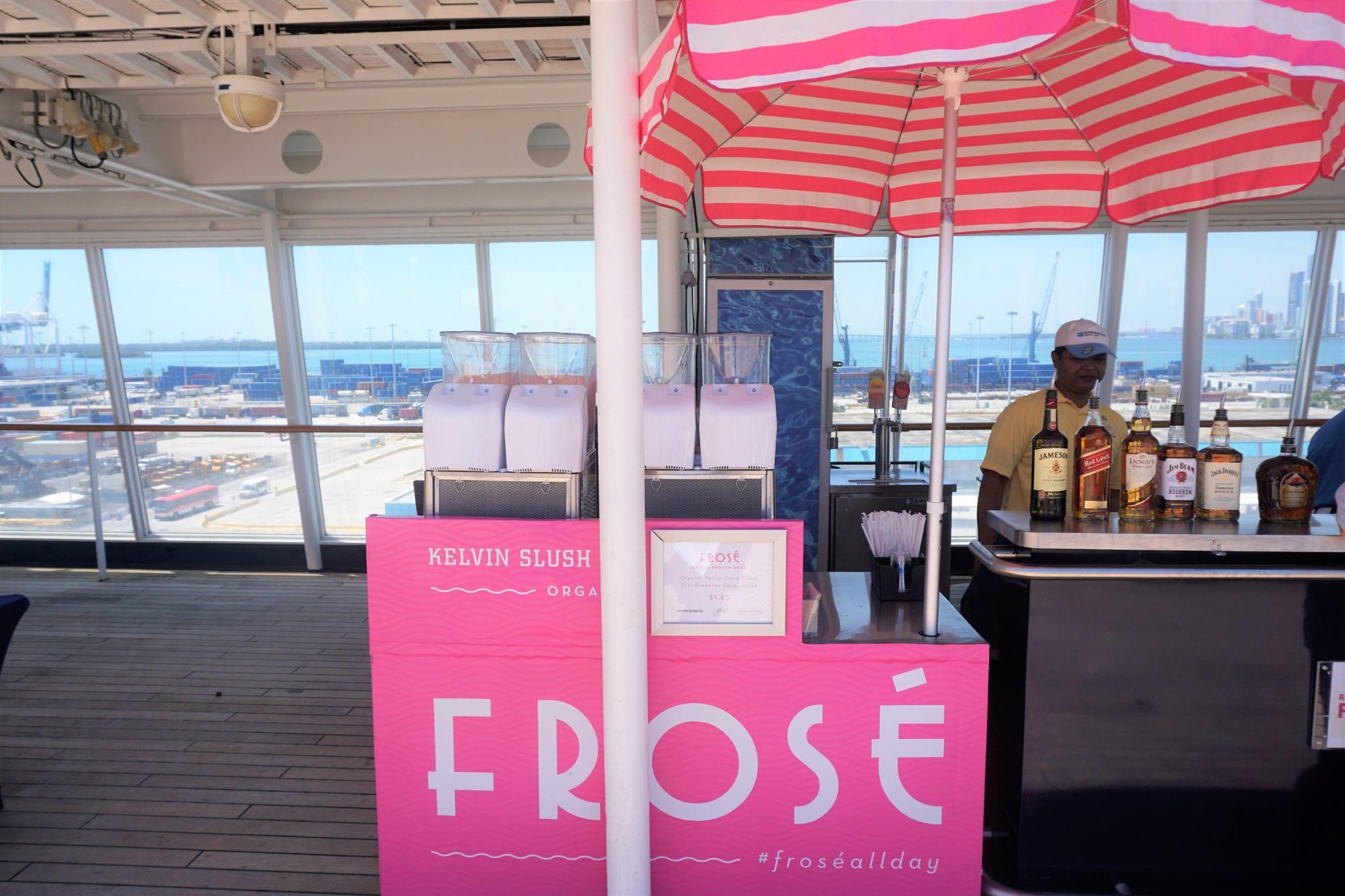 Along with the alcoholic beverages, the “open-bar” also includes soft drinks and some juices from the bar and during meals. However, the program does not cover drinks like bottled water (either distilled or sparkling), specialty coffees and lattes, or other bottled beverages like sports drinks or energy drinks. You will need to pay out of pocket for those beverages as well.

A huge plus and time saver on Norwegian Sky is that you never need to sign a slip or swipe your card at a bar or restaurant. Plus, bartenders will often give you two drinks when you order them. Most mainstream cruise lines limit travelers to one alcoholic beverage at a time and often still require you to sign a receipt even if you have the drink package. The convenience and ease of the open-bar makes ordering drinks fast and efficient. We hardly ever encountered a wait as each bar was well staffed.

Where the Open-Bar on Norwegian Sky Works

The best part of the program is that the open-bar works everywhere on the ship. You can order drinks in every one of the 10 bars and lounges, in the main theater, and in all of the restaurants, both complimentary and specialty. The open-bar also works at all the bars on the cruise line’s private island of Great Stirrup Cay. This means you can enjoy free drinks both on land and while at sea. Another great benefit! Who’s ready for a pub crawl? 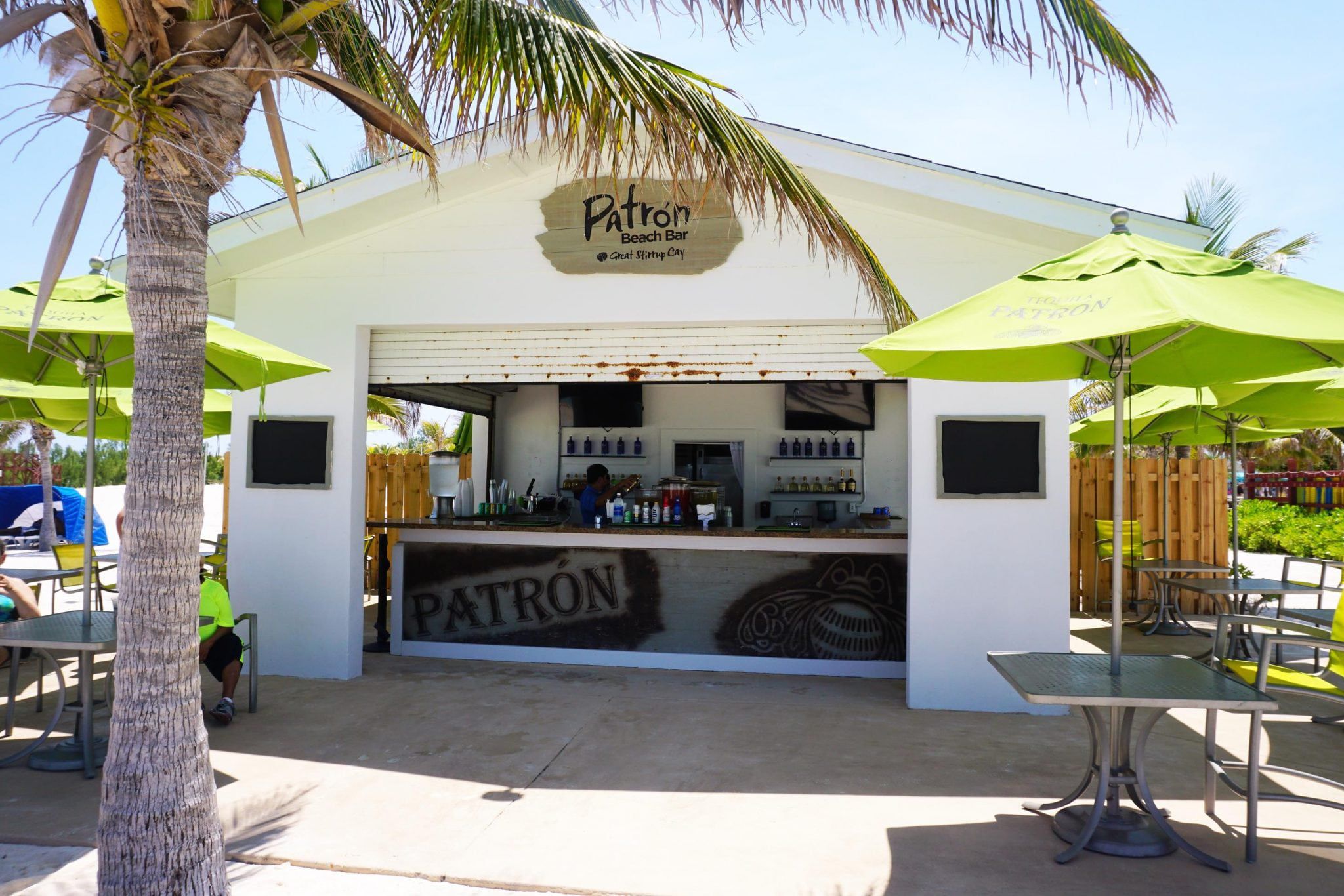 The Value of the Open Bar on Norwegian Sky

If you are comparing Norwegian Sky to other similar three and four day cruises, you must factor in the cost of the drink package. Norwegian Cruise Line sells the same experience for $79 a day on other ships. That might be a bit steep, but other cruise lines have similar packages for about $50 a day. Norwegian Sky is one of the largest ships currently offering short Bahamas and Cuba cruises. Compared to its counterparts, Norwegian Sky offers more onboard activities, more bars and lounges, and three specialty dining venues. 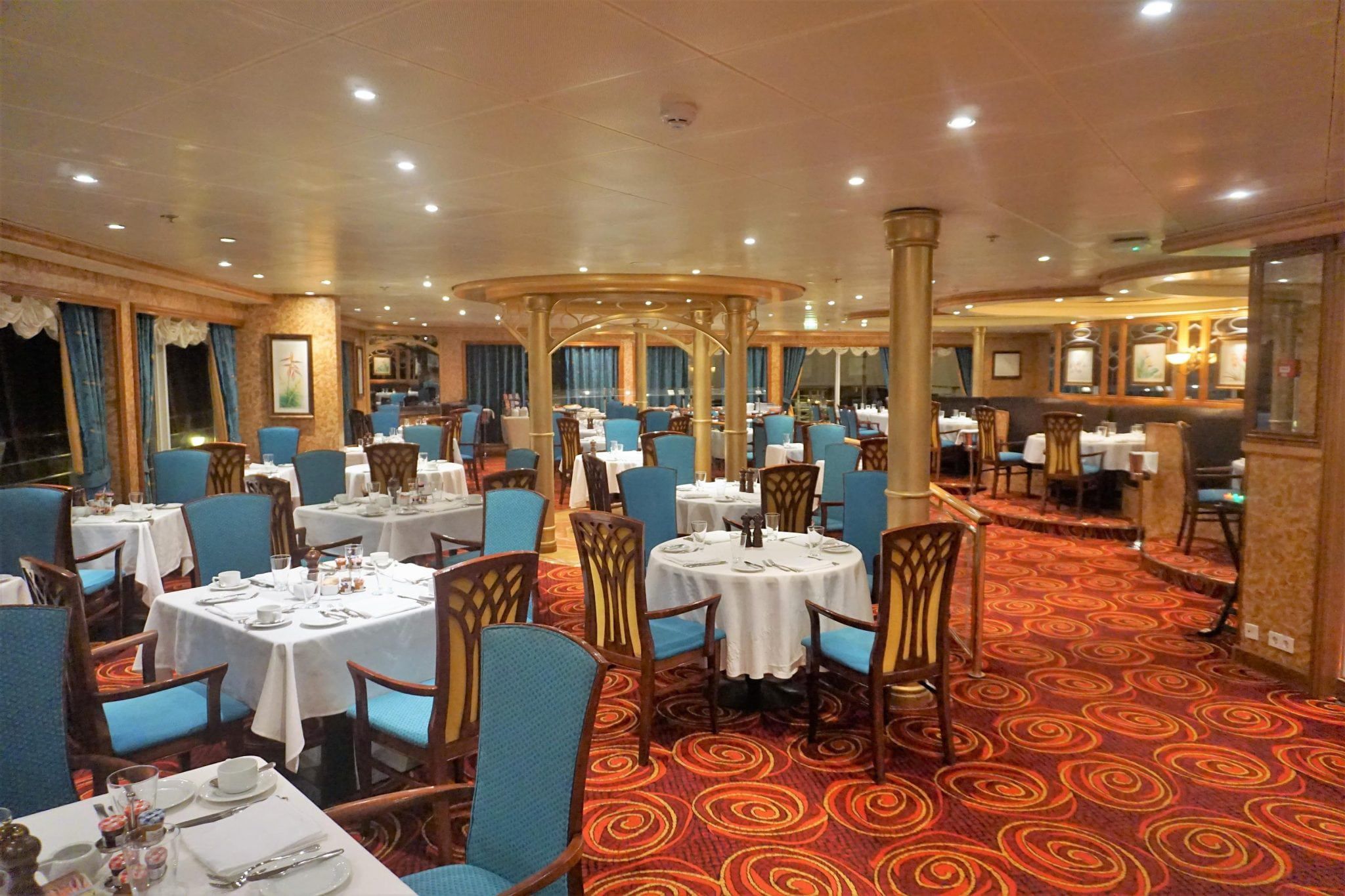 So, if you are looking at cruises and find many around the same base fare cost, don’t forgot to factor in the price of a drink package for each adult. After doing that math, it was a no-brainer for us to book the 4 day Cuba cruise on Norwegian Sky that we took a few months ago.

To recap, the open-bar on Norwegian Sky does encompass almost all alcoholic drinks on the ship. The few rare top shelf spirits that are not included would be off limits with other cruise line packages as well. The program works throughout the ship and on the brand’s private island of Great Stirrup Cay. Typical restrictions include the mini-bar, select non-alcoholic specialty drinks, bottled water, and full bottles of liquor. The biggest let down was that many popular cruise drinks were pre-made in large batches. While this was disheartening, it did not ruin our trip. 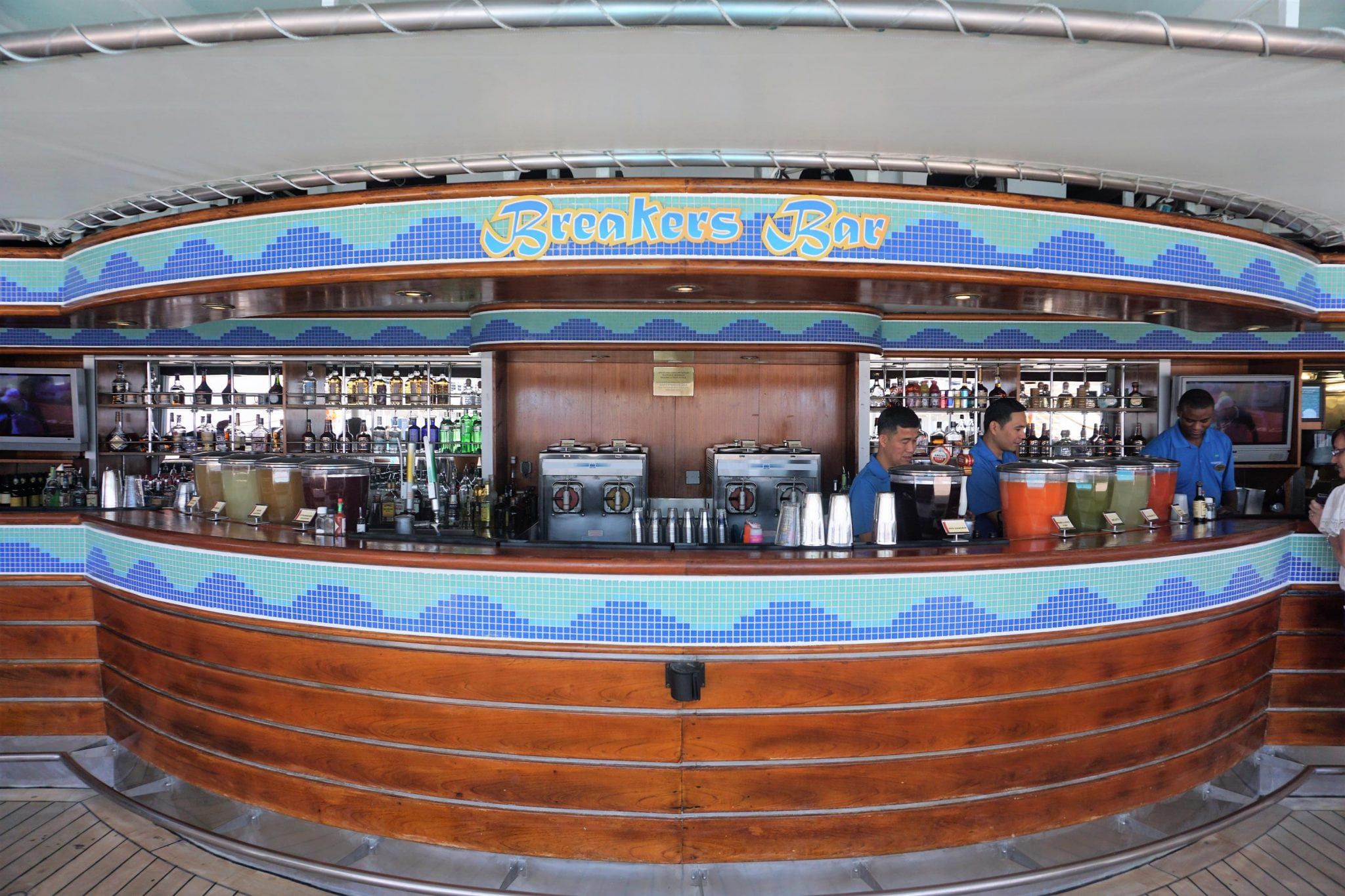 We would fall a bit short of calling this a truly “all inclusive” cruise though. When compared to premium and luxury cruise brands that advertise an “all-inclusive” experience, Norwegian Sky falls short on several factors like onboard WiFi, shore excursions at port, dining at specialty restaurants, and gratuities which are NOT part of the base fare. All of these items are additional charges on Norwegian Sky. Still, Norwegian Sky is a good value for a mainstream cruise line. We would sail on Norwegian Sky again in a heartbeat and believe the open bar makes the ship a top contender for short getaway cruises.

Have you sailed on Norwegian Sky? What is your take on the open bar? Drop us an anchor below to share your review of this Norwegian Cruise Line ship. 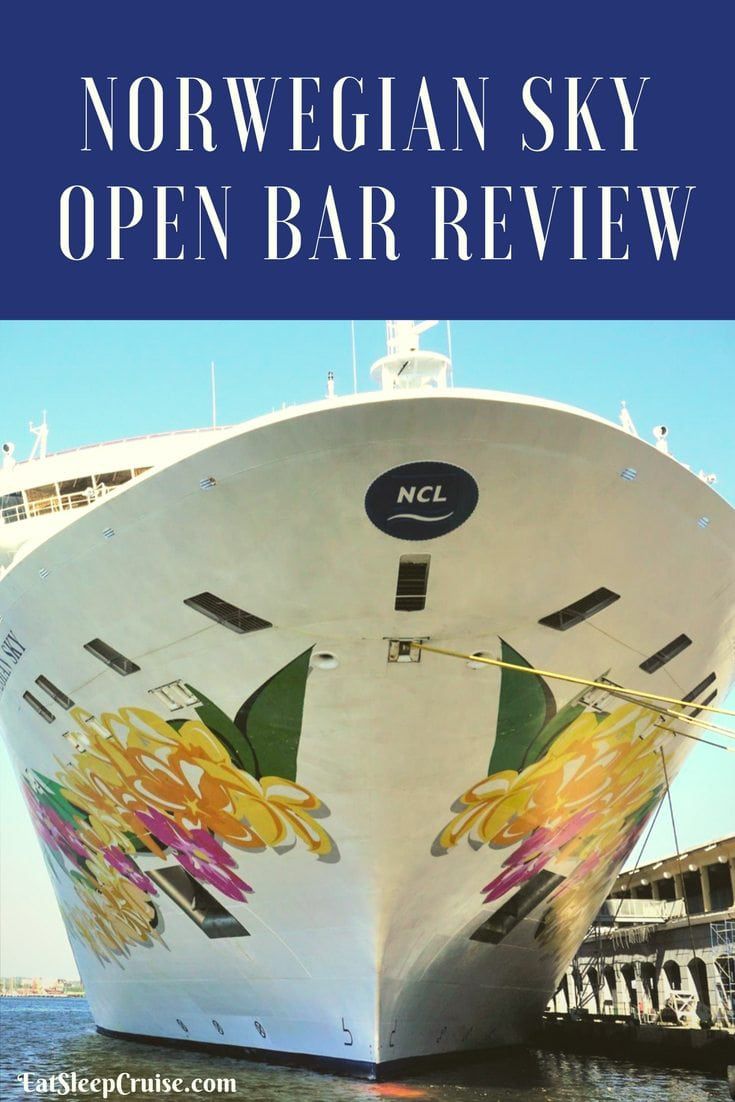 Don Bucolo, or “DB”, loves everything about cruising- the ocean, the food, and the atmosphere. While he may be obsessed with doing extensive amounts of research on ships and all elements of a cruise, Don enjoys sharing his new found knowledge with fellow cruisers. When he is not sailing the high seas, he does whatever his wife tells him to do-it only took 10 years to realize this.
Don
Previous Post « Cruise News July 16, 2017
Next Post Carving into Moderno on Norwegian Getaway »