Norwegian Getaway and Norwegian Epic return to cruising in the Mediterranean, marking a third of the NCL fleet now back in operation. 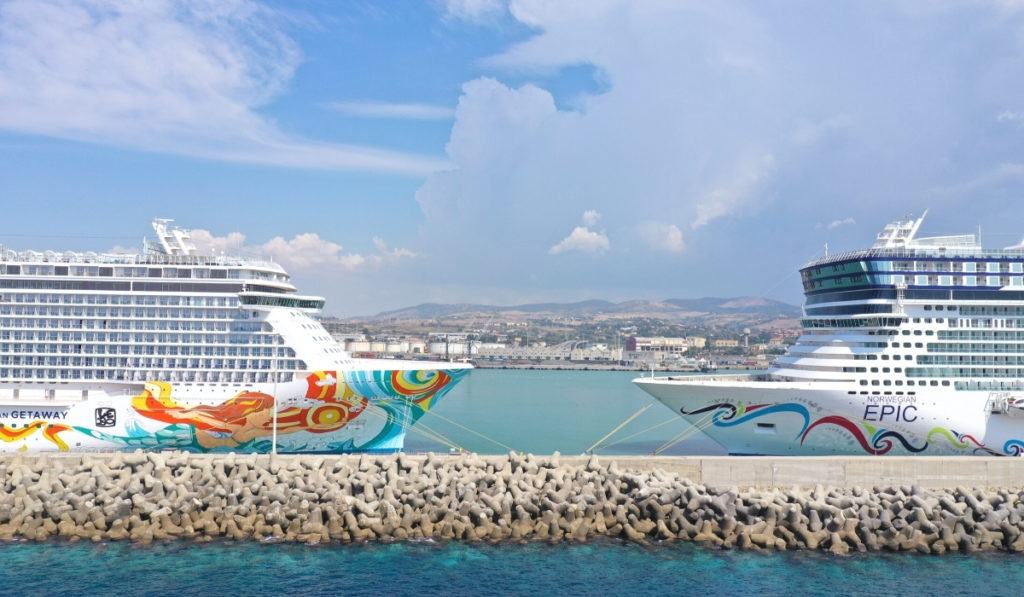 Norwegian Cruise Line (NCL), the innovator in global cruise travel, today marked another milestone in its Great Cruise Comeback with the redeployment of Norwegian Epic and Norwegian Getaway in the Mediterranean. A third of NCL’s fleet of 17 ships are now back in operation, welcoming guests back on board after the Company’s more than 500-day cruise suspension.

Norwegian Epic, the fourth ship in the Company’s fleet to resume operations, successfully completed her first voyage to the most sought-after ports in Spain and Italy from Barcelona. During the 7-day sailing, Norwegian Epic called to Livorno, the gateway to the Renaissance heritage of Tuscany and Florence, Rome (Civitavecchia), Naples, Cagliari (Sardinia) and Palma (Mallorca).

Reaffirming the company’s commitment to elevating the guest experience at sea, NCL debuted an all-new The Haven by Norwegian™ aboard Norwegian Epic, following an extensive refurbishment in Marseille, France at the end of 2020. Norwegian Epic was the first in the fleet to premiere the brand’s key-card access ship-within-a-ship concept in 2010, complete with private amenities, dedicated services and the most luxurious accommodation on board. The recent renovation resulted in 75 reimagined and upgraded suites combined with redesigned experiences, including The Haven Restaurant and The Haven Courtyard Pool and Sundeck. Norwegian Epic features one of the largest The Haven spaces in the NCL fleet.

“It has been exhilarating to watch our Great Cruise Comeback unfold over these past three months with a third of our fleet now back, offering unforgettable vacation experiences”, said Harry Sommer, president and chief executive officer of Norwegian Cruise Line. “The joy of reuniting with our shipboard families and welcoming our guests back on board will never grow old. Being able to return to one of our most popular homeports in Europe, debuting the recently refurbished The Haven by Norwegian™ aboard Norwegian Epic, is a testament to our unwavering commitment to extraordinary quality and elevating the standard of excellence across our fleet.”

“We’re thrilled to welcome NCL back to the Port de Barcelona”, said Jose Alberto Carbonell, managing director of the Port de Barcelona. “During the past 18 months, we’ve worked diligently with the NCL team to ensure a safe resumption of cruising from Barcelona for guests, crew and the citizens of our city. We are glad to finally celebrate the comeback of cruising together.”

Meanwhile, Norwegian Getaway today embarks on her first voyage from Rome (Civitavecchia). Through October 25, she will sail a mix of 10- to 11-day Greek Isles itineraries, calling to Dubrovnik, Corfu, Katakolon – NCL’s newest embarkation port located on the Peloponnese peninsula –Santorini, Mykonos, Naples and Livorno (Florence/Pisa). With up to 13 hours in each port and no more than two days at sea, guests can spend their days exploring ancient ruins and medieval architecture or simply savouring a variety of the region’s famous cuisine.

“Reaffirming our longstanding partnership with NCL, we’re pleased to welcome Norwegian Epic and Norwegian Getaway back to the Port of Civitavecchia this month, and to see both ships embark on their first voyage from our shores in almost two years,” said Pino Musolino, president and chief executive officer of Port System Authority of the Central Northern Tyrrhenian Sea. “The cruise industry is an important corner stone for our country and region, contributing more than €400 million annually to the economy of the territory of Civitavecchia alone and providing for more than 1,800 jobs. As such, we couldn’t be more excited to welcome back both NCL’s crew and guests, and look forward to working closely with the team once again.”

NCL restarted its cruise operations on July 25, 2021 following a more than 500-day suspension, with Norwegian Jade launching seven-day itineraries to the Greek Isles. The Company’s fleetwide redeployment will continue in partnership with local governments and are guided by the robust protocols of the line’s Sail Safe health and safety program, which at its cornerstone includes that all crew and guests must be fully vaccinated to embark for voyages through December 31, 2021. Working with the leading experts of the SailSAFETM Global Health and Wellness Council, NCL’s protocols will be regularly evaluated and modified as needed, making science-based decisions to protect guests, crew and the destinations it visits. As protocols evolve and additional information becomes available, updates will be published at www.ncl.com/sail-safe.

What do you think of the news that Norwegian Getaway and Norwegian Epic return to cruising in the Mediterranean? Are you excited that a third of the NCL fleet is now back in operation? Drop us an anchor below to share your upcoming Norwegian Cruise Line travels.

Heidi is a physical therapist by profession, cruise enthusiast at heart, and Princess all the time! She is a self-confessed thrill seeker, obsessive planner, and over-packer. She is always looking for the latest and greatest adventures onboard and ashore, enjoys researching top things to do in ports of call, and loves dressing up for formal nights.
Heidi
Previous Post « Icy Strait Point Zip Rider Review
Next Post Oasis of the Seas Debuts in New York Area »