Get all the details of the new CRUISE Act introduced by Florida senators to have U.S. cruises resume by July 2021! 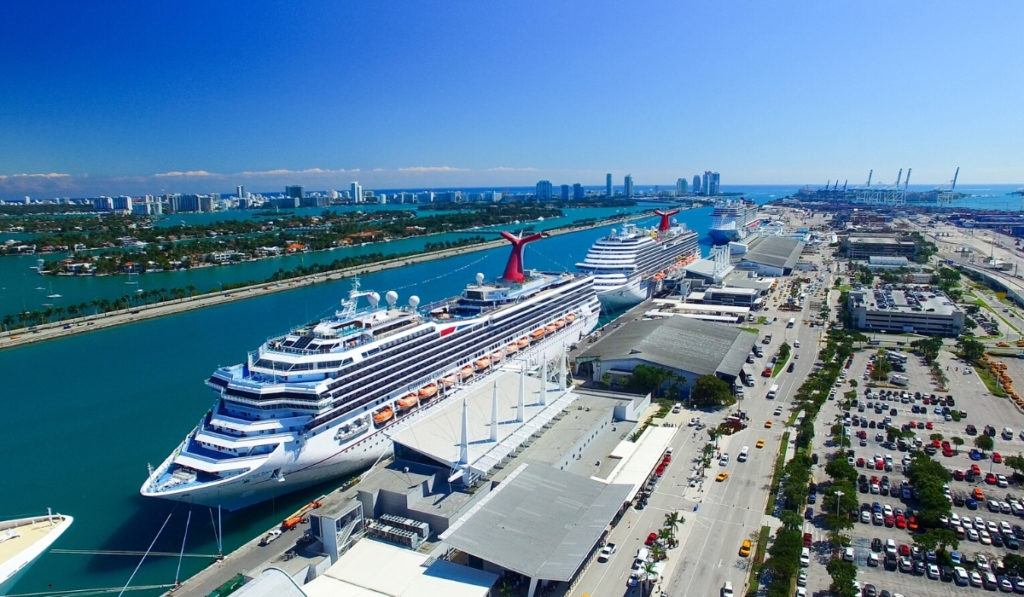 Earlier today, Florida Senators Rick Scott, Marco Rubio, and Alaska senator Dan Sullivan introduced a new bill to allow cruising to restart. The aptly named Careful Resumption Under Improved Safety Enhancements (CRUISE) Act is set to get cruising resumed here in the U.S. by July 4th. Here is a quick look at what this new legislation aims to accomplish.

Inside the New CRUISE Act

Over the past weeks, the cruise lines have been no stranger to the media. Major cruise line executives have gone on record that it is nearly impossible to implement the current CDC guidelines on that timeline. In fact, the Florida Governor Ron DeSantis went as far as to sue the CDC last week. In this move, he called for the swift elimination of the Conditional Sailing Order. Likewise, he called for the immediate resumption of cruising.

Well, it is not surprising that the new CRUISE Act would revoke the CDC’s current No Sail Order on cruises. The act would call for a switch in the CDC’s role and oversight of the return to cruising.

According to Senator Rick Scott’s office, the new act would do the following:

If successful, this new Act will allow cruise lines to sail from the U.S. as long as they implement the agreed upon recommendations.

According to Senator Scott, “the CDC’s refusal to properly address this shutdown is wrong and it’s time to get the cruise lines open safely. Our bill, the CRUISE Act, says we’re not waiting on the CDC any longer. Cruises can and should resume, and we’re going to do everything we can to bring back our cruise industry safely.”

Will the New Legislation Work?

Now, this is not the first time that legislators have offered bills to get cruising restarted. Last year, both Florida senators co-sponsored the Set Sail Safely Act. The goal of that act was to establish diverse task forces of stakeholders to develop a plan to resume cruising.

Unfortunately, that bill never moved forward in the senate.

Also this year, Alaska senator Lisa Murdoswki penned a bill entitled the Alaska Recovery Tourism Act. It was the senator’s attempt to enable cruising to resume in Alaska without having to visit a foreign port. Under the current Passenger Vessel Services Act, foreign flagged ships need to visit a foreign port before returning to the United States.

Although, this Act too has seemed to stall in Congress.

In recent days, there has been a flurry of media announcements from various officials indicating a July restart is possible. Director Martin Cetron of the CDC said as much last Wednesday. However, in those statements, he indicated that cruise lines had to abide by the current CDC regulations.

On Thursday, Transportation Secretary Pete Buttigieg commented that he wanted to see the “cruise industry thrive”. Still, he reiterated that the cruise lines needed to follow the current guidance of the CDC.

With these developments, it is likely that we will see some movement sooner rather than later. It took the CDC 5 months to release the newest Technical Instructions. Yet still, there is no timetable for the next phase which includes test cruises.

In the meantime, most of the major cruise lines have decided to restart operations outside of the United States. These new sailings are scheduled to start as early as June.

Can the cruise lines, government officials, and the CDC come up with a reasonable plan to get cruising restarted in the near future?

What do you think of the new CRUISE Act? Do you think this legislation will enable us to cruise soon from U.S. ports? Drop us an anchor below with your thoughts on this latest cruise restart development.

Don Bucolo, or “DB”, loves everything about cruising- the ocean, the food, and the atmosphere. While he may be obsessed with doing extensive amounts of research on ships and all elements of a cruise, Don enjoys sharing his new found knowledge with fellow cruisers. When he is not sailing the high seas, he does whatever his wife tells him to do-it only took 10 years to realize this.
Don
Previous Post « All the Cruises Americans Can Book This Summer
Next Post CDC Updates Advice for Cruise Travel »

13 comments on New CRUISE Act Calls for U.S. to Resume Cruising by July