Get caught up on all the latest headlines in the world of cruising from the past week with updates from Carnival, Royal Caribbean, MSC Cruises, and more. 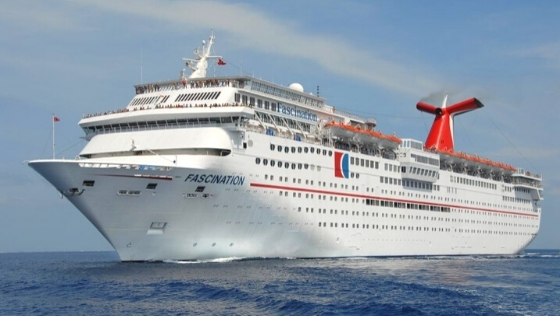 Scroll down to watch our latest cruise news recap for the week!

Another week, more cruise updates! This week brings both some good news and some not so good news. Get caught up on all the latest updates in the world of cruising from the past week in our latest Cruise News September 18th Edition.

Carnival Cruise Line announced this week that Carnival Fascination and Carnival Imagination have been sold. The cruise line had previously announced that these ships would be put into long term lay-up.

The sale of these ships coincides with Carnival Corporation’s plan to accelerate the removal of less efficient ships from its global fleet. This latest sale is in addition to Carnival Fantasy and Carnival Inspiration which have been scrapped.

While Carnival did not name any of these 18 ships, we have already learned about quite a few. These include Holland America Line’s Maasdam, Veendam, Rotterdam, and Amsterdam. There is also Carnival Fantasy and Carnival Inspiration, as well as the newly announced Carnival Fascination and Carnival Imagination. Further, the list includes P&O Oceana and P&O Australia’s Pacific Aria and Pacific Dawn. Finally, there is Costa Cruises’ Costa Victoria, Costa Atlantica, Costa neoRomantica, and Costa Mediterranea.

This means there are three ships left. We suspect the next few ships might be from the Princess Cruises’ fleet.

Related to its ongoing ship enhancement program and the current pause in cruise operations, Carnival Cruise Line also announced that it will be further delaying the return to operations of four ships. These ships will not return to service until after their scheduled dry dock enhancements that are to be completed in the first half of 2021.

The four impacted ships include:

The Set Sail Safely Act would require the proper federal agencies to work together with input from private sector stakeholders to develop a plan for the safe resumption of cruise line operations.

The Maritime Task Force would include representatives from various federal sectors, including the U.S. Department of Homeland Security, Customs and Border Protection, U.S. Coast Guard, Health and Human Services, Department of Transportation, Department of State, and the Federal Maritime Commission. While private sector stakeholders would include the passenger cruise line industry, U.S. ports, commercial fishermen, small businesses, and health professionals.

A number of industry organizations and officials are already in support of this legislation, including Cruise Lines International Association (CLIA). This is optimistic news for the future of cruising!

While disappointing, she did confirm that the Disney Wish, which was originally scheduled to begin sailing in early 2022, has been delayed.

According to McCarthy, “The shipyard we utilize for our cruise ships, Meyer Werft, was impacted and we encountered a delay. We are in negotiations and discussions with the shipyard to finalize dates. But, as soon as we have those, we’ll make an announcement when we expect the fifth ship, which is the first of the three, to be delivered. But, it is delayed from what we had originally anticipated.”

Given that Disney Cruise Line will likely be the last of the Disney operations to resume, more cancellations were recently announced. As the cruise line continues to address health and safety protocols for return to service, it has decided to further extend its suspension of new sailings through mid-December.

In alignment with the Australian Government’s recent decision to extend the suspension of cruise tourism in the region, all sailings departing from Australia and New Zealand on or before December 31, 2020 have been suspended.

While some cruise lines continue to announce cancellations, MSC Cruises has already resumed sailing in Europe. As the first major cruise line to resume cruising, the brand has announced plans to re-introduce a second cruise ship next month.

The new re-start date for MSC Magnifica will be October 19, 2020. At that time, the ship will begin sailing a series of seven cruises from Genoa and sailing to both the West and East Mediterranean.

MSC Magnifica’s longer itineraries will visit ports including Livorno for Florence and Pisa, Messina in Sicily, Valletta in Malta, Piraeus for Athens, Katakolon for Olympia in Greece, and Civitavecchia for Rome. These itineraries will offer more destinations to visit on the company’s new protected shore excursions as well as more time at sea. Additionally, ‘proximity cruising’ is proving to be popular with MSC Cruises’ guests who live both in Italy and in neighboring countries.

MSC Magnifica will follow in the footsteps of the successful return to service of MSC Grandiosa, implementing the brand’s new health and safety protocols. These protocols include rapid COVID-19 testing and use of face masks in public areas.

Did we miss any headlines in this week’s Cruise News September 18th Edition? Drop us an anchor below to share any stories from the world of cruising that we may have overlooked.

Heidi is a physical therapist by profession, cruise enthusiast at heart, and Princess all the time! She is a self-confessed thrill seeker, obsessive planner, and over-packer. She is always looking for the latest and greatest adventures onboard and ashore, enjoys researching top things to do in ports of call, and loves dressing up for formal nights.
Heidi
Previous Post « Guide to Visiting Walt Disney World During the Pandemic
Next Post Royal Caribbean and Norwegian Cruise Line Reveal Details of Healthy Sail Panel »