Whether you are celebrating on land or at sea, we would like to wish all the dads out there a Happy Father's Day. Don't worry if you missed out on the latest travel updates from 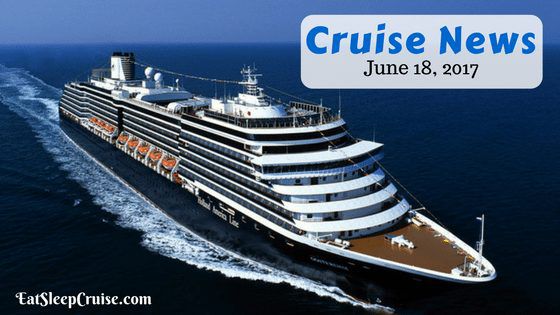 Whether you are celebrating on land or at sea, we would like to wish all the dads out there a Happy Father’s Day. Don’t worry if you missed out on the latest travel updates from this week, as we have put together our most recent look at all that has happened in the world of cruising for you to catch up. Here is the newest edition of Cruise News June 18, 2017.

In breaking news on Friday, the Trump Administration announced changes to the U.S. diplomatic relations with Cuba. Altering some of the previous administration’s easing of relations, the new changes appear (for the time being) to not affect travel to the island via cruise ship. As reported by Cruise Critic, all major cruise lines traveling to Cuba from Florida released statements that these cruises will remain in tact following the President’s announcements. Travel to the island is still allowed under the “people-to-people” cultural exchange statute which the current president did not alter. However, there could be changes to what cruise passengers are allowed to do while on the island. Stay tuned for more details as they unfold.

Holland America will be sending a second ship to the Mexican Riviera this season. The MS Westerdam will be getting some company as the cruise line indicated the MS Oosterdam will reposition to the region this fall. The ships will offer the same seven night itinerary that includes stops in Cabo San Lucas, Mazatlán and Puerto Vallarta. The San Diego cruise port will be the starting point for both ships. A total of 11 Mexican Riviera cruises are planned starting in September of this year and sailing through early 2018. 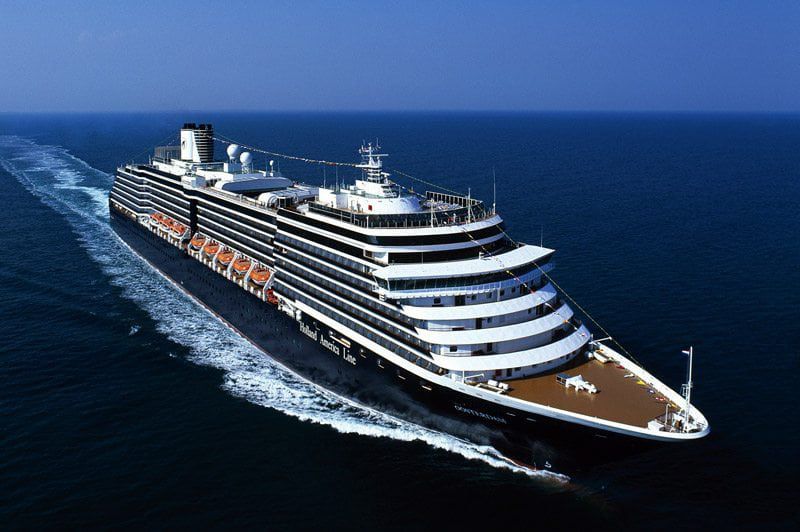 Royal Caribbean rolled out a few changes this week. Chief among them is a change to its onboard cancellation policy for shore excursions. Now, guests will need to give a 48 hour notice prior to the port of call to cancel tours booked through the cruise line. The same policy also applies to switching and exchanging shore excursions for a port of call. Specialty tours, like Private Journeys, have other restrictions and need to be canceled within 30 days to avoid any penalties.

Also, the cruise line released some of its initial sailings for the new non-refundable deposit program. Cruisers who book these rates will get special pricing as well as onboard credit. However, the deposit on these cabins is non-refundable, and there is a $100 change fee for making adjustments to the itinerary and/or ship when opting for this program. Some cruises available under the new program include 2018 Alaskan cruises on both Explorer of the Seas and Radiance of the Seas, as well as Caribbean sailings on Freedom of the Seas for summer 2018.

The smallest vessel in Princess Cruises’ fleet is back at sea. The Pacific Princess returned from a two week drydock with some brand new furnishings. All 336 staterooms onboard received some TLC during the multi-million dollar refurbishment. Along with updating the rooms, dining venues and public spaces also got a re-haul, including the Panorama Buffet which got a complete redesign. In addition, heavily trafficked areas like the Atrium and pool deck also received some upgrades. Pacific Princess is headed to the UK where she will sail European itineraries before departing on a 111-day world cruise on January 20, 2018. 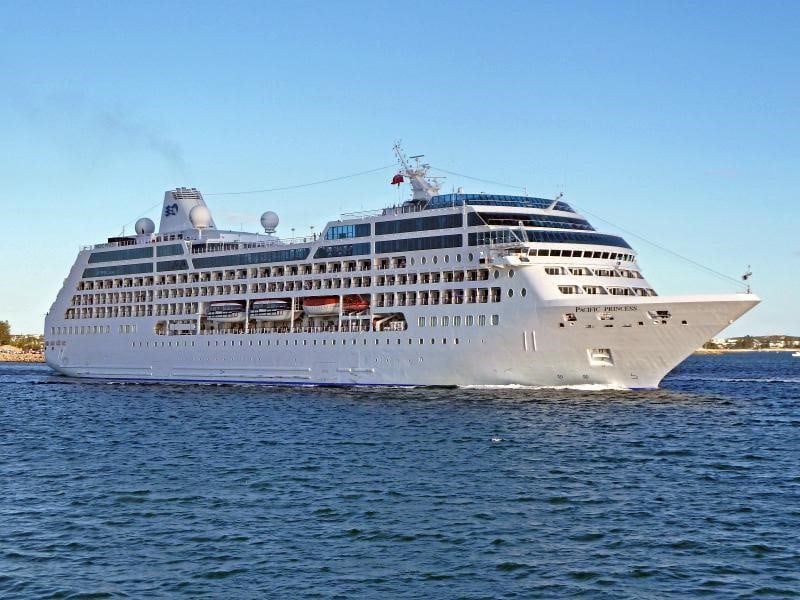 Fans of the Walking Dead television show are in luck. The popular Walker Stalker cruise will be hitting the Caribbean again in 2018. The cruise is set for January 26-30 on Norwegian Pearl. While more details will be released, early reports indicate fan favorites “Daryl” (actor Norman Reedus) and “Maggie” (actress Lauren Cohan) will be among the cast members onboard the ship. Q&A panels, contests, trivia, and plenty of zombies will be on this four night cruise. The itinerary isn’t too scary either. Departing from New Orleans, the Pearl will visit Cozumel, Mexico in between two sea days. Interested fans can sign up for the pre-sale which begins soon.

Are there any headlines from the past week that we missed in our new edition of Cruise News June 18, 2017? Do you have any breaking news to report? Drop us an anchor below with your latest cruise updates. 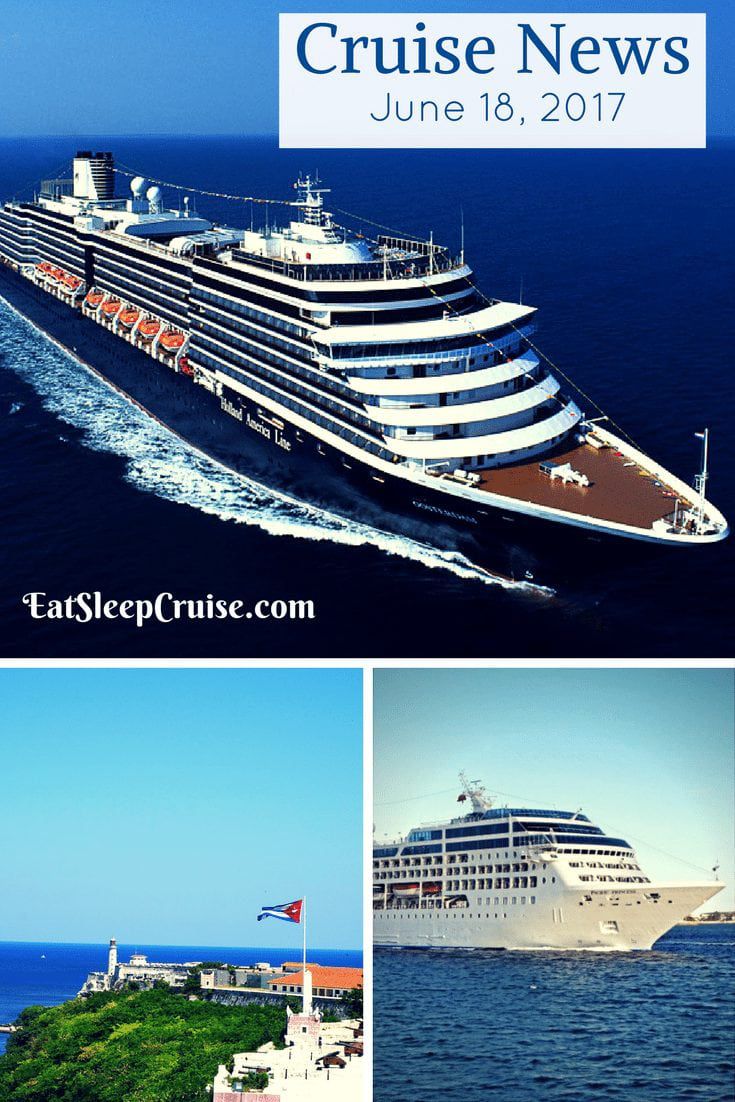 Don Bucolo, or “DB”, loves everything about cruising- the ocean, the food, and the atmosphere. While he may be obsessed with doing extensive amounts of research on ships and all elements of a cruise, Don enjoys sharing his new found knowledge with fellow cruisers. When he is not sailing the high seas, he does whatever his wife tells him to do-it only took 10 years to realize this.
Don
Previous Post « Why You Need to Book Cagney’s Steakhouse on Norwegian Getaway
Next Post Norwegian Sky Freestyle Daily 4-Day Cuba Cruise »