Discover where the cruise lines stand with restarting cruising in our latest CDC cruise updates summarizing all the recent developments! 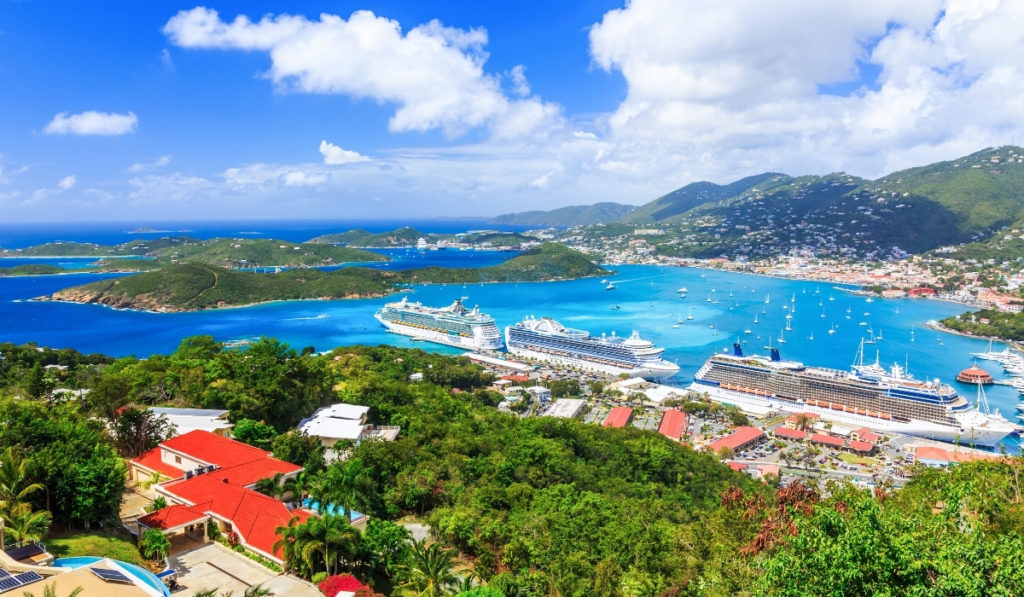 Scroll Down to Watch Our Latest CDC Cruise Updates Video of Where Cruising Now Stands in the U.S.!

If you were trying to follow along last week, you might be a bit confused or frustrated about the return to cruising here in the United States. With all the recent exchanges between the cruise lines and the CDC, it may be difficult to keep track of where things stand in the industry. So, to help make sense of everything, we put together this CDC cruise updates summarizing all of the events of last week!

In this announcement, the cruise line detailed its new Sail SAFE plan. This new program includes a number of robust health and safety protocols. Among these protocols is the requirement that all guests and crew be vaccinated.

Later in the day, Norwegian Cruise Line Holdings chairman and CEO Frank Del Rio stated in a CNBC interview that the health and safety protocols were “ironclad”. Further, he questioned what other venues on land have such a detailed and stringent plan.

He was as bold to say that cruise ships will become the safest places on earth with these measures in place.

Then, on Tuesday, Carnival Cruise Line announced further cruise cancellations for the month of June. In releasing these new cancellations, Carnival also commented on the current status of cruising from the U.S.

Two weeks prior, Carnival Cruise Line Chairman, Christine Duffy, had gone on record that the cruise line was not considering moving the brand’s ships away from U.S. homeports. However, obviously fed up with lack of movement on the CDC’s part, Carnival’s opinion appeared to change.

Duffy went on to state, “While the cruise line had not made plans to move Carnival Cruise Line ships outside of our U.S. homeports, we may have no choice but to do so in order to resume our operations, which have been on ‘pause’ for over a year.”

So, it appears that even Carnival Cruise Line may be ready to bypass the CDC and begin sailings originating from non-U.S. ports.

The CDC’s Response to the Cruise Lines

Now, the executives from Royal Caribbean Group and Carnival Corp. were also on the offensive last week. The CEOs of each group made national press appearances advocating for the return of cruising now with new guidelines.

So far, those pleas have gone unanswered. Though, there were two separate cruise updates by CDC officials last week.

The first came on Tuesday from CDC spokeswoman, Jade Fulce. Her comments indicated that the CDC wants to partner with the cruise lines to follow the phased resumption of cruising. Further, she indicated that the CDC’s “goals align” to have passenger cruises up and running “hopefully, by mid-summer”.

Now, that does sound good in theory. Although, it still calls for the cruise lines to follow the Conditional Sailing Order. The latest technical instructions include a host of additional requirements that make this timeline somewhat impractical.

Most cruise lines and industry organizations claim these new instructions are too burdensome to put into practice.

On Wednesday, Martin Cetron, director of the maritime division at the U.S. Centers for Disease Control and Prevention, said passengers could be boarding cruise ships in U.S. ports as soon as July. Though, it depends on several factors.

Firstly, it depends on how many people get vaccinated for COVID-19. Next, it will hinge on how well new COVID-19 variants can be kept at bay. Lastly, the restart will be based on how fast cruise companies can secure agreements with local ports and health authorities.

By following the CDC’s guidance, Cetron believes that the partial resumption of cruising could begin by July. With all of the above caveats, we are skeptical that the CDC truly believes that cruising can resume in the United States that soon.

The cruise lines are not the only ones calling for the CDC to lift the Conditional Sailing Order. CLIA, the trade association that represents 95% of cruise lines, also has made similar statements.

In the organization’s response to the technical instructions, they call the new regulations “unduly burdensome” and “largely unworkable”.

CLIA further points out that the current regulations are “at odds” with the approach the CDC and governments in other parts of the world apply to all other travel and tourism. In fact, they point out the irony that you can board a plane to travel internationally to go on a cruise, but you can’t actually board a cruise from the United States.

If you recall, the same day the technical instructions were released, the CDC changed its recommendations for vaccinated travelers. Now, traveling internationally is low risk for vaccinated individuals.

Further, CLIA reports that there have been over 400K cruise travelers during the global pandemic. With all these cruises, less than 50 individuals have contracted COVID-19. This evidence clearly supports that cruising can resume with current measures in place.

BOOK NOW: Save on Bahamas and Caribbean Cruises for 2021!

And that bring us to Thursday, and one of the most bizarre developments yet. That morning, Florida Governor Ron DeSantis announced that the state was suing the CDC.

In the lawsuit, the governor and his attorney general were asking for the judiciary to “set aside” the government’s “unlawful” Conditional Sailing Order. He also referenced that the guidelines are too cumbersome, and that cruising should be immediately reopened.

None of the cruise lines have directly commented on the lawsuit. Also, none have joined this call to use the courts to get cruising restarted.

Representatives from Carnival are quoted as saying they share the Governor’s sense of urgency. Although, that cruise line wants to work with the CDC to safely resume cruising.

In addition, NCL representatives failed to comment directly regarding the lawsuit. Though, NCL pointed out that its new safety protocols do align to the CDC’s recommendations. Likewise, NCL is looking to partner with the CDC to get cruising up and running.

Now, most legal experts who have commented on the story agree that the lawsuit has little legal merit for several reasons. Still, it shows the level of contention that exists between the CDC and the cruise industry.

Of course, we agree with the governor’s overall message that we need to get cruising restarted. But, is suing the CDC really the answer? We can’t imagine the CDC would decide to change its recommendations and protocols based on such a move.

The Return of Cruising in U.S.

All along, we really assumed that the cruise lines, CLIA, and the CDC were working behind the scenes to come up with a reasonable plan to resume cruising.

With all of the CDC cruise developments last week, it became apparent that this was not the case. In fact, in CLIA’s statement, it called for closer cooperation and coordination among the CDC, cruise lines, and other related industries.

So, it is now over a year from when cruise lines temporarily paused cruising from the United States. Yet, we still do not have any solid timeline of when cruising will restart.

An optimistic viewpoint would say that July is possible given the statements made last week. Although, the cruise lines are indicating that the additional requirements put forth by the CDC make it difficult for them to meet this timeline.

Then, the next hurdle is the requirement for test cruises, which will constitute Phase 2b of the new technical instructions.

However, there is already plenty of evidence outside of the U.S. that these measures work. So, the cruise lines continue to push for this requirement to be lifted. Unfortunately though, the CDC has shown little interest in replacing or removing the Conditional Sailing Order at this point.

So, we are at a stalemate with the major cruise lines looking elsewhere, including the Bahamas, Caribbean, Bermuda, and overseas to restart cruising.

If you are like us, and eager to start sailing, your best bet is to book one of these cruises originating outside of the U.S., as it might be a long while before you will be able to sail from a U.S. port again.

Stay tuned for more CDC vs. the cruise lines developments as they emerge.

What do you think of the CDC cruise updates from last week? When do you think cruising will resume in the United States? Drop us an anchor below with your cruise restart predictions.

Don Bucolo, or “DB”, loves everything about cruising- the ocean, the food, and the atmosphere. While he may be obsessed with doing extensive amounts of research on ships and all elements of a cruise, Don enjoys sharing his new found knowledge with fellow cruisers. When he is not sailing the high seas, he does whatever his wife tells him to do-it only took 10 years to realize this.
Don
Previous Post « Bahamas Paradise Cruise Line Plans to Resume Service in July
Next Post All the Cruises Americans Can Book This Summer » 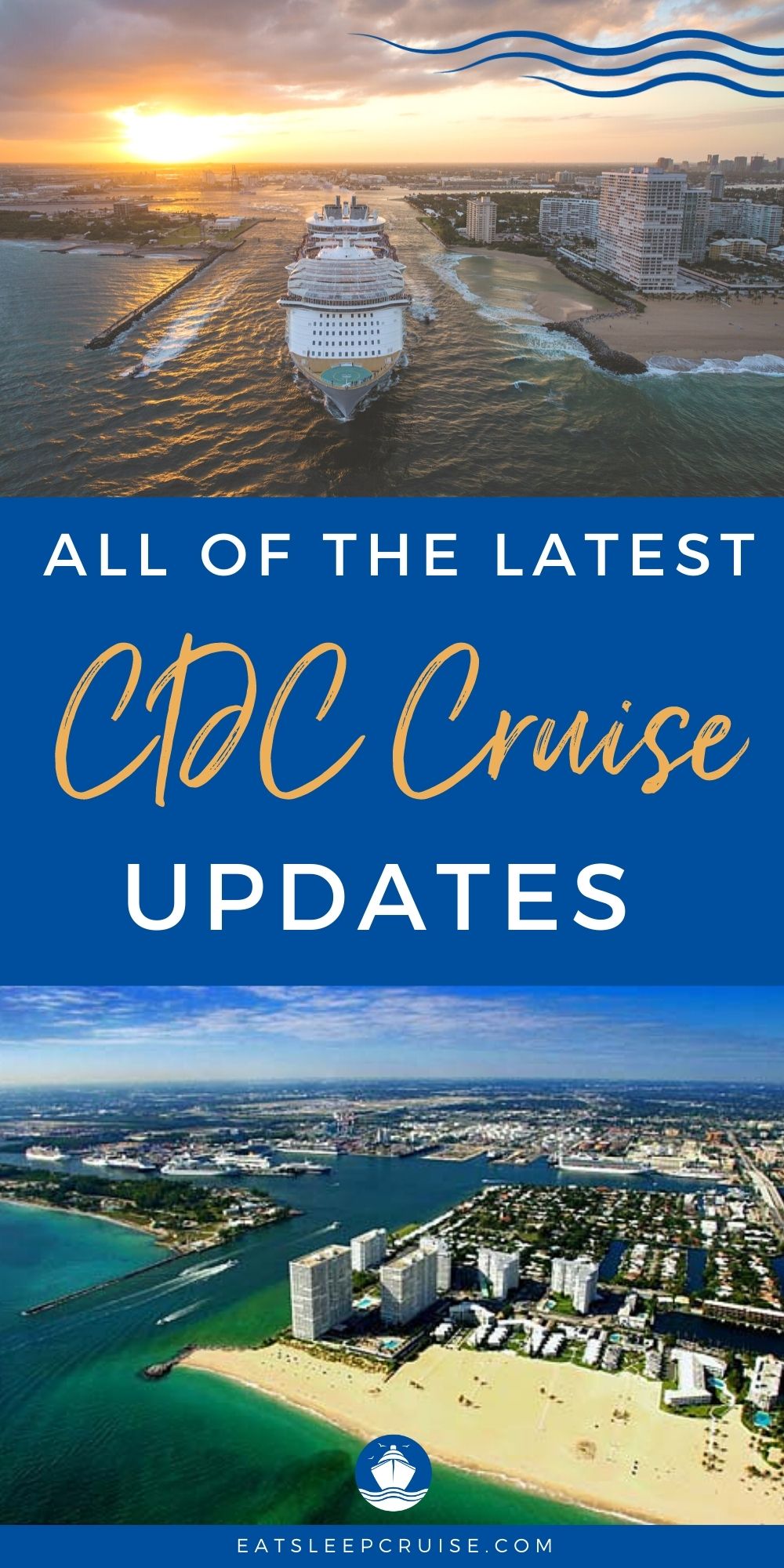 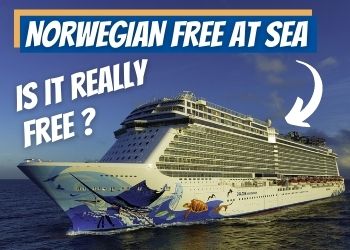