Our latest shore excursion review takes us back out into the water in a sailing challenge that is one of the most popular excursions in the Caribbean. Both the Princess and I manned our stations 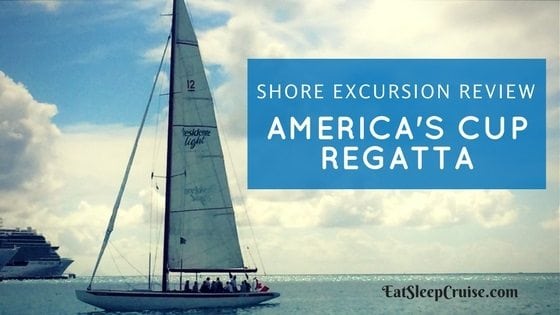 Are you ready to rig the sails and swab the deck? Well, there is no better way to get closer to the water than with a sailing adventure. While we have been to St. Maarten several times, we had yet to partake in the most popular shore excursion on the island, the America’s Cup Regatta. Luckily, the winds were in our favor this time around. The Princess and I manned our stations and were ready to take yachting gold in one of the most action packed tours yet. See if we were able to “seas the day” in our America’s Cup Regatta St. Maarten Review.

After one failed attempt to complete this excursion a few years back due to weather conditions, the Princess and I were more than prepared to set sail on this adventure during our Eastern Caribbean cruise on Harmony of the Seas. Up early before the gangway opened, it was clear skies and very little wind, so all systems were a go for this race. With a couple of changes to our shore excursion day and time, due to an itinerary change, our America’s Cup Regatta race was scheduled to meet at 9:00am in front of the ship. Off the ship slightly after 8:30am, we were told to come back to the meeting point closer to the scheduled time. Taking a few shots of the ship and surrounding vessels, it was easy to kill a few minutes. 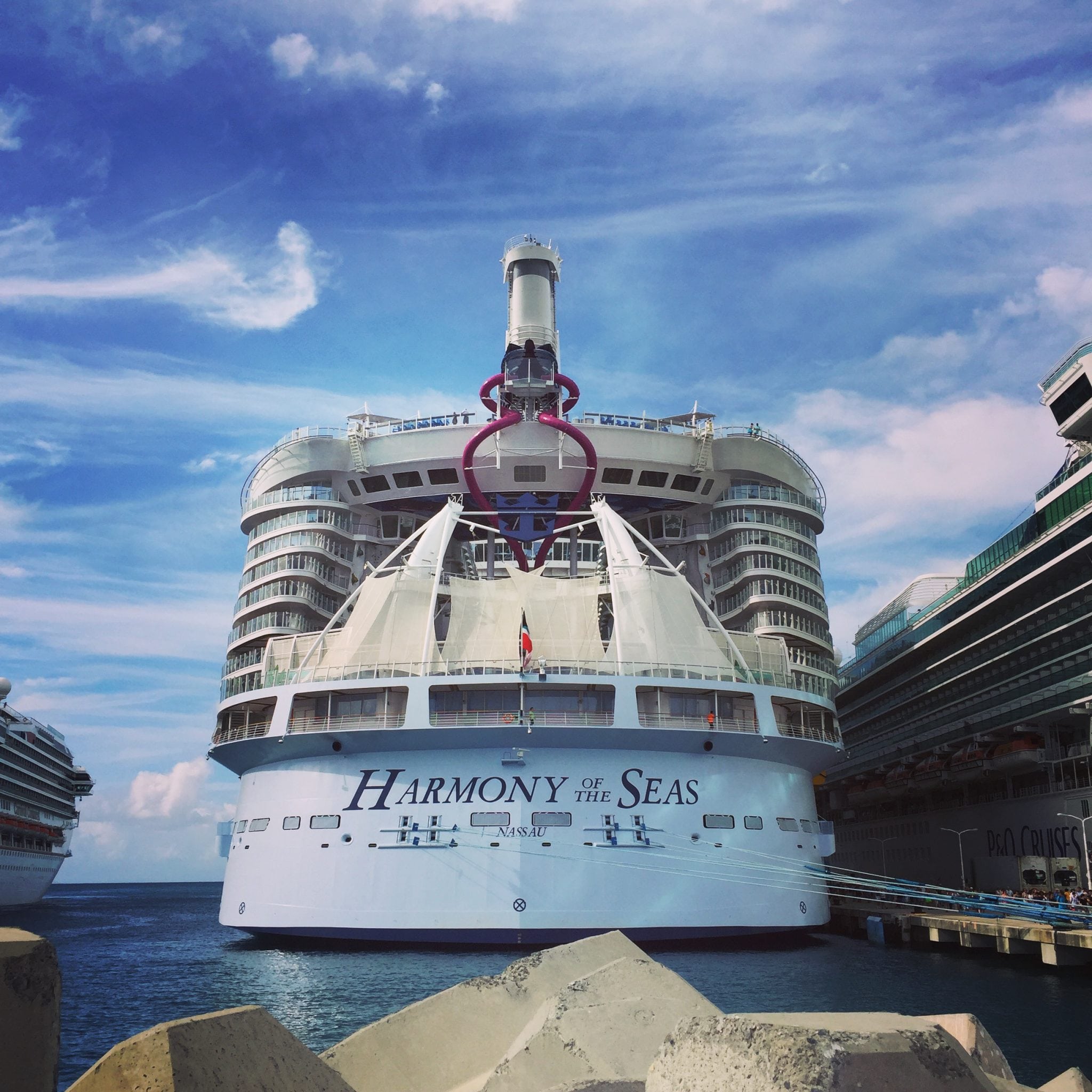 Back promptly at 9:00am, we met our fellow sailors. One couple owned their own sailboat, another gentleman had sailing experience, there was also a father and teenage son, and then us. This was going to be an interesting mix. When one other older couple showed up, everyone was checked in and ready to go. We left Harmony of the Seas to meet some additional cruisers from Jewel of the Seas docked in the terminal next to us. Grabbing these additional passengers, it was time to find our boats and head to the sea.

From here, it was a short walk over to the water taxi platform. There, we met another family of 3 who were staying at a local hotel and also embarking on this journey. A total of 17 “sailors” now had to be divided up into two groups to go head-to-head for bragging rights. Of course, before we could divide and conquer, David, our tour guide, gave us the history of the America’s Cup. Most notably, he spoke of the major comeback of Dennis Connor and the American ship, the Stars and Stripes, which would be one of the vessels sailing today. 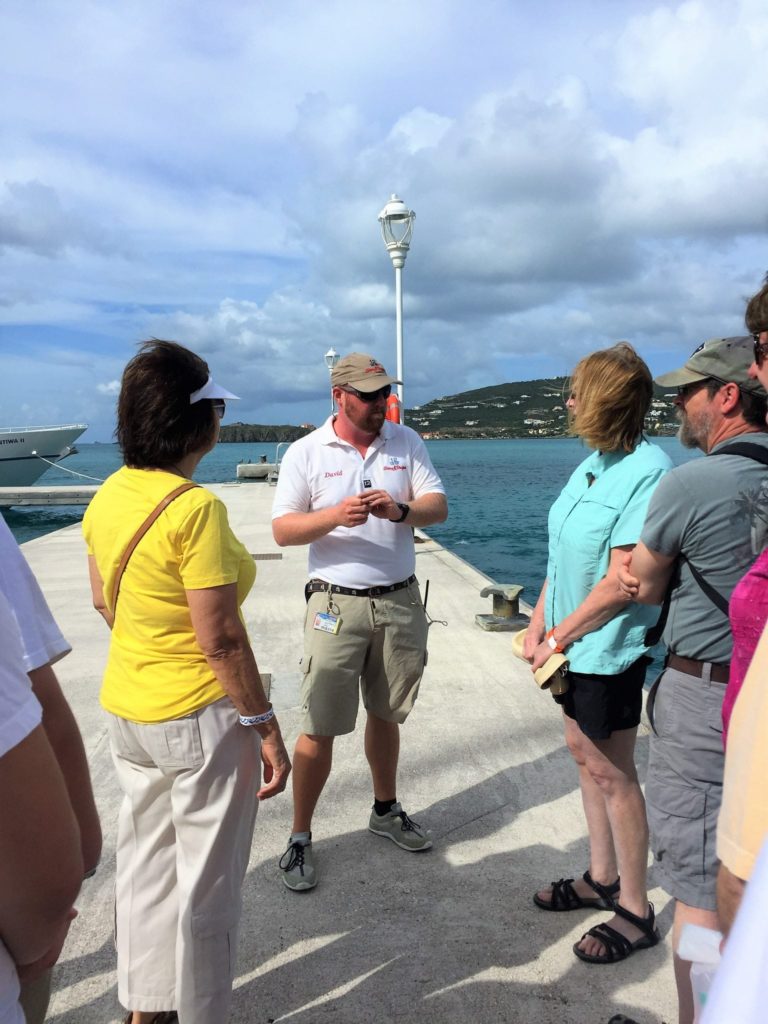 With our history lesson complete and our adrenaline starting to mount, David picked 2 team captains and then assigned us each to a team. Apparently, the max number of participants on a yacht is 12, so both teams would be short staffed today. Our captain, Connie, who was sailing on Jewel of the Seas, just happened to live near us. What a small world. We did not get teamed up with the couple who owned a boat, but we did snag the other gentleman who had sailing experience. Perfect! 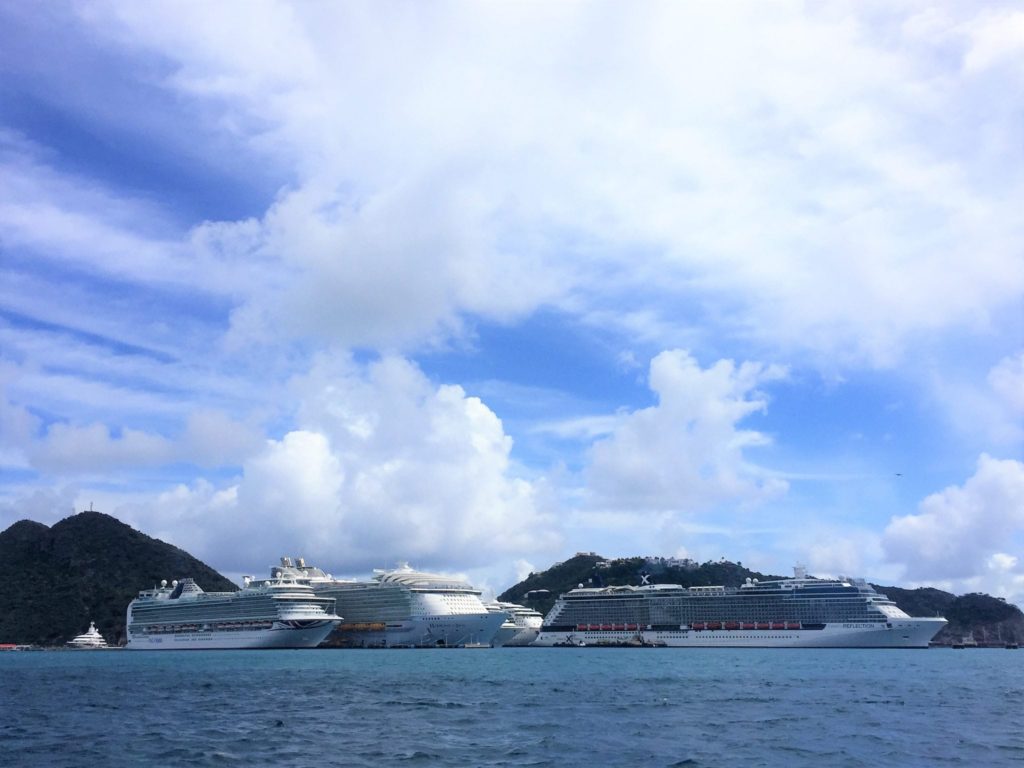 When the coin toss to decide who would get to man the Stars and Stripes did not go our way, our morale was not shaken. Our group would maneuver the Canada II, a speedy and sleek vessel, on to victory. With our cruise ship in the background, it was time to get this race started!

To get to our racing yachts, anchored out in Great Bay, we had to take a short water taxi ride. With the teams now seated on opposing sides of the ferry, we were introduced to our skippers, given some basic instructions, and handed waivers to sign. Our skipper for the day, Garrett, explained that jobs would be “active” or “inactive”, though since we were short staffed, the only real way to qualify for an “inactive” position was a medical injury or pregnancy.

Garrett sized us up and assigned each of us a job. While the Princess was adamant that she wanted the least “active” role, she was given the position of main sail trimmer. I was assigned to be one of 3 primary grinders. Not knowing what these tasks entailed just yet, we finally reached our yacht and were led into position onboard. 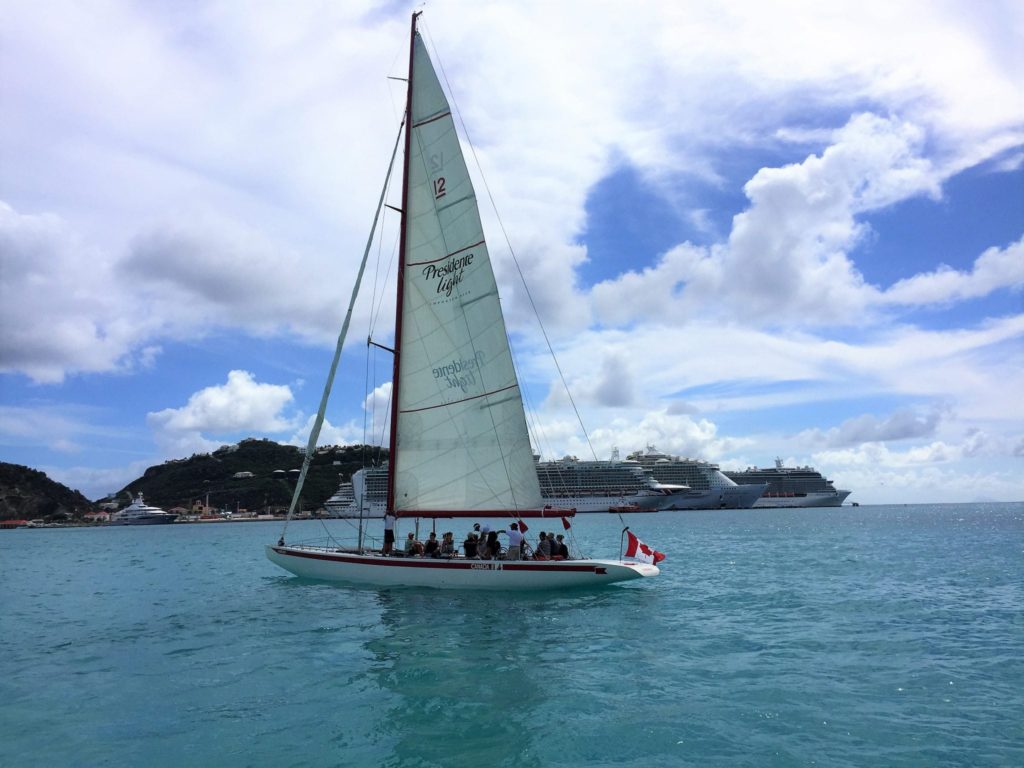 We then met the other crew members, Greg and Charlie, who also happened to be accomplished sailors. Throughout the race, the crew’s antics kept us entertained but focused on the prize of coming in first place.

Before getting started, everyone was instructed in his or her role and given time to practice the position while sailing down to the starting line. I never knew sailing took so much work. With a general sense of what to do now, the rules of the race and the course, as well as strategy, were described. Consisting of essentially three “legs” with some down time in between, or “drinking time”, it was go time for this challenge. 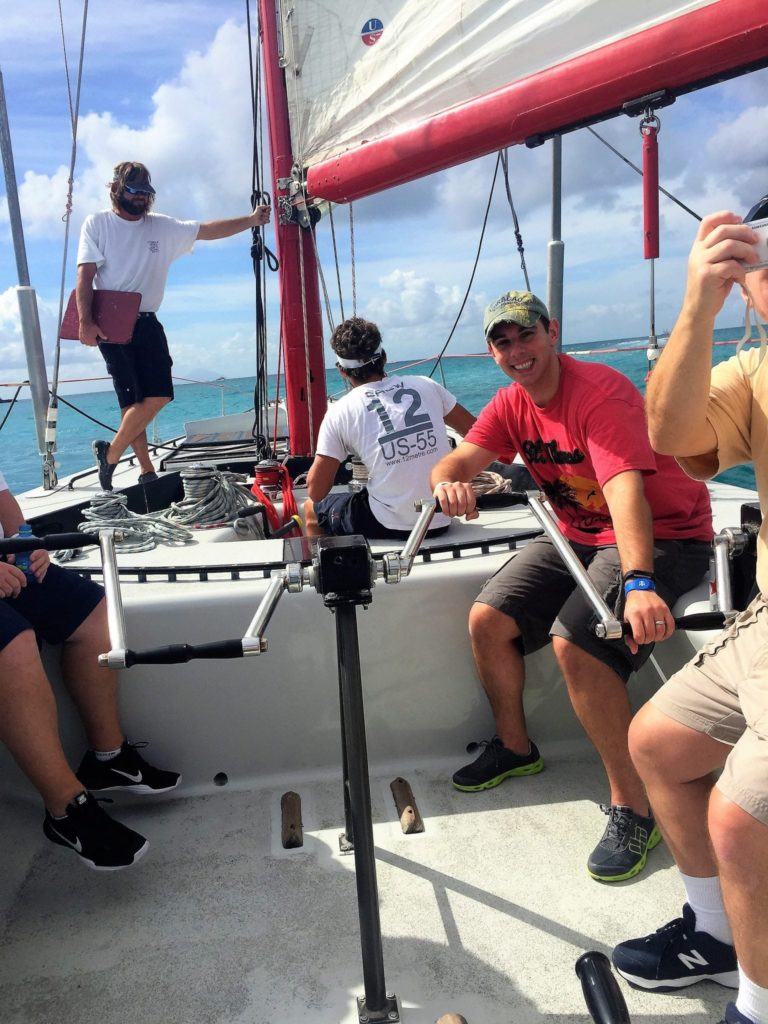 Starting the clock for our 6 minute “float out”, the race was on. From the beginning, we were behind, and during the hour long zigzag around these waters, we just never caught up. Maneuvering the sails back and forth and trying to steal some of the Stars and Stripes’ wind, we would close in on the boat at times but did not come out victorious in the end.

During this exhilarating race, we all got an A for effort! This unique shore excursion was fun but definitely more of a workout than I was expecting. Yes, even the Princess was moving her arms as fast as she could when instructed by Garrett, though she was not happy about it. Along with the two other primary grinders, I was the main manpower of this mission, which could be strenuous at times. I guess it doesn’t help that during the down times the crew is offering beer. You know, like the Olympic sailors do. 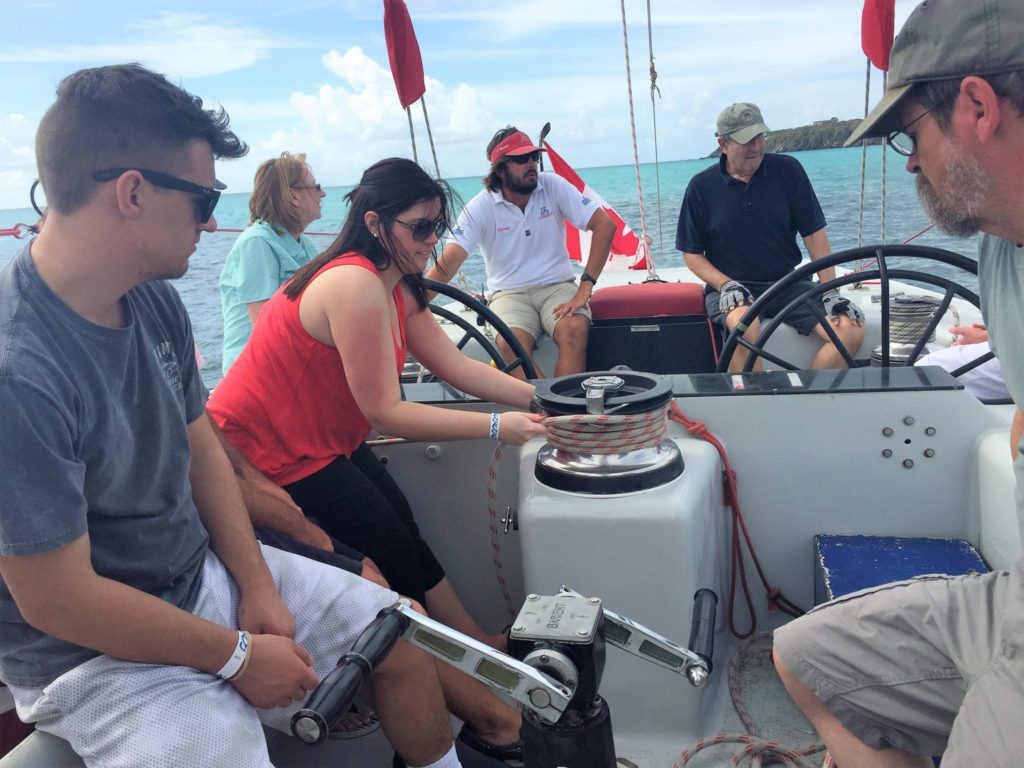 With the wind at your face and the sound of the boat cutting through the water, the America’s Cup Regatta Challenge is one of the most thrilling experiences that I have had in the Caribbean. These yachts can pick up some serious speed, but the heel is not as extreme as it looks. Even the Princess, who can’t swim, was comfortable enough without a life jacket (though they are available). And, no prior sailing experience is needed. This trip is all about having fun. 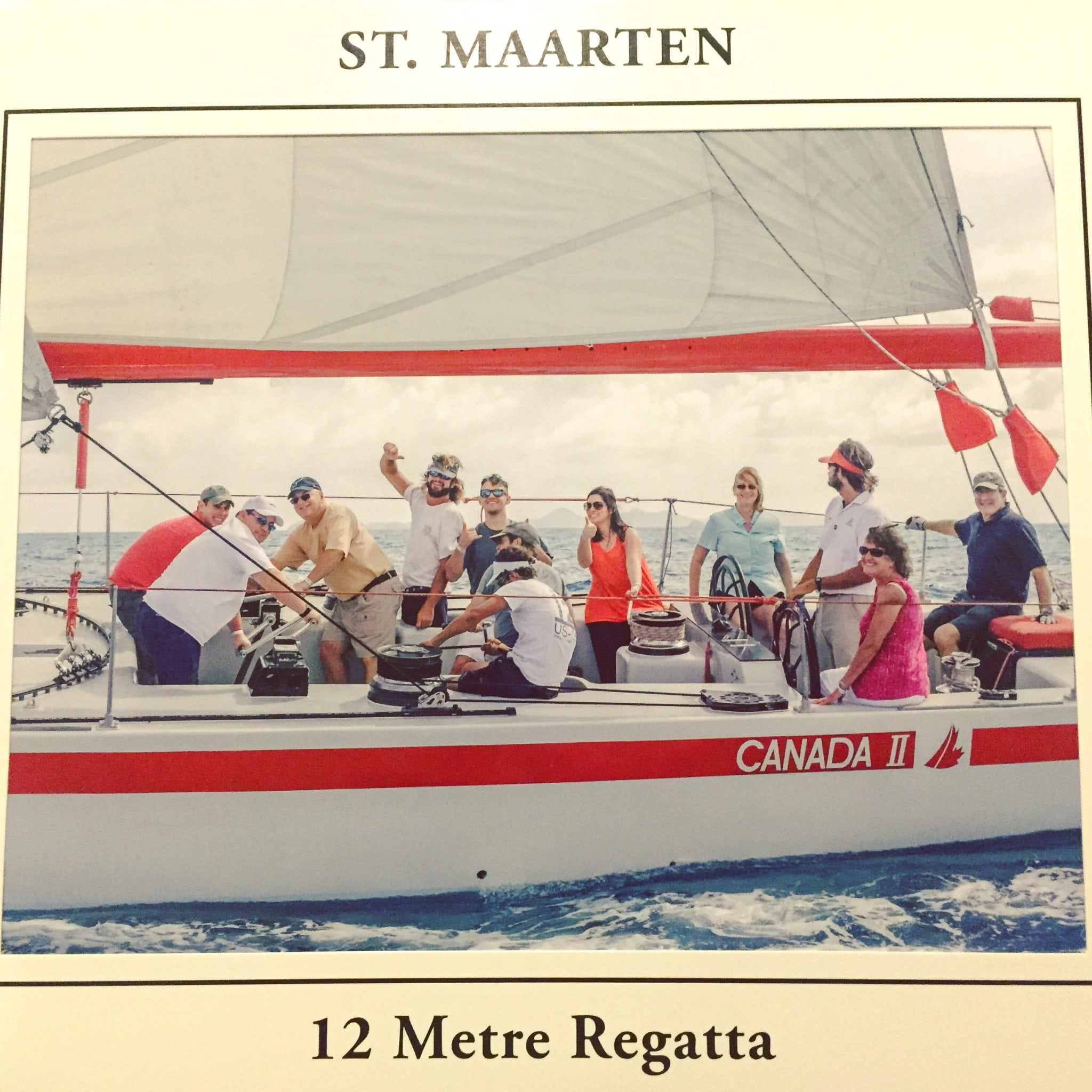 Finishing in second place, we transferred back to the water taxi and were delivered back to land at the Yacht Club for a rum punch and souvenirs. Crew t-shirts are available for purchase; of course, I would grab one of those. Of note, if you wear this t-shirt on a future sailing, you will score a new one for free. During the race, the safety boats also take professional pictures of the team. While a bit pricey, when else are you going to get photos of you actively sailing on a yacht? 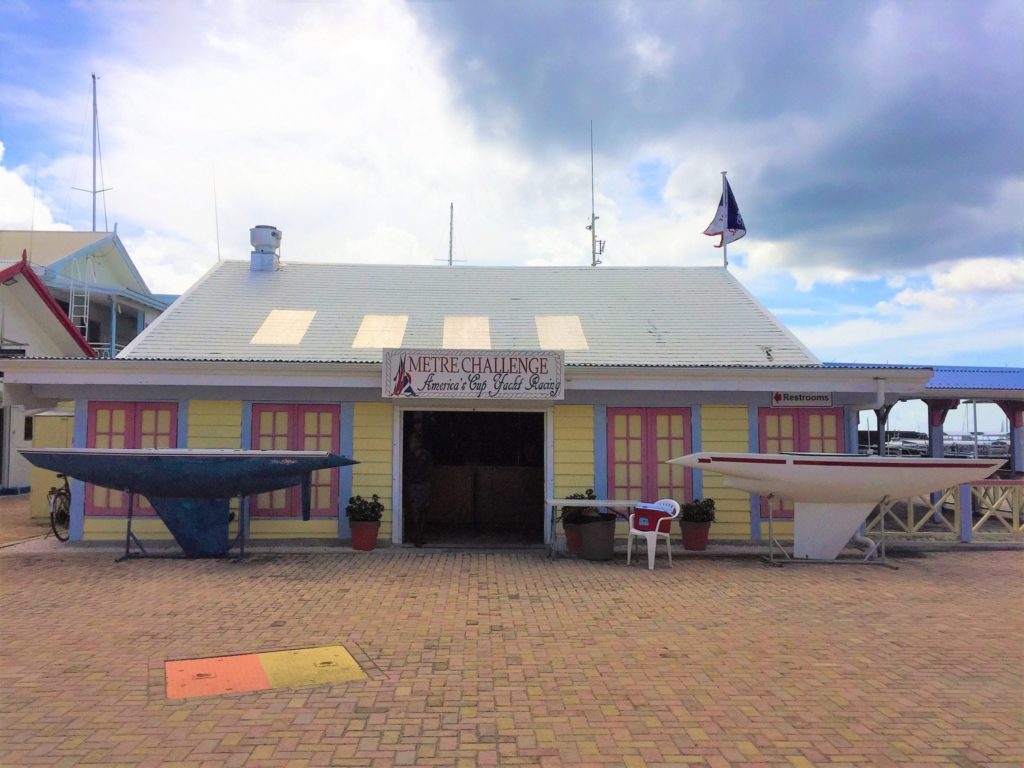 With a new crew shirt and photo in hand, our 12 Metre Challenge was complete. Offering a total of four races a day (with a max of 5 during peak season), you can find a sailing time that fits your cruise schedule. This unique opportunity is also available in Cozumel, Mexico. We highly recommend this excursion for all cruisers. The staff were all top notch, friendly, and funny. Next time you are in St. Maarten, take your own shot at achieving the gold; you’ll be glad you did.

Have you competed in the America’s Cup Regatta race before? What is your favorite St. Maarten cruise excursion? Drop us an anchor below to share your adventures from your latest trip to St. Maarten. 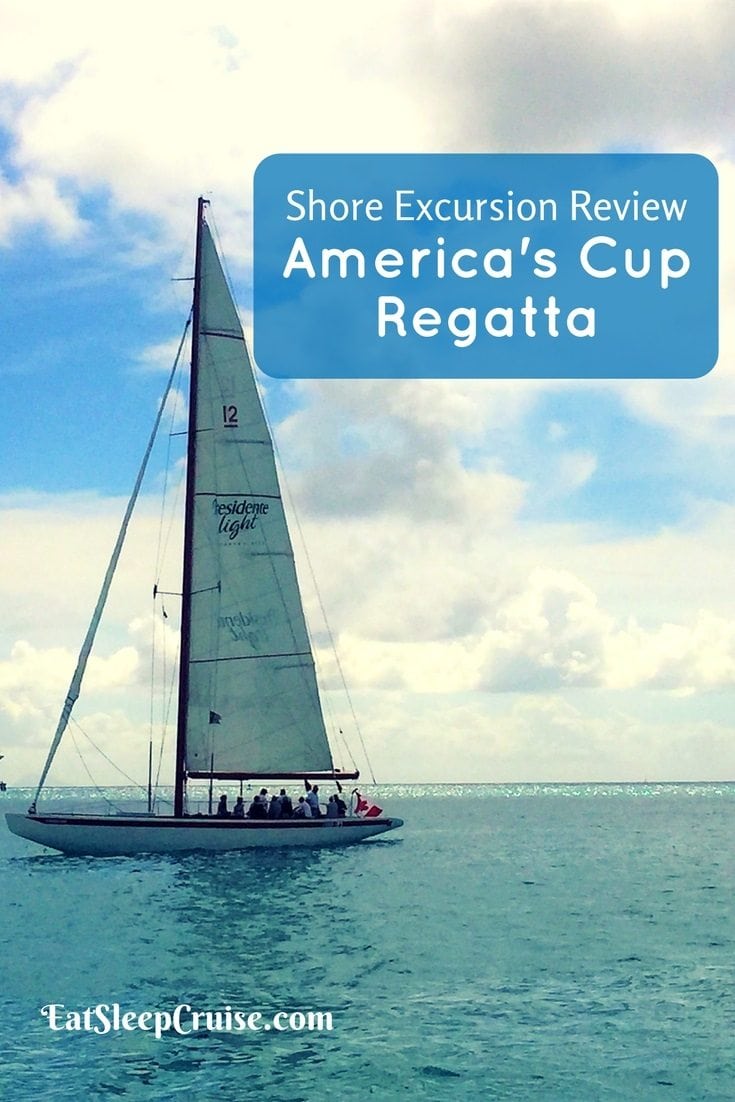 Don Bucolo, or “DB”, loves everything about cruising- the ocean, the food, and the atmosphere. While he may be obsessed with doing extensive amounts of research on ships and all elements of a cruise, Don enjoys sharing his new found knowledge with fellow cruisers. When he is not sailing the high seas, he does whatever his wife tells him to do-it only took 10 years to realize this.
Don
Previous Post « Cruise News February 19, 2017
Next Post The Perfect Sea Day on Allure of the Seas »