See why you should explore all that Mazatlan has to offer on your next cruise with our Best of Mazatlan shore excursion review new for 2020. 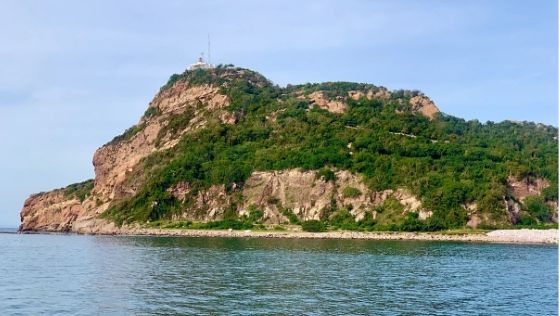 Mazatlan is a popular stop on Mexican Riviera cruises. With a historic district, the Golden Zone with its resorts and beaches, and some daring cliff divers, there are many things to do in Mazatlan on a cruise. For our first visit to the port, we opted for a cruise sponsored shore excursion that included many of the area’s popular attractions. We are back and share our experiences in this Best of Mazatlan shore excursion review.

We booked the Best of Mazatlan shore excursion through Carnival Cruise Line before setting sail on our trip. This tour gave us the opportunity to explore several parts of the city by land and by sea, as well as experience many of the port’s highlights.

Per our tickets, we met in the dining room onboard the ship for 8:30 am. Within a few minutes, our tour was called and we were escorted off the ship to meet our guides. The large group was divided among several buses that would all be completing the same tour with the local company Tropical Tours Mazatlan.

After a brief overview of the day’s itinerary, we took a very short drive from the cruise port to a nearby dock for the first part of our tour, the harbor cruise.

Off on a Harbor Cruise

The harbor cruise portion of our tour lasted about 90 minutes. It look place on an open air boat that gave us beautiful views of our ship and the surrounding landscape. The harbor cruise took us by several notable landmarks while our guide provided some history and folklore surrounding the different attractions.

We set sight on some of the neighboring islands off in the distance like Stone Island. We also saw Brothers Islands which have acquired their white color from the numerous birds that flock to the area. The harbor cruise passed several caves as well with some questionable pirate history.

We even encountered a happy family of sea lions that make there way down south for the winter.

Perhaps the most omnipresent landmark on the tour was the El Faro Lighthouse. The tallest natural lighthouse in the world, this still functioning lighthouse offers amazing views for those willing to hike up to its summit at 515 feet above sea level. We were fine grabbing a few pictures from sea level.

Throughout the tour, the guides were providing beverages, which of course I could not refuse. They also had a staff member taking photos which could be downloaded from the company’s Facebook page for no additional cost.

Eventually returning to our starting point, we had enough time for a short restroom stop before boarding our bus to begin the city tour of Mazatlan.

Not Much to See in Downtown

Back on the bus, we began our land portion of the tour. First, we ascended to “lookout hill”. Here, we could see the harbor with the cruise ships and some remnants of the old fortification, which is now home to condos.

We then headed towards the oldest part of the city. As our guide explained, much of the area was in disarray as many individuals left in the 1980’s to head to the “Golden Zone”. In fact, parts were abandoned completely, but once the economy went south, some families tried to return.

Now, much of the downtown area has been protected in an attempt to preserve and revitalize. Still, much of the area looked impoverished to us.

The two highlights that our guide pointed out along the way were the flower market and shrimp market. Mazatlan remains one of Mexico’s major Pacific ports exporting millions of pounds of shrimp every year.

Time for Some Excitement

Leaving the center of town, we headed towards the coast. Here, there are several statues along the seaside pathway that reminded us of the Malecon in Puerto Vallarta.

No Best of Mazatlan shore excursion would be complete without a stop at the small oceanside park to watch the famous cliff divers. These daredevils risk life and limb to amaze audiences as they jump from a 50-foot platform into less than 6 feet of water below.

Timing is everything! These divers need to be precise to time the jump with the incoming waves. We arrived just as one diver was about to complete the ritualistic jump. Then, there was a second diver that performed just for our tour group.

We watched for about 15 minutes, scoring some videos and photos, before hopping back on the bus to head to our next stop.

About 15 minutes away, the bus stopped in the “newer” section of historic downtown, which was a short walk to the Immaculate Conception Cathedral. Also located in Republic Square is the city’s government building.

Our guide gave us a quick 5 minute overview of the history of the area and the church. Then, we had 30 minutes to explore on our own. We took a few photos and stretched our legs for a bit. We also took a peek inside the church, but there was a service taking place at the time. With our tour group all back on the bus, we were off to our last stop of the day, the Golden Zone.

To the Golden Zone

Retracing some of the path we took a little over an hour ago, we made our way to the “Golden Zone”. This is the major tourist area in Mazatlan. The modern resort area is filled with hotels, shops, restaurants, and the beach. We had 75 minutes of free time to explore on our own.

I couldn’t go to a new port without a t-shirt or an ornament for our holiday tree, so a little souvenir shopping was first on our list.

Even though it took longer than expected to find these items, we still had time to grab a bite to eat. Yes, typically we do skip food stops on these tours, but I had to try some local shrimp while in Mazatlan. Based on the recommendation from our tour guide, we stopped at a small restaurant next to our meeting spot.

The Princess opted for some chips and salsa, while I enjoyed an order of shrimp sauteed in garlic and olive oil. It was fresh and delicious. Of course, we ordered some margaritas to go along with the food. I’m happy that we were able to sneak in this meal. It was the perfect capstone to the day in this new port of call.

Recap of the Best of Mazatlan Shore Excursion

Our tour guide was a wealth of information, but he continued answering questions and dispensing knowledge about the history and culture of his hometown along the 30 minute drive back to the cruise port.

Upon being dropped off, we snaked our way through the maze of shops and bars to catch the short tram back to the ship. As this is a commercial shipping port, guests are not allowed to walk back to the cruise ships on their own.

Overall, it was a successful day getting to learn more about Mazatlan and seeing the major highlights. If you have never visited this port of call, then the Best of Mazatlan shore excursion is a lovely introduction. We now have a better idea of the layout of the city and can decide what other tours and experiences to book the next time.

While this was our first visit to Mazatlan, we know it will not be our last.

Have you taken the Best of Mazatlan shore excursion? Do you have a review that you would like to share? Drop us an anchor below with your favorite things to do in this Mexican Riviera port of call.

Don Bucolo, or “DB”, loves everything about cruising- the ocean, the food, and the atmosphere. While he may be obsessed with doing extensive amounts of research on ships and all elements of a cruise, Don enjoys sharing his new found knowledge with fellow cruisers. When he is not sailing the high seas, he does whatever his wife tells him to do-it only took 10 years to realize this.
Don
Previous Post « Top Things to Do in Mazatlan, Mexico on a Cruise in 2020
Next Post Top Things to Do in Maui, Hawaii on a Cruise » 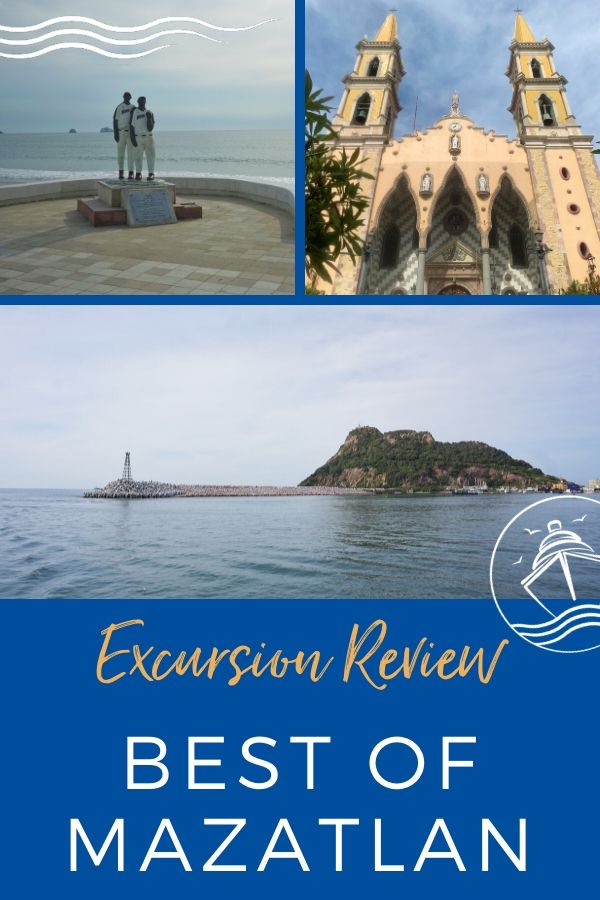