May 15, 2020: Get caught up with This Week's Cruise Headlines including more lay-offs and cancellations to new and unique itinerary offerings for 2021-2022. 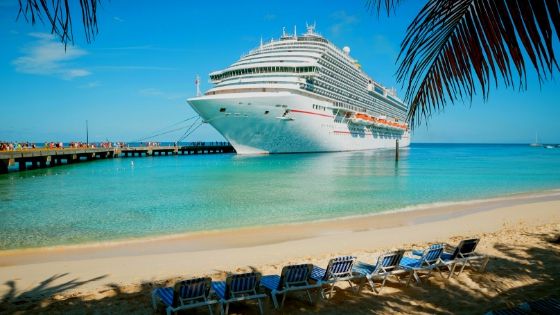 While not as busy as last week, this week still provided plenty of cruise updates from many of the major cruise lines. These announcements include everything from more lay-offs and cancellations to new and unique itinerary offerings for 2021-2022. Get caught up with all the details from This Week’s Cruise Headlines.

Carnival Corporation announced this week a combination of lay-offs, furloughs, and reduced work weeks and salaries to manage this extended pause in cruise operations. Carnival Corp President & CEO Arnold Donald stated, “Taking these extremely difficult employee actions involving our highly dedicated workforce is a very tough thing to do. Unfortunately, it’s necessary, given the current low level of guest operations and to further endure this pause”.

Carnival Corp is now among the likes of other cruise lines including Norwegian Cruise Line who was the first to introduce a shortened work week and 20% pay cut for shoreside employees and a further furlough of 20% of its current employees until the end of July.

Disney Cruise Line is the latest cruise line to further extend its cruise suspension. Up until this point, the cruise line had suspended all new departures through June 18th, with Disney Magic sailings cancelled through July 2nd and Disney Wonder Alaska sailings cancelled through the end of June. However, this week, Disney Cruise Line further extended this pause now until July 27, 2020.

While there have been some positive announcements from Disney recently regarding its parks, including the opening of Disney Shanghai and Disney Springs at WDW, it is likely that the cruise line will be the last to resume operations. I guess that means a trip to Disney World has been added to our summer plans!

Related Post: When the Major Cruise Lines Are Expected to Resume

During a webinar on Wednesday, Royal Caribbean International’s President & CEO Michael Bayley addressed a number of commonly asked questions surrounding the current health crisis and what will be different when cruising resumes as a result. One obvious change that most cruisers saw coming was a revamping of cruise ship buffets. Bayley stated, “We’ve got teams working on every single element of the guest experience, and we obviously have a team working on the buffet. I think in the beginning, there will not be a buffet.” He further stated, “I think there will be changes for sure, and I think the word ‘buffet’ will diminish and we’ll replace it with a new concept.”

Does this mean that Virgin Voyages had the right idea all along? Will traditional cruise ship buffets be more akin to a food court like setting when cruising resumes?

Holland America Line’s President, Orlando Ashford, announced this past Tuesday that he will be stepping down from his position at the end of May. This announcement comes just a short time after the brand announced an extension to its global pause in operations as well as the cancellation of all Alaska, Europe, and Canada/New England cruises for the remainder of the year. Mr. Ashford has been with HAL since November 2014 leading the brand to continued success.

In a statement, he acknowledged that it was a difficult time for the cruise industry but that he is confident it will rebound. “I have no doubt that Holland America Line will thrive again soon, and its guests will be ready when cruise operations resume. I look forward to being one of the first to sail.”

Just prior to Ashford’s announcement, sister brand Seabourn’s President, Rick Meadows, also announced that he would be stepping down from his position with the company.

With all the doom and gloom surrounding cruising recently, we are happy to report some positive news as well. After Carnival Cruise Line’s announcement last week regarding its phased return to service plan with a scheduled set sail date of August 1st, the Cruise Planners travel agency reported a 600% spike in bookings compared to last year’s numbers for that day and a 200% increase over a 3-day period. Of course, some of this increase can be explained by the re-booking of cancelled cruises. However, it does provide some optimism that cruisers are eager to get back to sea once it is safe to do so. We certainly are!

Carnival Corp’s President and CEO also remarked, “It’s encouraging to note that the majority of guests affected by our schedule changes want to sail with us at a later date, with fewer than 38 percent requesting refunds to date.” We think this is a great sign for the future of the cruise industry.

Another great sign for the future of cruising is that the cruise lines are acknowledging the desire of guests to cruise to new and exotic destinations across the globe and are curating itineraries to satisfy their curious travelers. This past week, Norwegian Cruise Line released its 2021-2022 bookings with first of its kind itineraries visiting locales such as Antarctica on Norwegian Star and roundtrip cruises from Cape Town, Africa.

Heidi is a physical therapist by profession, cruise enthusiast at heart, and Princess all the time! She is a self-confessed thrill seeker, obsessive planner, and over-packer. She is always looking for the latest and greatest adventures onboard and ashore, enjoys researching top things to do in ports of call, and loves dressing up for formal nights.
Heidi
Previous Post « Irie Tours All West Beach Hopping Excursion Review
Next Post When Will Cruising Really Resume? »