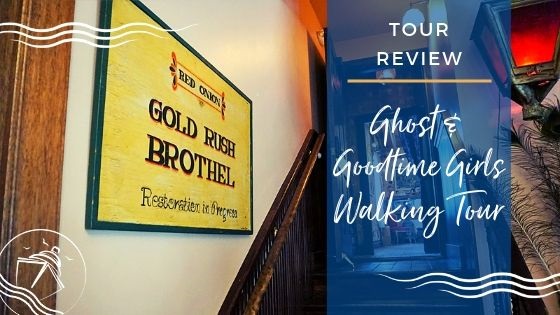 One thing we love about cruising to Alaska is the diversity of shore excursions. Among the popular stops on many Alaskan cruises is Skagway. This historic town offers several interactive tours that transport you back to 1898. During our recent visit to this town made famous by the Gold Rush, we decided to book one of the more risque tours which included a stop at the infamous Red Onion Saloon. We survived, with our dignity intact, and share our experiences touring downtown Skagway in our Ghost and Good Time Girls Walking Tour Review.

Skagway, Alaska is a relatively small town. While you can certainly walk the streets using a map of the local attractions, many tour operators also offer guided excursions. Having briefly explored the downtown area during our last visit to Skagway, we opted for a guided tour this time. We decided to have a little fun and book the Ghost and Goodtime Girls Walking Tour.

Being only a couple hours long, this tour would give us plenty of time on our own later in the day for shopping and such. 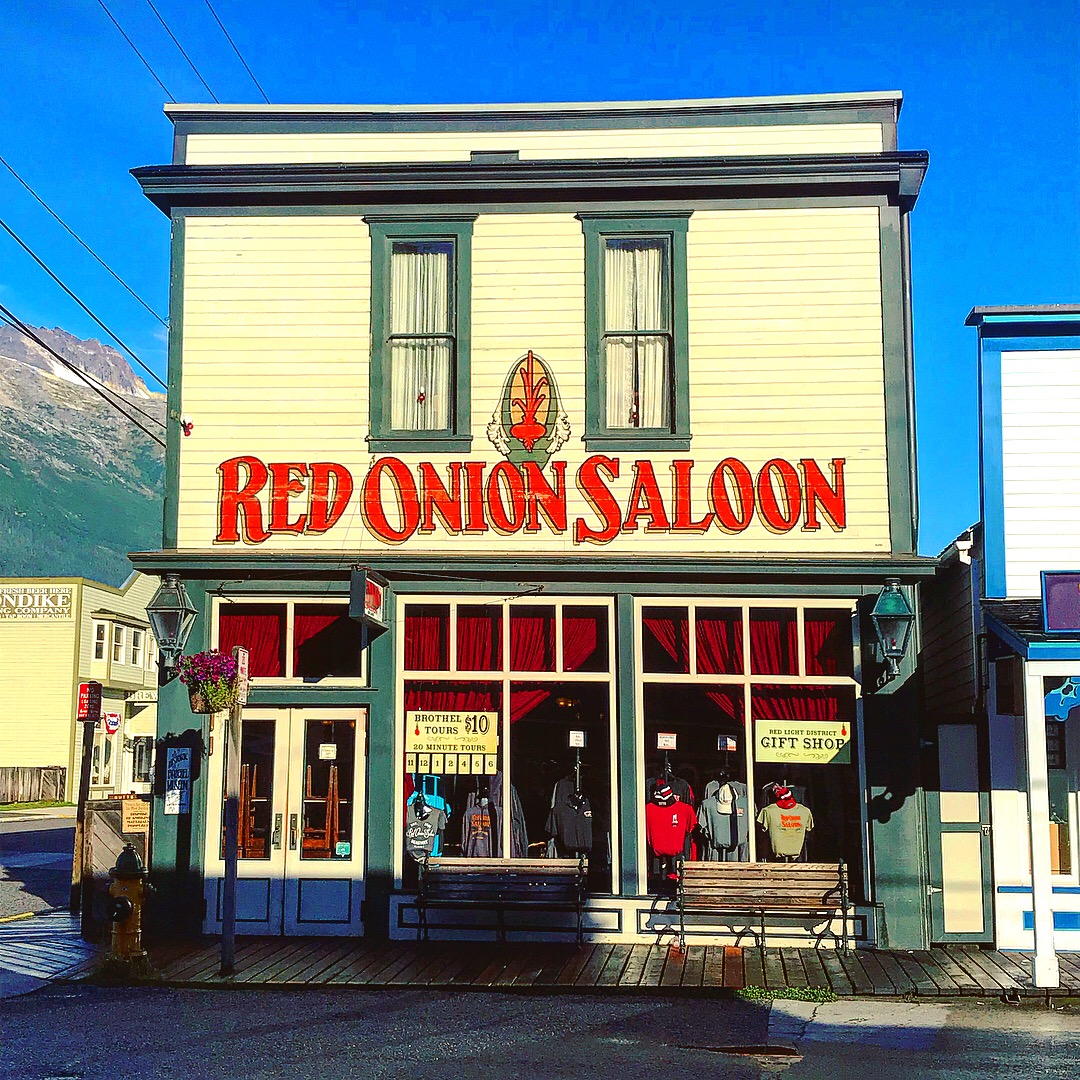 Comparing prices for the tour, we decided to book directly with the Saloon versus through the cruise line. This saved us over $20 a person.

Related Post: Best Things to Do in Skagway, Alaska on a Cruise

Are We At the Correct Meeting Spot?

With Norwegian Bliss scheduled to dock early, we booked the 9 am tour. Being among the first passengers off the ship, we were able to secure some photos of the rather quiet downtown area during our walk to the meeting spot. Most of the other early birds were on excursions that took them way from the town, like the White Pass Railway. 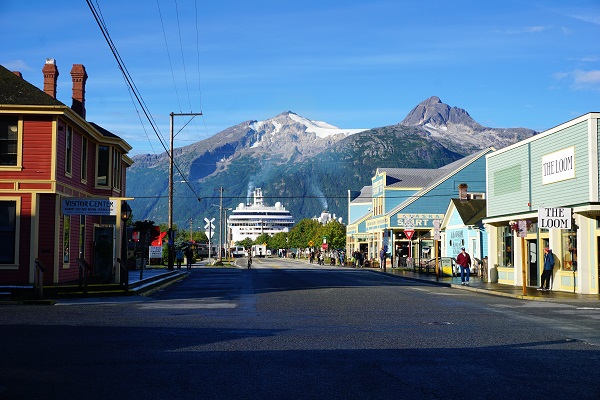 We arrived at the Skagway Museum and Town Hall about ten minutes early. Of course, we had our tickets in hand eagerly awaiting our tour guide. As luck would have it, we would end up seeing buses of cruise passengers being dropped off with their “madams” ready to start the tour. When I asked one of the tour leaders about our tickets, she indicated “the next tour is for you”. 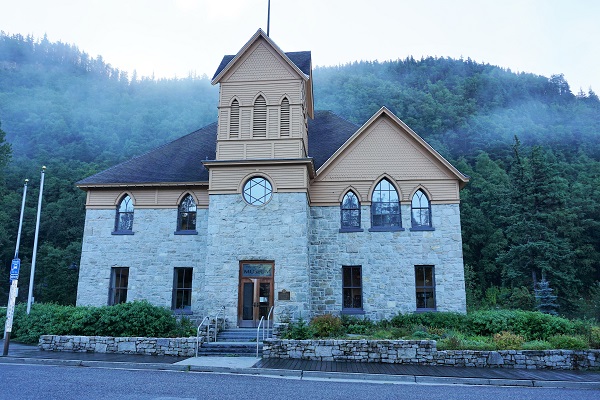 At this point, we had been waiting a while and were determined to join the next tour regardless. When the next bus arrived, the tour guide welcomed us into the group with our souvenir garter to display proudly on our arms.

Strutting Our Stuff All Over Town

Unfortunately, we missed whatever introductions were made on the bus ride over to the first stop. Thankfully, we were able to keep up with the fast-paced wit and innuendo for the remainder of the walking tour. Our tour guide, Daisy, was in character from the start as she began our walking tour of Skagway’s historic streets and back alleys. 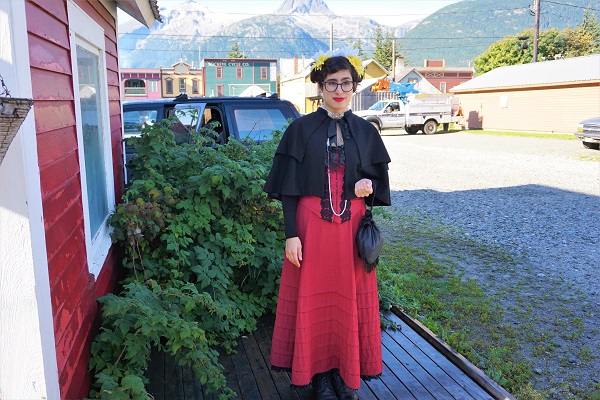 The tour visits several stops along the way, some of which were well marked with plaques to describe the historical significance while others don’t flaunt the details of their lewd history.

During our travels, Daisy stayed true to character while detailing some stories of the more notable women of the time like Klondike Kate, Cad Wilson, and Diamond Lil. The historical storytelling was funny, yet informative and sobering at the same time. The harsh realities of the time period, as well as the living conditions that many of these women endured, certainly painted the picture of this grim profession.

Among the several stops were some of the still standing  “houses of negotiable affection”. These 120+ year old buildings have stood the test of time. 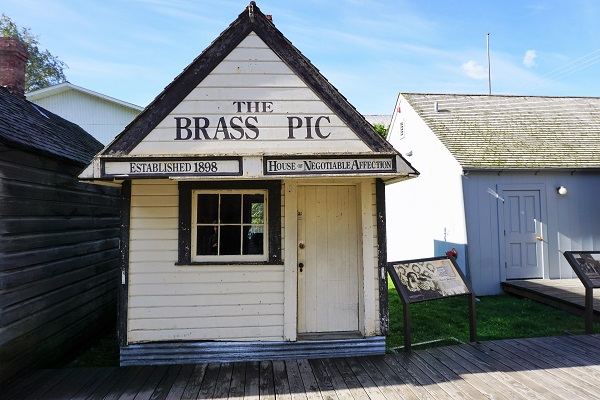 While we might have learned more than we needed to know about these “cribs” and the ins and outs of the business, we had some fun along the way. Let’s just say, we are all professional streetwalkers now!

I Ain’t Afraid of No Ghosts

Examining the boom and bust of Skagway through the “adult” lens on the Ghost and Goodtime Girls Walking Tour definitely provided a very unique perspective on this historic town. You soon realize that the short lived high-times of this city were certainly a rather lawless and dynamic time.

After strutting through the streets, the tour eventually ends at the “back entrance” to the Red Onion Saloon as the tour also includes a visit to the Brothel Museum. Those who are interested in only viewing these upstairs rooms and the large collection of artifacts can purchase “The Quickie” tour. 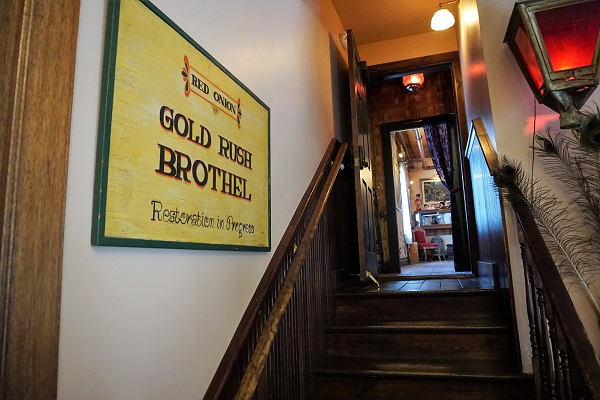 Following a champagne toast led by the Goodtime Girls, we were directed upstairs to explore the halls and bedrooms of this celebrated brothel. Here, we learned a thing or two about how it all went down, literally. Basically, men would select one of the girls from the display of dolls. Once the girl was selected and he made his way to her crib, her doll was laid down until she was available once again.

This tour is part self-guided exploration and part narrated. We got to see some original furnishings from the era, images of the ladies who worked here, and even hear stories of the resident ghost, Lydia. Fortunately, she did not make an appearance during our visit. 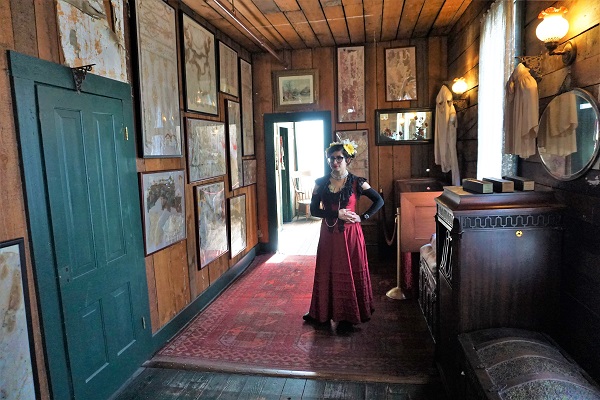 The tour ended with the group exiting through the opposite end of the building. Ever the gentleman, I made sure to leave our guide a tip for services rendered! 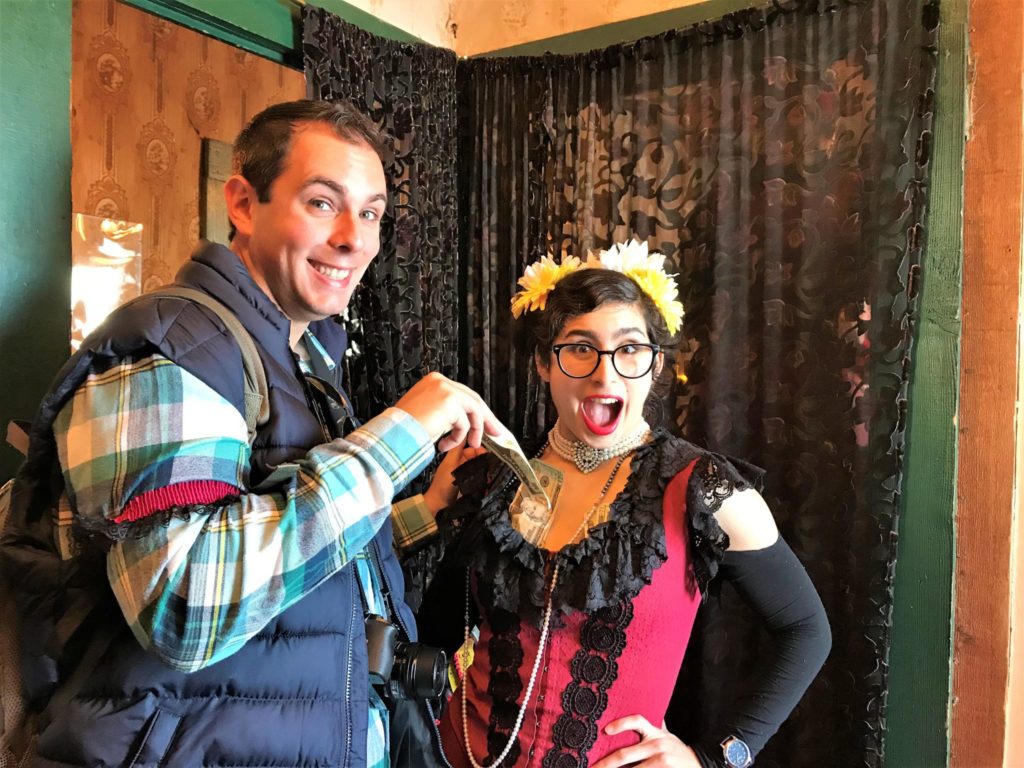 The Ghost and Goodtime Girls Walking Tour provided an entertaining look at downtown Skagway, Alaska. It included stops at many of the town’s notable landmarks and establishments, along with some not commonly found on tour maps.

The tour company advises guests should be 14+ years of age. Given the nature of many of the topics, and jokes, the age warning should be considered. Booking directly through the Red Onion Saloon’s website did save us money, but it was a bit unorganized finding our tour guide in the morning. 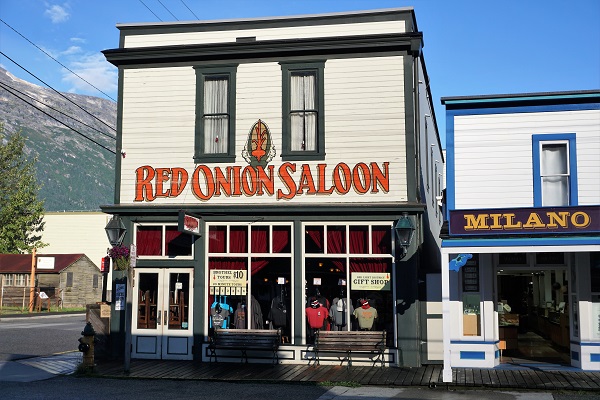 If you are visiting Skagway for the first time, this tour might not be at the top of your list. Other tours that provide more detail about the Gold Rush era or perhaps a ride on the White Pass Rail are more popular options.

However, it was an ideal tour for our second visit to Skagway as it offered some new stories and unique perspectives on some of the tales that we had heard during our previous trip.

The approximately 2 hour walking tour was slow paced with several stopping points along the way. Next time we see one of the madams strutting her stuff along the streets of Skagway, we will be sure to say hello. Don’t forget to look all the way to the left and all the way to the right!

Have you visited Skagway, Alaska? Would you consider taking the Ghost and Goodtime Girls Walking Tour? Drop us an anchor below with your favorite tours in this popular Alaskan cruise port.