We visited historic sites and vantage points like Shirley Heights and Nelson's Dockyard and detail it all in our Antigua Highlights Tour Review. 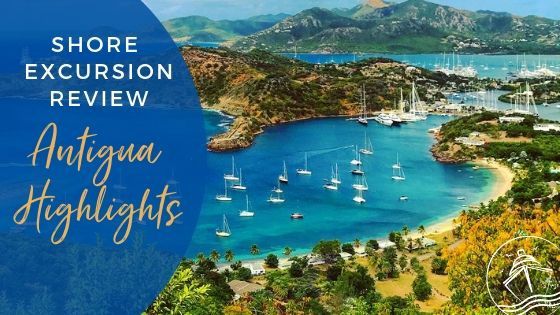 While not far from popular Eastern Caribbean ports of call, only a handful of ships call at the island of Antigua. Consider yourself lucky if your upcoming cruise itinerary includes this off the beaten path stop. Known as the sunniest of the Caribbean islands, Antigua has plenty of rich history and scenic sights. It also hosts several celebrity homes and 365 picturesque beaches. On our recent Windstar Cruises’ Wind Surf trip, the Princess and I ventured off to see some of the most notable locations. Now, we are back with our Antigua Highlights Tour Review.

We booked this shore excursion ahead of time with the cruise line. As we were tendering at this port of call, we didn’t want to take any chances with booking a private excursion. Most larger cruise ships dock in St. John’s, the capital of the island nation of Antigua and Barbuda. Given the small size of Wind Surf (the largest sailing vessel with 300 guests), we could get closer to the attractions by docking in Falmouth Harbor on the southeastern side of the island. 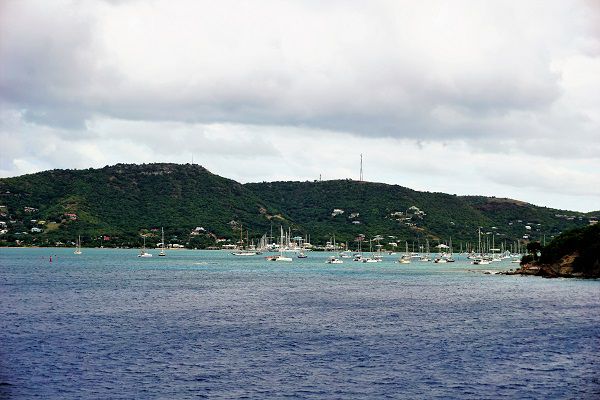 Our tender arrived ashore around 8:45 am, and we were divided into smaller tour buses to head off for our morning explorations of the island. Our first stop on this tour was about 20 minutes later at the Dow Hill Interpretation Center. Along our drive to this lookout point, the guide provided some general orientation to the island and our planned itinerary.

Along with this stop, we would be visiting two more vantage points, followed by an approximately 90 minute stop at Nelson’s Dockyard, a heritage site and marina in English Harbor.

As one part of the country’s national park, Dow Hill Interpretation Center offers a 15 minute museum-like presentation. As the only tour group here, we watched the three-dimensional presentation that details the six eras of people that helped shape the island. 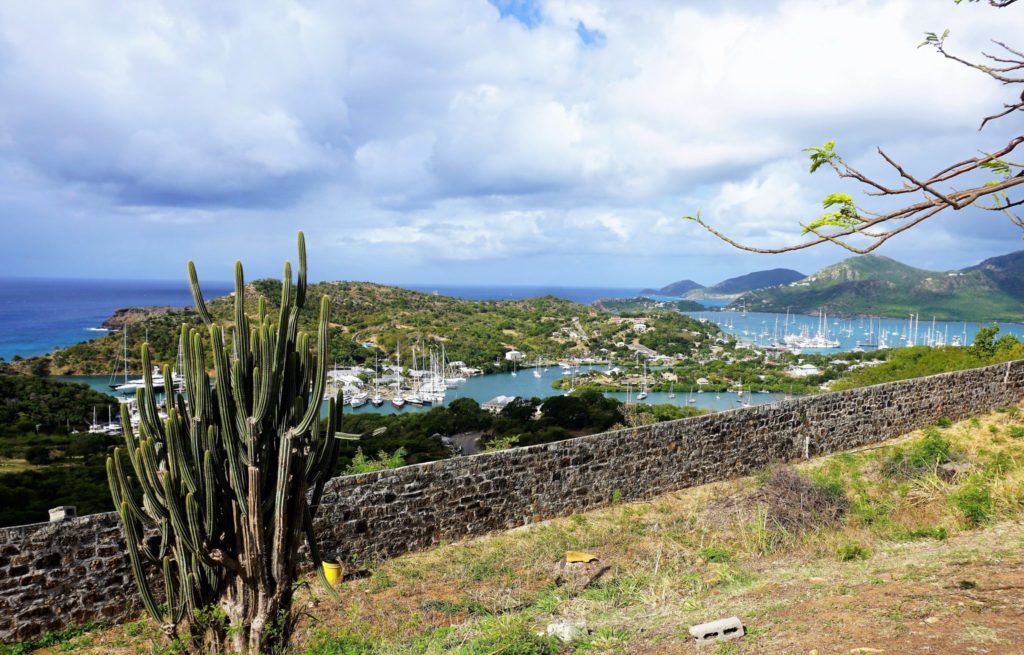 While informative, the presentation is a bit dated, and not exactly Disney World level animatronics or special effects. Still, it was more interactive than simply listening to a tour guide or watching a movie about the history and culture of the island.

Following the presentation, we were escorted around the grounds for our first (of many) glimpses at English Harbor.

At this vantage point, we could get a perspective of Freeman’s Bay, the Pillars of Hercules, and Fort Berkeley. This late 18th century fort included a bomb proof magazine to protect the harbor from approaching ships. 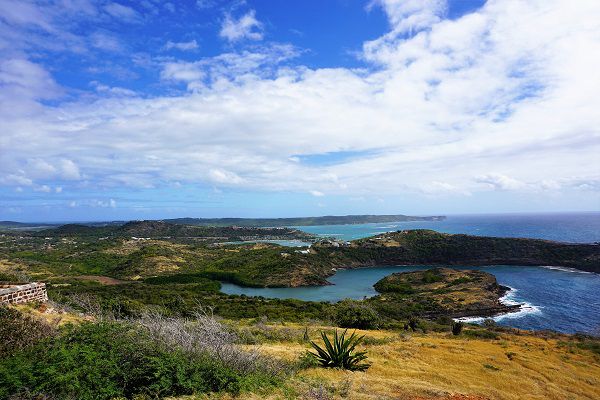 When enemy ships approached, the guards could barricade them in by pulling a chain between the two jetties, rendering them trapped. After about 10 minutes of photos and brief narration, we were on to our second stop of the tour, the Block House.

More Views of the Harbor

The Blockhouse was about five minutes further south from the Center. This late 18th century structure is home to several original and restored buildings, including officers’ quarters and the ammunition storage areas. 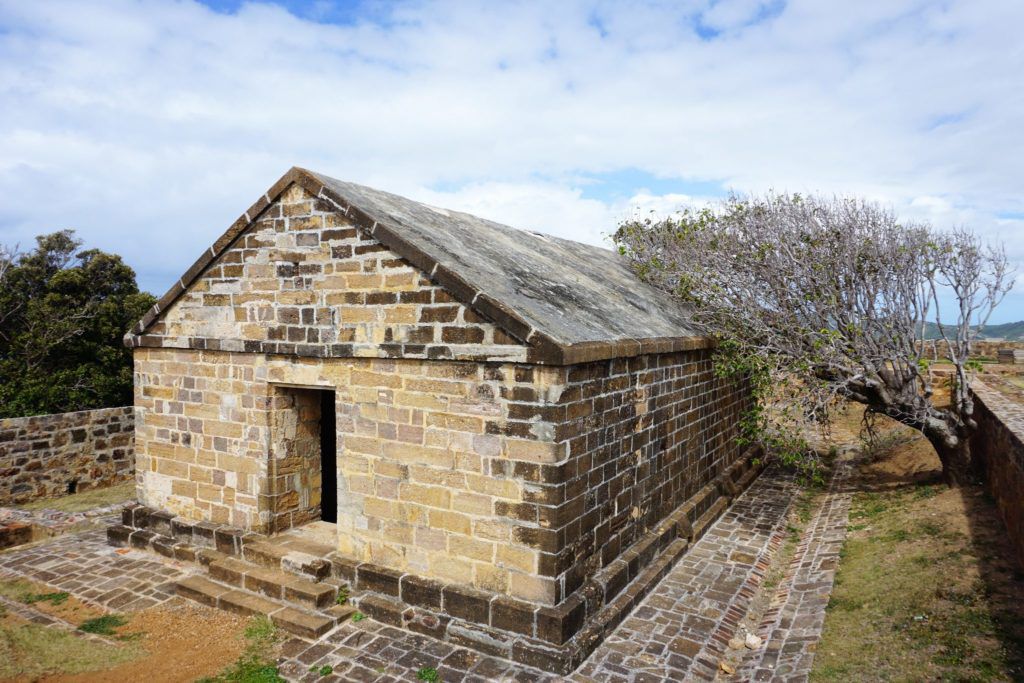 From this vantage point, you can see the eastern coast of the island and Mamora Bay. This part of the island is home to all inclusive resorts, other tourist areas, and Eric Clapton’s home. We also learned that there is a rehabilitation center founded by the musician located in the same region of the island where celebrities like Britney Spears and Whitney Houston spent time. So, that is your random fact of the trip.

The windy conditions up here made getting photos difficult though. We were only at this stop for 15 minutes until we were rounded up and shuttled to the high point of the tour, quite literally, at Shirley Heights. 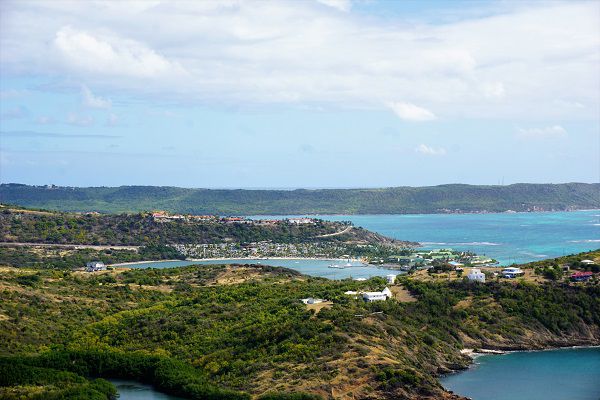 At Shirley Heights, you have some of the best views of the English Harbor from almost 500 feet above sea-level.

Similar to the other stops, our guide provided some brief explanation about this part of the fort. Then, we were given time to walk around on our own and of course grabs some photos. This stopped was again about 15 minutes. While here, you could also browse some of the vendors or read a few of the informational signs surrounding the Guard House. 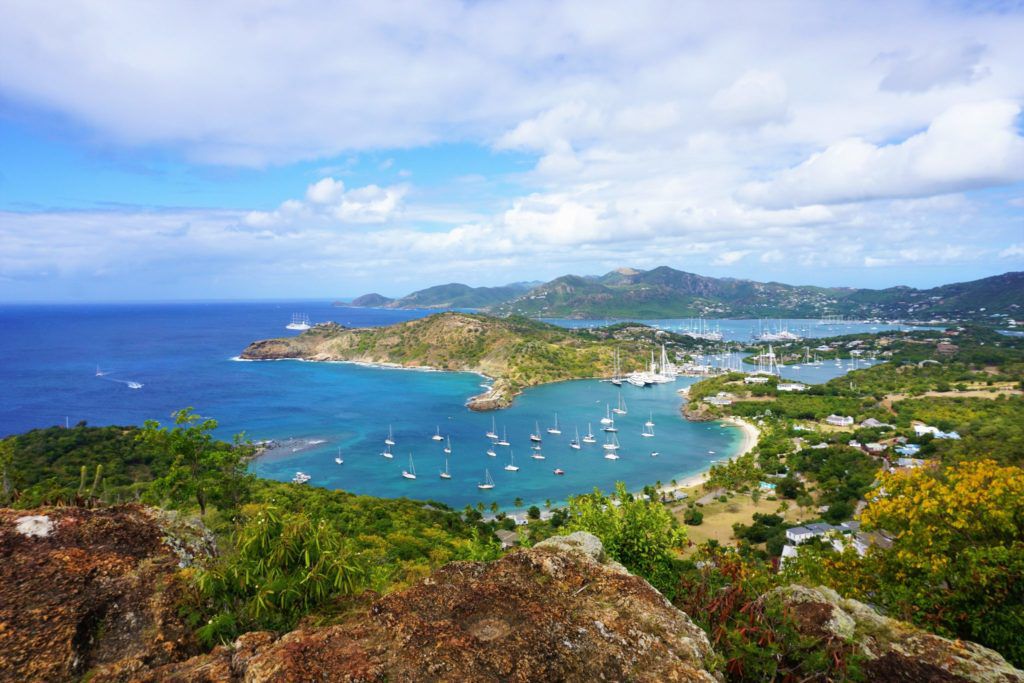 Honestly, the next (and final) stop on this tour is the most interesting, especially for history buffs.

Related Post: Best Things to Do in Antigua on a Cruise

We arrived at Nelson’s Dockyard by 10:30 am as all of these sites are relatively close to one another. This UNESCO Heritage site includes several original and restored buildings from the 18th and 19th century. Our tour included admission to the area, as well as a 15 minute guided tour. 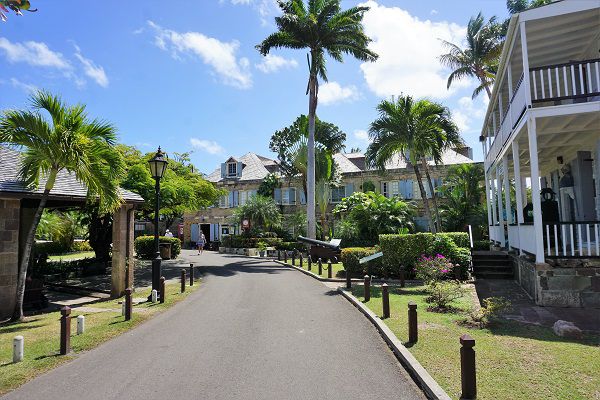 The short guided tour oriented us to the general layout of the grounds, which includes some shops, a restaurant/bar, and a museum. After the tour, we were given an hour to explore on our own and enjoy a complimentary drink. Of course, we had to get the Dockyard’s signature Rum Punch made with the island’s 151 proof rum. 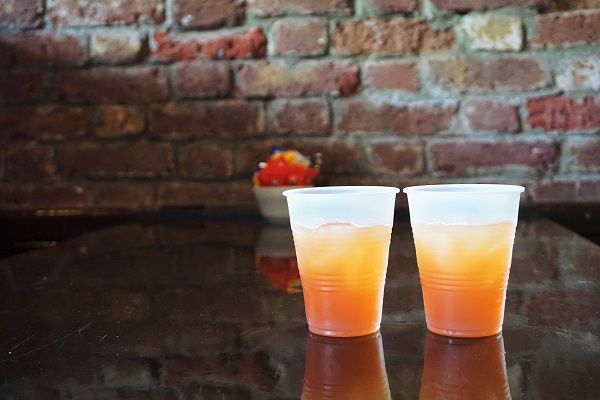 We also did a quick loop through the museum. This former admiral’s home now houses some nautical tools, maps, and other artifacts from the dockyard and the time period.

The grounds are beautiful, and we were lucky to have some amazing weather. The historic buildings add a unique backdrop to the working harbor which still houses several yachts and modern vessels. 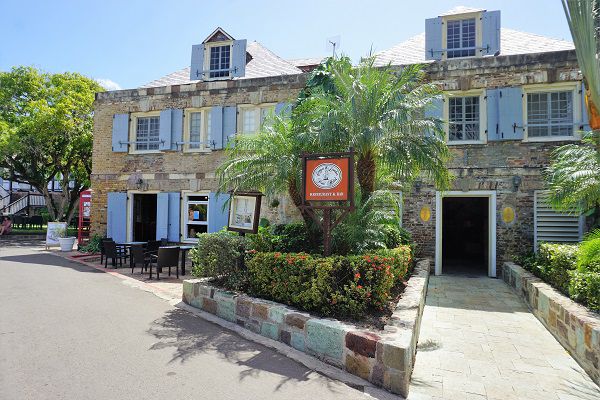 You could easily spend a few hours here enjoying the various vendors. We had just enough time to grab a souvenir in the gift shop and some island rum. Meeting at our pre-arranged spot, the 10 minute ride back to the tender location was uneventful.

Although it was a rather short tour, getting to view some of the island’s most significant landmarks and vistas was an enjoyable way to spend the morning. For those who want more, you could easily fill your afternoon with more sightseeing or some beach time.

For us, we headed back to the ship for some lunch and an afternoon on the pool deck!

Have you visited Antigua on a cruise? Do you have a review of the Antigua Highlights Tour? Drop us an anchor below with your experiences cruising to this Eastern Caribbean island. 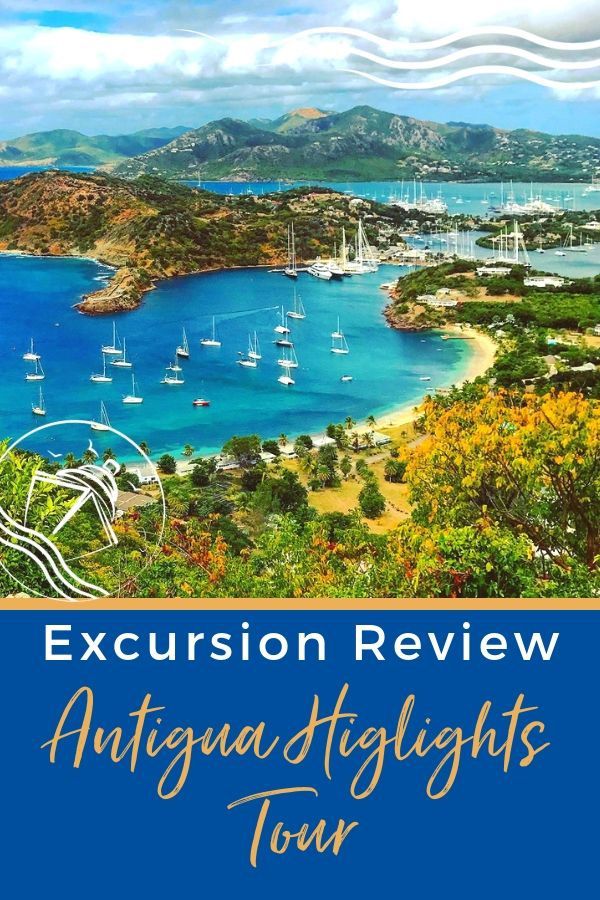 Don, or “DB”, loves everything about cruising- the ocean, the food, and the atmosphere. While he may be obsessed with doing extensive amounts of research on ships and all elements of a cruise, Don enjoys sharing his new found knowledge with fellow cruisers. When he is not sailing the high seas, he does whatever his wife tells him to do-it only took 10 years to realize this.
DB
Previous Post « Top Things to Do on Navigator of the Seas
Next Post What’s Included on Perfect Day at CocoCay, Bahamas »