We highly recommend the Game of Thrones Tour in Belfast, Northern Ireland. Read our complete review to see why this tour is the best way to see the country. 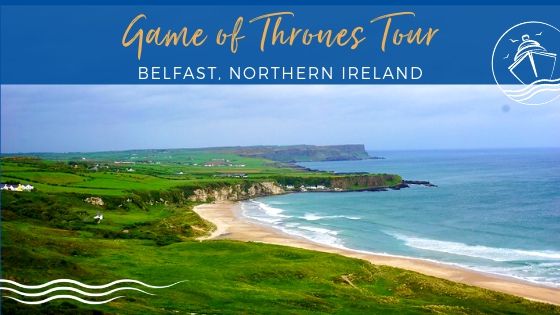 If you are a regular reader of our blog, then you know we love to do and see as much as possible when on a cruise. Our stop in Belfast, Northern Ireland on our Celebrity Eclipse cruise was no different. As a huge fan of the Game of Thrones HBO series, I was voting for one of the tours that visited several of the filming locations. After spending a full day with our guide, we can honestly say that even non-viewers like the Princess will have a great time on this tour.

After contacting a few different tour operators during our planning process, we decided to book a private tour with Taxi Tours Belfast. With a private tour, our group of four would get to see and do everything that we wanted. This would allow us to visit Game of Thrones locations in addition to other landmarks like the Giant’s Causeway. 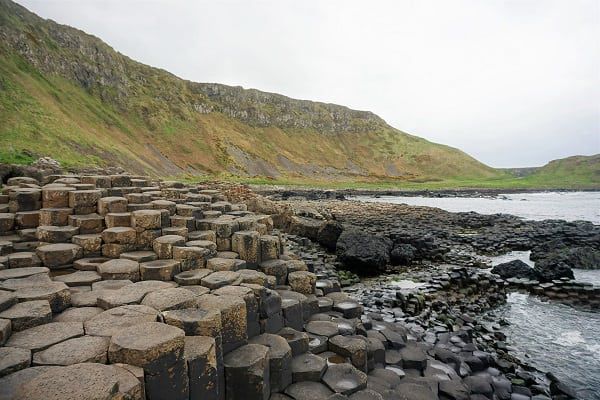 Booking online was simple. Norman, the owner of the company, was responsive to our emails and questions. With a small deposit, our tour was booked a few months in advance of our cruise. The remainder of the balance was paid directly to our driver on the day of the excursion.

Getting the Tour Started Early

The email instructions indicated that we would meet our tour guide next to the ship within 30 minutes of the ship docking at the port. For this port of call, our ship was scheduled to dock at 7 am. As prudent cruisers, we were ready and packed, room service consumed, and met our family right around 7 am. As we were walking towards the gangway to lineup, the announcement was made that the ship was already cleared. 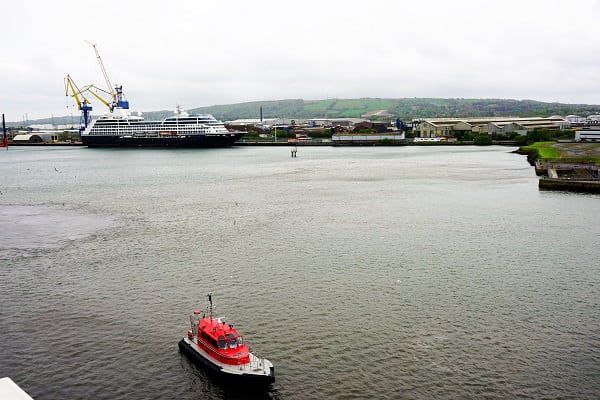 We walked right off the ship by about 7:15 am to be greeted by a tall gentleman in a black coat holding a sign with our name. Meeting our driver Cyd for the first time, we let him know that we wanted to do and see as much as possible in the 8 hours before we had to get back to the ship.

We set off on a tour that encompassed everything we asked to see and more! Cyd was informative, honest, and we would certainly recommend him as a tour guide.

Getting Ahead of the Crowds

Given we were among the first passengers off the ship, Cyd suggested we alter the order of the tour slightly to stay ahead of the other tours and buses. So, we took an hour or so ride along the Antrim Coast on the Coastal Causeway route.

It was a cloudy and overcast day with intermittent rain and some gusty winds.

Arriving at our first stop before 8:30 am, we were able to take pictures of the Dunluce Castle. For fans of the Game of Thrones series, you might recognize this 15th-century castle as the House of Greyjoy, ruler of the Iron Islands. 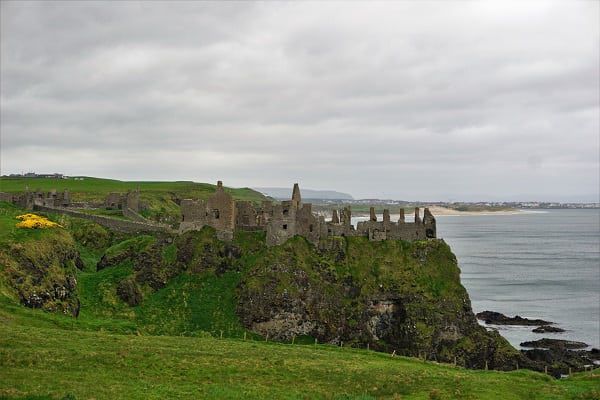 After our five-minute photo op, we headed toward the Giant’s Causeway about 15 minutes or so down the road.

This popular tourist attraction wasn’t even officially open when we arrived. So, we just headed straight down the steep hill to snag photos of this natural wonder with few other visitors around. We walked the area for about thirty minutes, taking plenty of photos along the way, when a shuttle bus arrived. We opted to pay the minimal fee to have the bus drive us back up the hill. With a quick stop in the visitor’s center at the top, we were successfully the first people to see this magnificent natural attraction for the day!

Seeing More Than the Game of Thrones Locations

During our travels to the next stop, we hopped out of the van for a quick photo of the remains of Dunseverick castle, which is also featured in Game of Thrones. 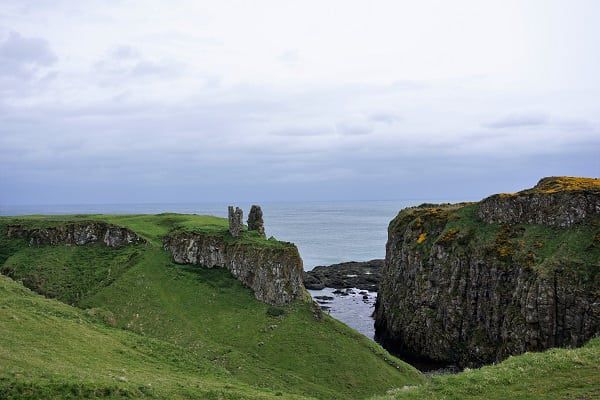 At several of the more popular stops, there were signs that explained how the area was featured in Game of Thrones, but we had to trust Cyd when he mentioned a particular scene was shot at certain lesser known locations.

During the next 15 minutes, we photographed additional scenic shots of the coastline. Our next official stop was the Carrick-a-Rede bridge, a 66 foot long rope bridge that links the mainland to the tiny island of Carrickarede.

We did take the walk from the parking lot to the bridge, but we were not able to cross the bridge due to weather conditions. This national park offers some lovely walking trails if you have extra time or the weather is more agreeable. For us, we had other locations to see during our brief visit to Belfast. 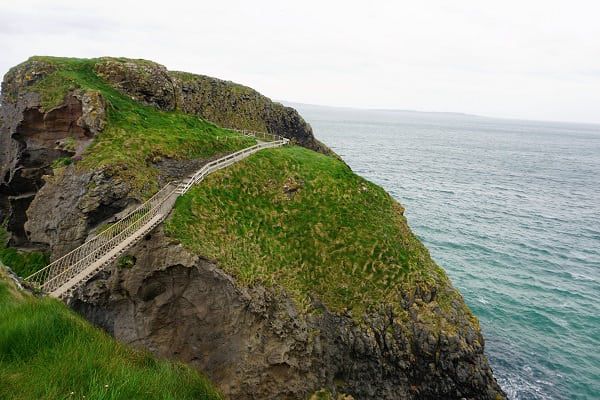 Between the walk to the bridge and back as well as a quick stop in the cafe, we spent close to an hour at this location.

Down the road is an overflow parking lot. Normally, this is not very interesting, but this former stone quarry is the home to several scenes from Game of Thrones. Known as Larrybane, this is the location of Renley’s camp. In a battle scene at this location, the character Brienne of Tarth is introduced in the series.

The next stop on our Game of Thrones tour in Belfast was Ballintoy Harbor which was about 5 minutes away. At this point, it was mid-morning, and there were more tourists beginning to descend on these landmarks.

This location is well known as the main area set for the Iron Islands, with several scenes throughout the series shot here and along the small beach off to the side. Comparing the actual landmark to the scenes from the television show, you certainly gain a greater appreciation for the “movie magic” that goes into creating the series.

Making great time so far, Cyd recommended that we take a slight detour to visit the Bushmills Distillery. How could I say no to testing out some whiskey?

Doing an abbreviated whiskey tasting and purchasing a bottle, we arrived at our next stop on the tour around noon. The Dark Hedges might have been the most impressive sight of them all. Even before the Game of Thrones series, this public road was a popular tourist photo-op.

With these eerie trees also doubling for the Kings Road in the series, this road has become even more popular. Still, we were able to get a few good photos without anyone in them.

We walked from our drop off point up the road to meet our guide at the other end. It was raining pretty steadily at this point so we were starting to get a little wet and chilly.

Leaving the Dark Hedges, we made another quick stop at the Cushenden Caves. These caves and adjacent waterway is the location of one of the pivotal scenes of Season Two.

Getting to See More of Northern Ireland

Having seen all of the sights we requested, it was only 1:15 pm. We still had over two hours left to see more of Northern Ireland. We took a scenic 1.5 hour drive along the coast, giving us just enough time to visit Shankhill Road, Falls Road, and the Peace Wall in downtown Belfast.

Throughout the drive, Cyd gave us some history of the area and country. 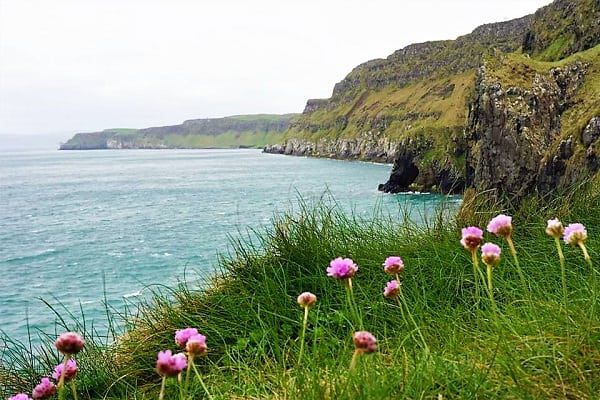 At some point during the ride, we slowed down so he could point out Cairncastle, essentially a hill where the first scene of the first episode of Game of Thrones was filmed. After everything we had seen today, it was a bit anti-climatic! 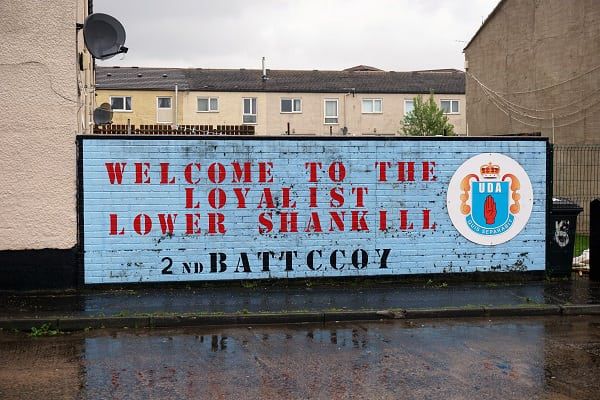 Returning to the city, our guide drove us around Shankill Road in the Protestant area and Falls Road in the Catholic area so we could see some of the prominent murals, as well as part of the Peace Wall. Though a brief stop, it was humbling to hear some of the firsthand stories of the Troubles.

By now, it was a bit after 3:30 pm, so we cut through a few side streets to avoid the traffic and were back at the ship in no time.

Our Game of Thrones tour had taken us to all of the well-known sights, as well as several other popular attractions in Northern Ireland. It was really like three tours in one! Even our aunt who was traveling with us said that we really know how to plan a shore excursion.

Have you visited Belfast, Northern Ireland on a cruise? Have you taken a Game of Thrones tour? Drop us an anchor below with your experiences visiting this memorable port of call. 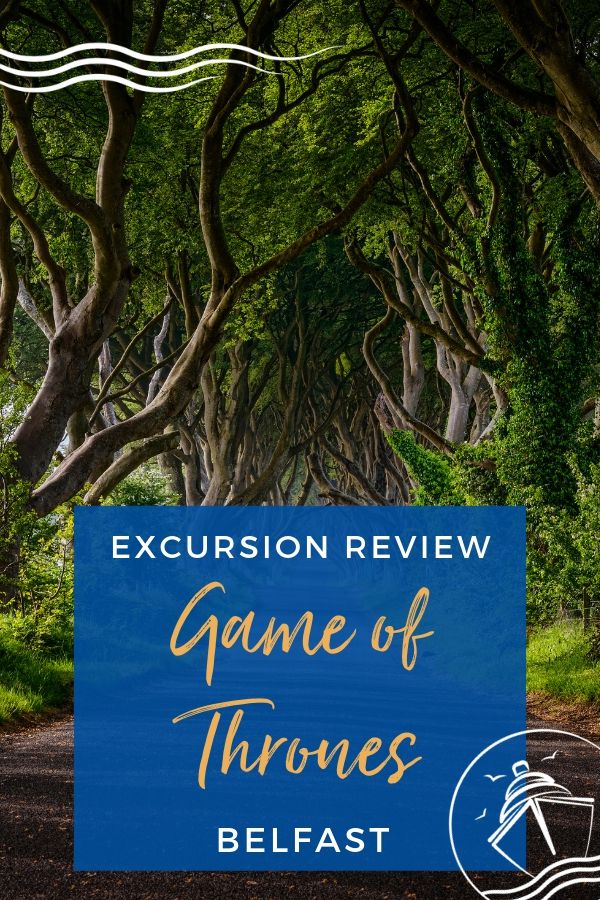 Don, or “DB”, loves everything about cruising- the ocean, the food, and the atmosphere. While he may be obsessed with doing extensive amounts of research on ships and all elements of a cruise, Don enjoys sharing his new found knowledge with fellow cruisers. When he is not sailing the high seas, he does whatever his wife tells him to do-it only took 10 years to realize this.
DB
Previous Post « Guide to Playmakers Sports Bar and Arcade on Symphony of the Seas
Next Post NEW: Royal Caribbean’s Unlimited Dining Package »