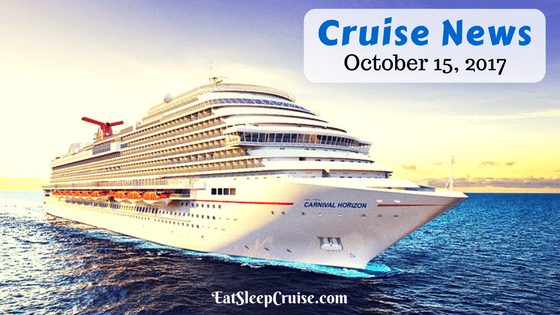 The month is half over, which means we are closing in on the Princess’ Halloween birthday. Yes, a cruise does make a great gift, but we will be staying on dry land this year. While we wait for our next cruise in spring 2018, the cruise lines have graced us with some unexpected surprises this week. It’s a good thing we have these reveals to keep us going. So, here is our weekly look at all of the latest cruise news October 15, 2017.

With the opening of San Juan, PR last week, we got more encouraging news this week. While St. Maarten was hit hard by Hurricane Irma, it appears the relief efforts are making vast improvements. Royal Caribbean announced this week that they will return to the island earlier than expected. The first commercial ship to return to St. Maarten will be the Grandeur of the Seas. The ship will dock at the port on November 5th. It is still unknown whether larger ships will be able to dock at the port. How many ships the port can reasonable manage is still unknown as well, as tour operators and other related business are still in the midst of the cleanup. We will keep you updated as more cruise lines announce their plans to return to the Eastern Caribbean. 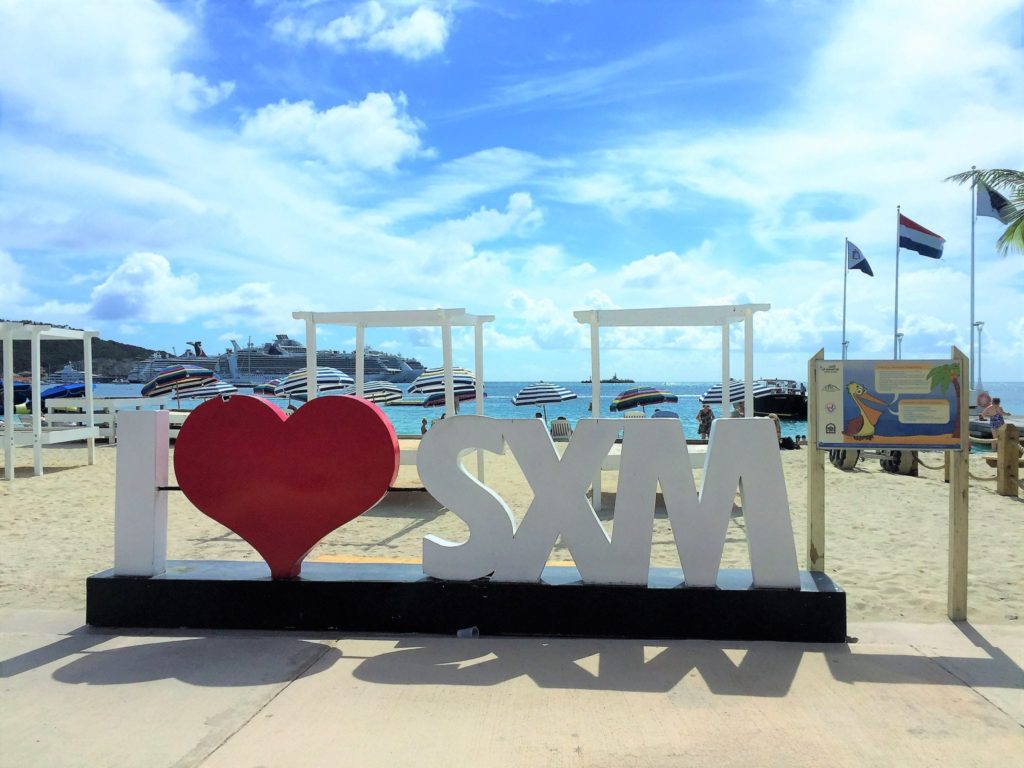 This Pictures Says it All!

In dining news, Carnival Cruise Line released more details about its newest ship Carnival Horizon. When the ship sets sail next spring, it will have a brand new dining concept. This new full service barbecue restaurant will continue the brand’s partnership with celebrity chef Guy Fieri. The new Guy’s Pig & Anchor Bar-B-Que Smokehouse|Brewhouse will feature classics like brisket, ribs, and chicken, along with other side dishes you would expect to find in a Southern-style smokehouse. With signature sauces, and a selection of home-style desserts, you will want to bring your appetite and napkins with you to this onboard restaurant. The venue will also feature craft beer selections brewed by the cruise line’s brew master. The plan is to have four distinct beers that will be designed to compliment the menu. 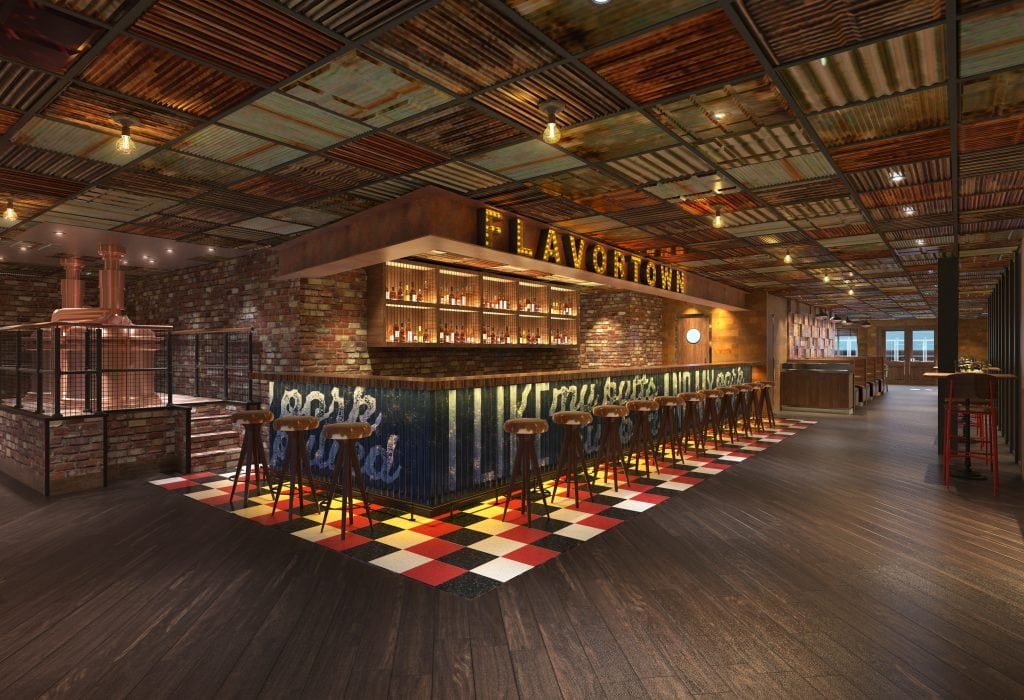 Symphony of the Seas Reveal

The soon to be largest cruise ship in the world also made news recently. Royal Caribbean unveiled some of the ship’s newest features. Among the details of the latest update on Symphony of the Seas was the announcement of several new dining concepts. The new venues include the first dedicated seafood restaurant, Hooked, as well as a new sports bar and pub, Playmakers, which will be on the Boardwalk. New entertainment for the Aqua Theater, Studio B, and the main theater were also part of the reveal including an all new glow in the dark laser tag. Get all of the ship updates in our feature the 12 Things You Need to Know about Symphony of the Seas.

Princess Cruises debuted its newest show on Regal Princess this week. Looking to compete with the Broadway caliber shows on other cruise lines, Princess Cruises’ “Born to Dance” was the first production to be released as part of the cruise line’s partnership with Stephen Schwartz. Schwartz is the Tony (and Oscar and Grammy) award winning composer behind Broadway smash hits including “Wicked” and “Godspell”. The first of four such collaborations with this awarding winning composer can now be seen on four Princess cruise ships. 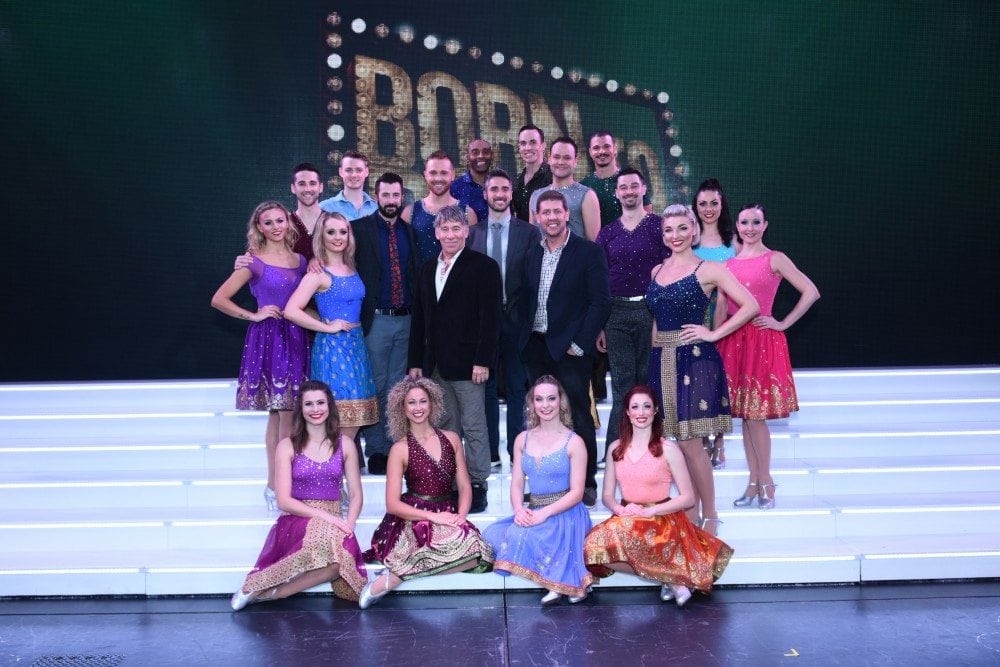 Carnival Fascination to Support FEMA Efforts Through Next Year

In an effort to continue supporting the Caribbean, Carnival Cruise Line is partnering with the Federal Emergency Management Agency (FEMA). As part of this deal, the cruise line has agreed to charter the Carnival Fascination to the agency for the next four months. The ship will be docked in St. Croix and will be used to house relief workers. Earlier this week, the cruise line had announced the ship would be returning to San Juan, PR, its homeport, to begin regular sailings this weekend. All passengers booked on the Fascination will receive a full refund as well as a future cruise credit that they can use on another cruise. The ship is expected to return to service in February of 2018 after it undergoes a dry dock and receives some new enhancements.

Did we miss any major headlines in our latest edition of Cruise News October 15, 2017? Do you have any cruise news to share? Drop us an anchor below with your latest updates. 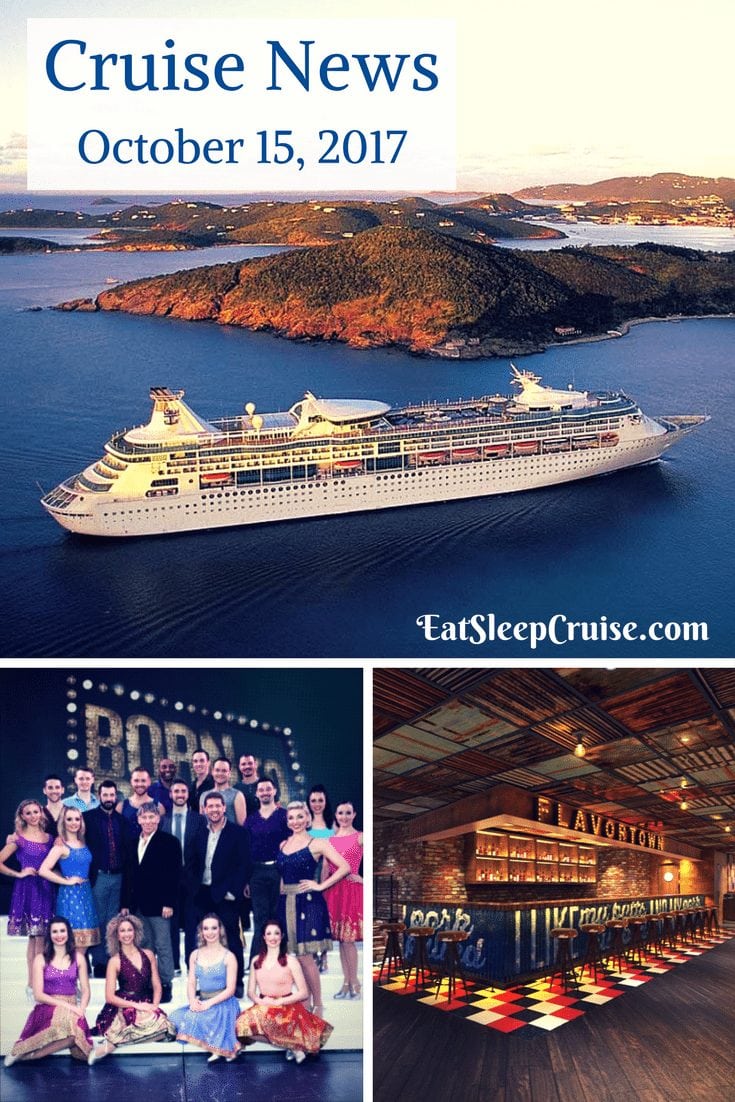