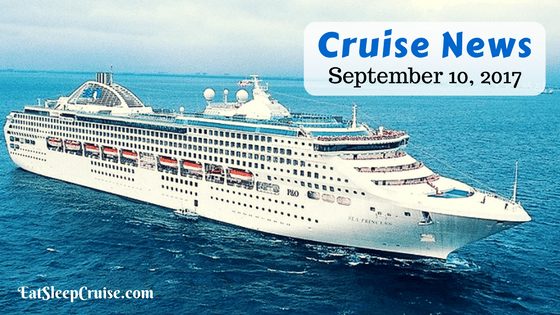 We are back with a brand new cruise news. A lot has happened in the past two weeks. Back on dry land, with no cruise booked (yet) for the next nine months (gasp), we can focus on providing you the latest travel updates. With a lot to cover, we are going to dive right into this edition of Cruise News September 10, 2017.

With Hurricane Irma hitting the Caribbean earlier last week and Florida this weekend, all major cruise lines had to make adjustments. There is still the possibility of further delays and changes due to resultant damages. We have the latest updates and run down of all cruise changes and cancellations in our Hurricane Irma cruise update from yesterday. Be sure to check back as we get the newest information from all the cruise lines.

The newest luxury cruise ship in the Seabourn fleet has touched water. The Seabourn Ovation’s official float out ceremony occurred a few days ago. Company officials oversaw this milestone in the ship building process. The cruise line’s president and cruise director, Jan Stearman, were among the officials present. Being with the company for 22 years, Ms. Stearman is the company’s longest serving female employee. One of the most luxurious ships afloat, the 600 passenger vessel will be comprised of all suites. The ship sets sail in May of 2018 on an eleven night inaugural cruise departing from Venice, Italy. 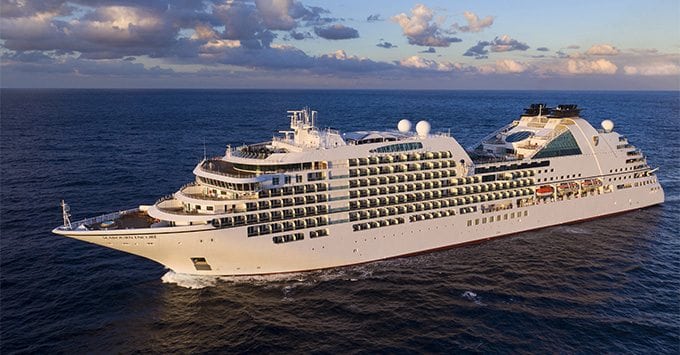 If you cruise like us, you like to plan ahead. With two cruises already booked for 2019, we could still fit a few more voyages into the year. Perhaps a cruise on Cunard? Well, with the cruise line releasing its 2019 itineraries recently, it is possible to put a deposit on a few sailings. Among the notable additions is the line’s return to Alaska. It has been 20 years since a Cunard ship sailed way up north, and you can now stop at popular ports of call on a few sailings in 2019. The same year, you can also take a world cruise onboard the Queen Victoria or a “Grand Voyage” onboard the Queen Mary or Queen Elizabeth which offer cruises ranging from 5 days to over 30 days. In addition, the cruise itineraries include over 20 maiden calls to new ports of call for the cruise line.

We certainly would love to travel around the globe via cruise ship. Cuisers now have another option as Viking Ocean Cruises announced its second world cruise this past week. Departing in January of 2019, the 128 day voyage will set sail from Miami, FL and head west, circling South America then heading toward the Pacific. Along the way, the ship will call on 5 continents, 44 ports of call, 21 different countries, including Chile, French Polynesia, Australia, South Africa, Morocco, and Spain, and will conclude in London, England. Cabins on this luxury cruise ship start at just under $50,000 a person, which includes air travel, transfers, luggage service, and all gratuities. 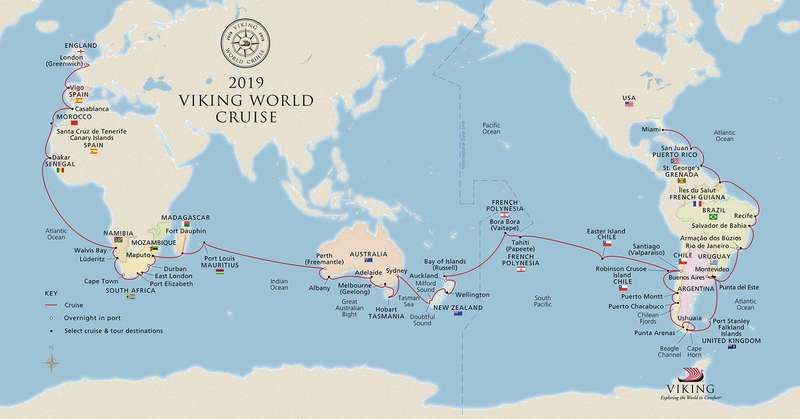 Sea Princess to Get Major Updates

Princess Cruises will be making some updates to one of the line’s oldest ships. The Sea Princess is set to undergo a series of updates during its scheduled dry dock in November. Among the additions will be an all new theater show, Encore, which is found on the line’s other ships. The ship will get the Voice of the Ocean. Inspired by the popular television singing competition, this show will include many elements of the world famous production, including red swiveling chairs. Also, the ship’s children’s club will be getting updates, as will the Wheelhouse Bar and the coffee shop onboard. The Sea Princess sails in the South Pacific offering various cruises departing from Brisbane and Sydney, Australia throughout the year. 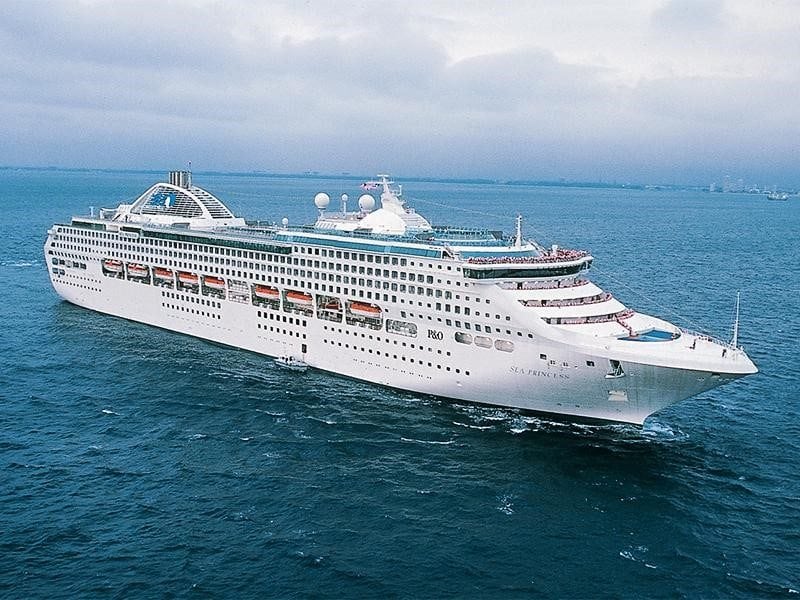 This week also marked the steel cutting ceremony for another Princess Cruises’ ship. The fourth Royal-class ship officially began construction this week at the Fincanteri shipyard. The Royal-class is the largest class of ship for the cruise line. The most recent member of this class, the Majestic Princess, was developed and deployed to China last year. It is unclear which regions of the world this new ship will sail when it debuts in 2019. The ship is expected to have many of the same features and venues as the previous ships in the class. What would you like to see added to this ship? Let us know in the comments below.

Do you have what it takes to name the next luxury vessel? Regent Seven Seas is soliciting cruisers to submit a name for the line’s next ship. The unnamed ship will set sail in 2020. Three lucky winners will have the chance to sail on this luxury liner when it debuts sometime that year. All of the details and rules and regulations, along with entry forms, can be found here. You better hurry, as the contest ends on September 29th. Open to residents in the U.S. and Canada.

Did we miss any important updates in our latest edition of Cruise News September 10, 2017? Drop us an anchor below with your latest travel headlines. 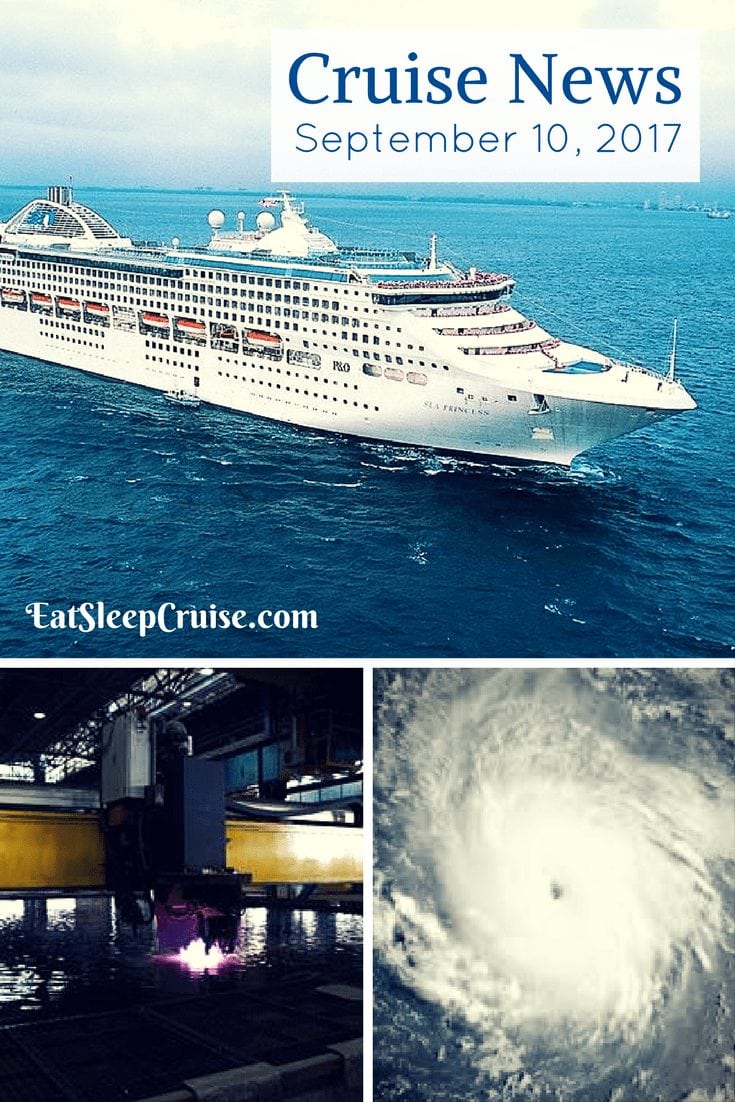