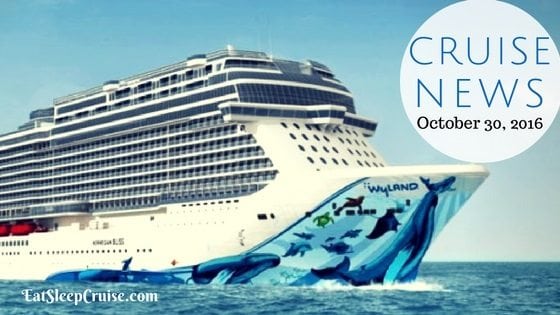 Halloween is right around the corner, and that means the Princess will be another year older. This week, we were able to dig up some frightfully good updates about cruise travel. So, here is all the scoop in our latest cruise news October 30, 2016.

After releasing that the new Norwegian Bliss would spend its inaugural season in Alaska in 2018, NCL dishes more details. Late last week, the new hull work for the ship was debuted to the public. By artist Wyland, the new “Cruising with the Whales” hull art will feature marine life known for calling the Alaskan waters home, humpback whales. The artist is known for painting over 100 ocean-themed murals, including 3 found in the ship’s first homeport of Seattle, WA.

Get ready to play dress up on more Disney Cruise Line ships. After striking the fancy of little girls and boys on Disney Fantasy, the cruise line announced that the popular Royal Court Royal Tea Party would be going fleet wide. After expanding to 3 day sailings on Disney Dream this week, the program will roll out on Disney Wonder and Disney Magic later this year. No tea time would be complete without a visit from the Disney Princesses. Special pastries and treats are available during this honored occasion, along with photo-ops and exclusive keepsakes. Prices started at $210 for your little ones (and no, that is not a typo!). 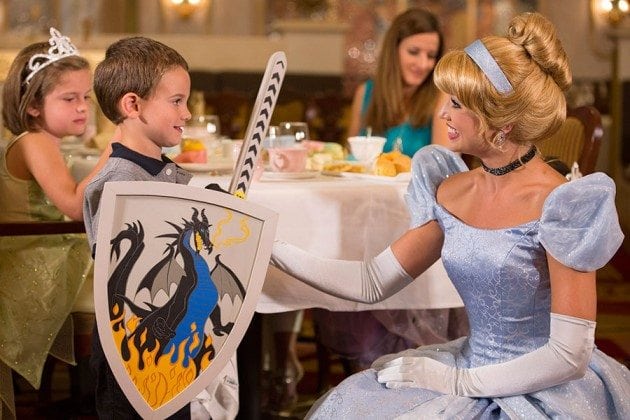 Book Your Disney Cruise for 2018

Also in Disney Cruise Line news, the line has made part of its 2018 schedule available for booking. If you are looking ahead to early 2018, you can choose from a few Southern Caribbean sailings departing from San Juan on the Disney Wonder. Or, if you prefer some West Coast cruising, the Wonder will call San Diego home for a few sailings in April and May, cruising to the Mexican Riviera. Disney Fantasy will be sailing the Eastern and Western Caribbean departing from Port Canaveral on alternating 7 night itineraries.

Harmony of the Seas Sets Sail for Port Everglades

She is on route as we speak (or type). The world’s largest cruise ship, Harmony of the Seas, is in the midst of her transatlantic crossing. Departing from Barcelona, Spain, the ship will cross the Atlantic and arrive in her new home of Ft. Lauderdale, FL just in time for the official naming ceremony. Also this week, Royal Caribbean announced that 23 year old Miami teacher, Britanny Affolter, will be the new godmother for this innovative ship. Ms. Affolter will be in attendance at the official naming ceremony on November 10th where Harmony of the Seas will be christened, before embarking on a two-day preview sailing. 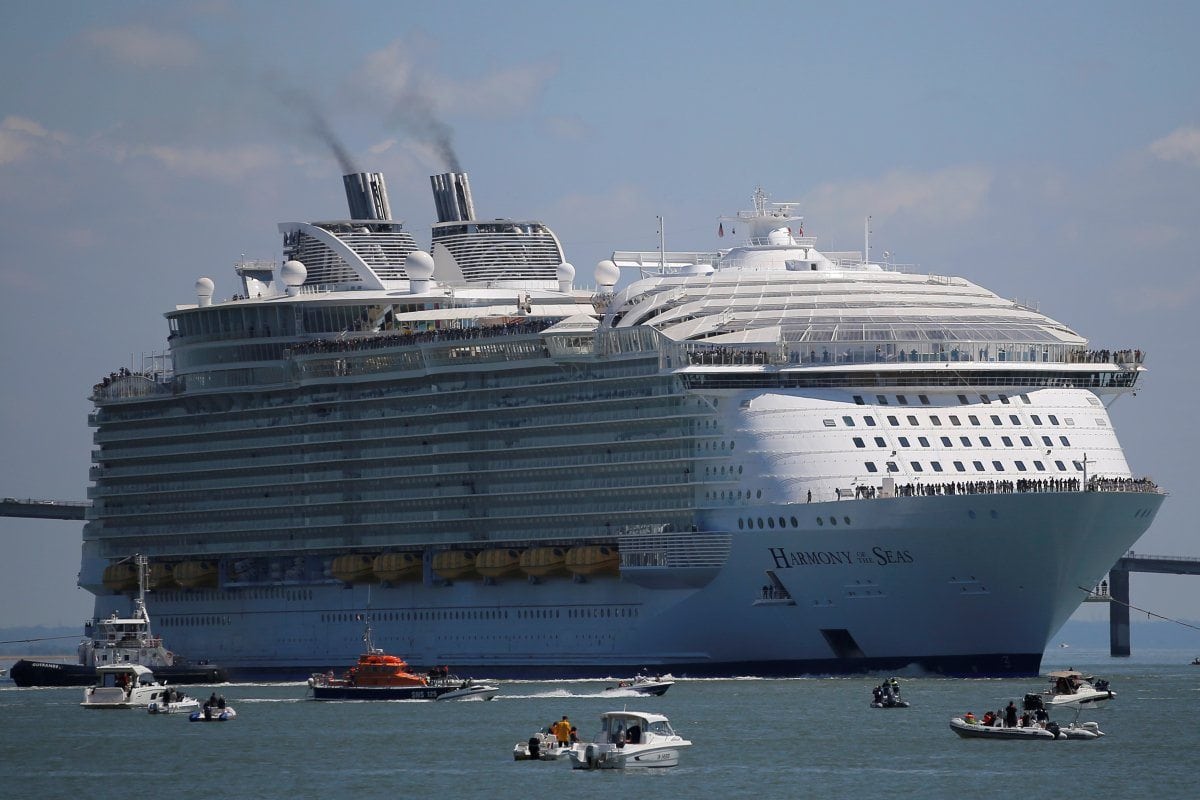 Aiming to be one of the largest ships to sail from the UK, P&O Cruises announced some of the new offerings on their largest ship to date. During a press conference this past week, officials revealed new entertainment options on the ship. Along with an open air promenade that will feature several restaurants, the ship will be home to over a dozen bars, four pools, and over twelve different entertainment spaces including “The Dome”. This all purpose entertainment venue will include a glass domed roof and pool with retractable stage that will feature varying entertainment during the cruise. Hosting 5,200 passengers, the ship will set sail in 2020.

Are there any cruise headlines we missed in this edition of cruise news October 30, 2016? Do you have some breaking news to report? Drop us an anchor below to share your travel updates with fellow cruise fans. 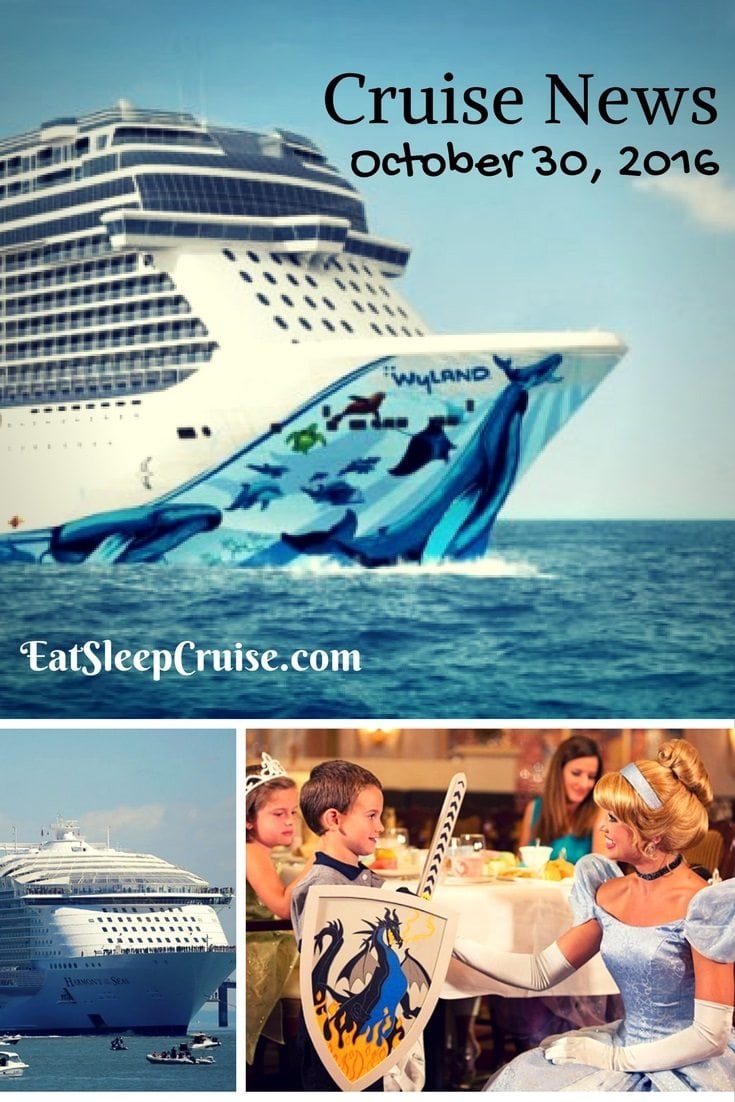 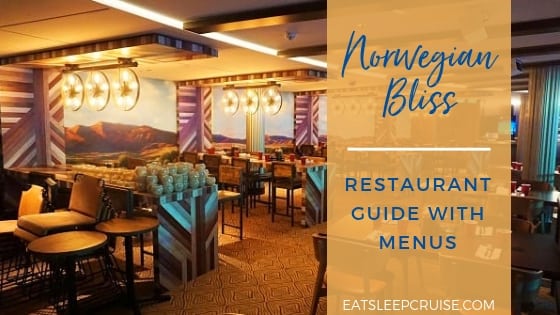 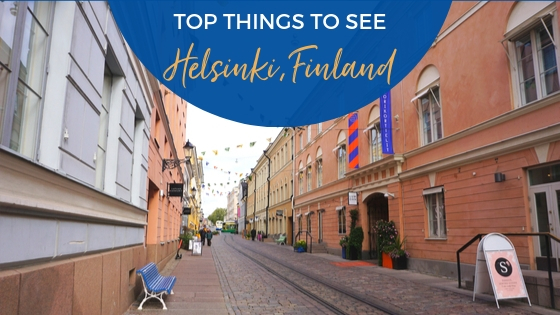