Home » Why You Should Visit Hato Caves in Curacao

The Hato Caves in Curacao are located only 20 minutes from the cruise port. During your next cruise to the island, it is worth taking the short drive north to explore these 200,000 year old 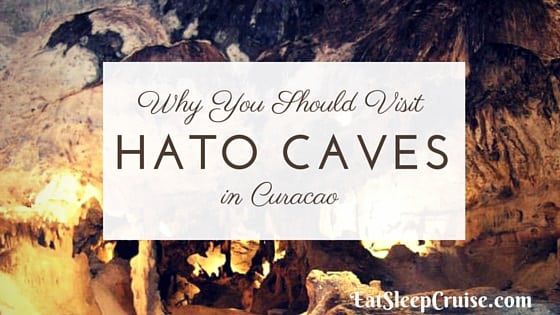 When visiting Curacao on a cruise, there are several options available for shore excursions. For travelers who do not like to venture far from the cruise port, the historic Willemstad area is within walking distance, allowing easy access to plenty of history, culture, and shopping on the island.

But, for those cruisers looking for something a bit more adventurous, you can take a short drive to the Hato Caves in Curacao. Located about 20 minutes from the pier, on the northern coast of the island, the Hato Caves will transport you back in time as you explore formations that are hundreds of thousands of years old. 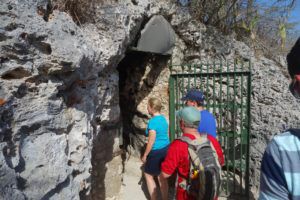 Entrance to Hato Caves in Curacao

After visiting Curacao on a recent trip, we highly recommend a tour of the Hato Caves. If you are not already sold on this family fun shore excursion, then our list of reasons Why You Should Visit Hato Caves in Curacao might just convince you.

Explore The Caves With Ease

The formation of the Hato Caves in Curacao occurred over the span of 200,000 years. As salt water receded slowly, the mineral deposits formed the caverns and walls that make up the caves today. Since its opening to the public in 1991, the caves have been made accessible by foot for visitors. The main entrance to the caves does require climbing approximately 50 stairs, but once inside, most of the path is a sloped walkway making it easy for travelers to experience these caves. All you need is a good pair of walking shoes and an open mind- no special spelunking equipment is necessary. 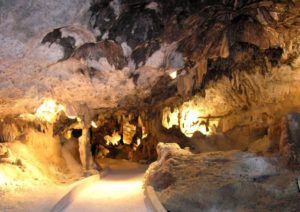 View Multiple Caves in One Trip

The Hato Caves are the largest such formation on the island of Curacao. Once inside the caves, you are guided through multiple chambers to discover the various natural wonders including a waterfall, a water pool, and unique topography. Your tour guide will point out unique elements in each cave, while providing history of the caves and the role they played in the culture of Curacao. 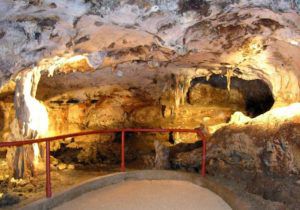 Gaze Upon Amazing Stalactites and Stalagmites

As water drips from above, the mineral deposits form the icicle-like shapes on the ceilings of the caves called stalactites, whereas stalagmites protrude from the base of the caves rising into mountainous-like formations. At the Hato Caves, you will be surrounded by many unique stalactite and stalagmite formations during your walking tour. While photos are restricted in all caves but one for preservation of the structures (as light causes an interaction on the limestone that results in algae), do be sure to take some pictures when allowed to capture the inner beauty of the Hato Caves. 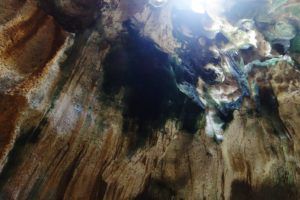 The Only Cave in Which Photos are Allowed

Perhaps the most exciting cave, and the last one on our tour, was the “fantasy room”. Here, the stalactites and stalagmites take on a life of their own, as they appear in noticeable shapes including the head of a donkey, a pirate, and the most famous- a Virgin Mary statue. During your tour, your guide will point out these areas of the caves and ask you to “use your imagination”. Some shapes are more easily visible than others, but either way, it is a fun activity regardless of your age! 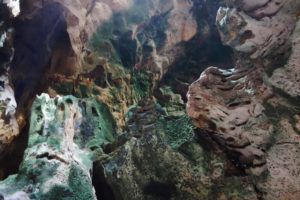 Do You See Anything in the Caves?

It is a Multicultural Tour

While many shore excursions on Caribbean islands are offered only in one language (usually English), Hato Caves tours are offered in English, Spanish, or Dutch. Unearthing the caves in your native language can make the trip more memorable and educational. It is also less likely that the tour’s information and explanations of the unique formations will be “lost in translation”.

How to Get to Hato Caves

Our trip to Hato Caves was part of a tour we booked with our cruise line, Royal Caribbean. The tour was entitled Caves and City Tour and lasted approximately 3 hours. The tour was offered by Taber Tours and included a visit to the Hato Caves and a walking tour of historic Willemstad. The drive from the cruise terminal to the Hato Caves was about 20 minutes. Once we arrived, we received a 45 minute tour of the caves and some additional time allotted for the group to use the restrooms and grab a drink at the refreshment center. The Hato Caves entrance fee and transportation to and from the caves were included in the shore excursion’s total costs. 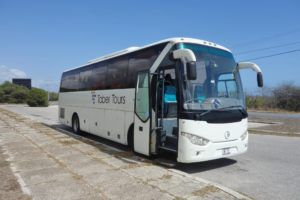 Of course, taxi service is also available at the cruise port if you would rather visit the caves on your own. At the time of this post, the caves are open from 9am to 4pm daily and costs $9 per person. For those who want to explore a bit more, there is also an Indian Trail walk on the property where you can take a self guided tour to learn a bit more history and culture.

Highlight: Exploring these ancient caves, learning about their history and importance, and viewing the unique natural formations inside was well worth the short drive from the cruise terminal.

What’s Missing: The Hato Caves are unique in that they are above ground (found in the third terrace, or layer, of the island), but that does make it very hot and humid inside, even though fans have recently been added to circulate air. Also, pictures are only allowed in one area of the caves, which was not advertised until the tour started and was a bit of a disappointment.

Have you visited the Hato Caves in Curacao? What is your favorite thing to do while docked in this Southern Caribbean port? Drop us an anchor below to help your fellow travelers find the right shore excursion for their stop at this colorful island. 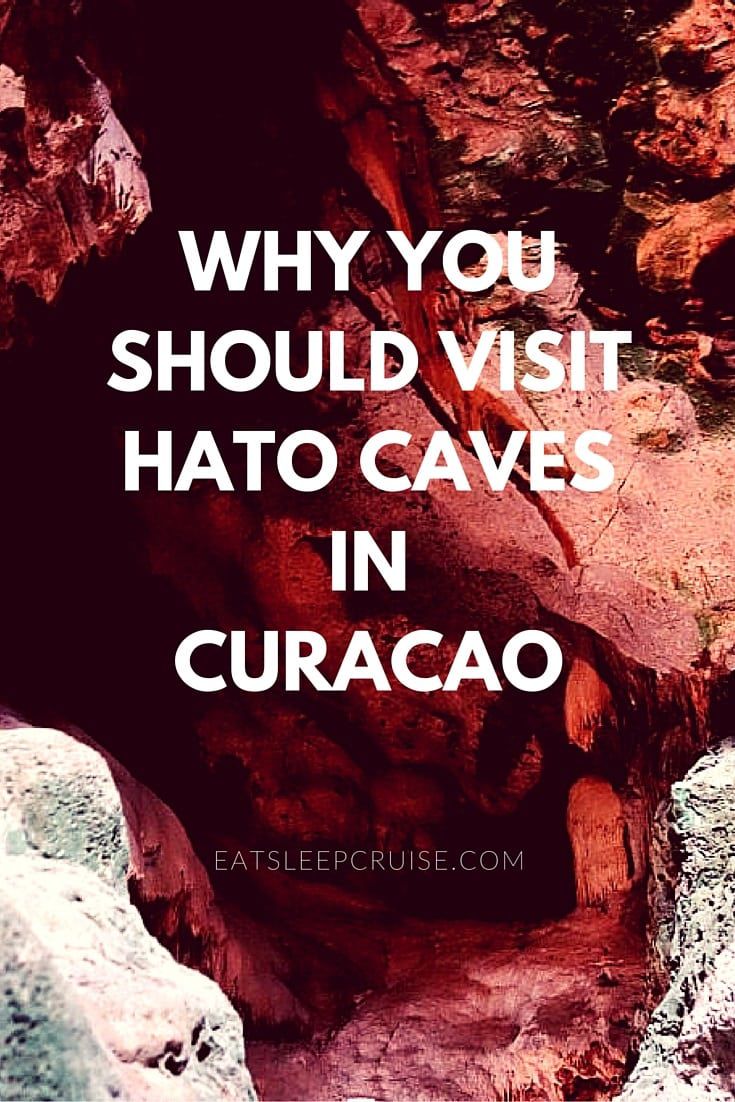 Don Bucolo, or “DB”, loves everything about cruising- the ocean, the food, and the atmosphere. While he may be obsessed with doing extensive amounts of research on ships and all elements of a cruise, Don enjoys sharing his new found knowledge with fellow cruisers. When he is not sailing the high seas, he does whatever his wife tells him to do-it only took 10 years to realize this.
Don Bucolo
Previous Post « Top 16 Reasons to Take a Cruise In 2016
Next Post A Walking Tour of Historic Willemstad Curacao »