Complete review of the Paradise Island and Sightseeing Tour Nassau, Bahamas. Get our insider take on this popular cruise excursion for first time visitors. 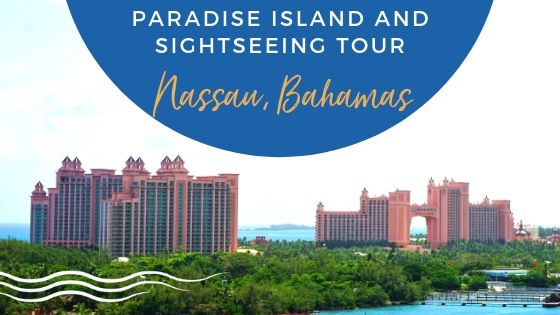 Highlight: Explore the island highlights while learning about the Bahamian culture and history on this Paradise Island and Sightseeing Tour Nassau, Bahamas. Our tour guide, Patrick, provided an excellent narrated tour of the sites and was genuinely proud and eager to discuss the Bahamas. The tour stopped at all the locations listed in the description, providing ample time for photo ops, but little else. This shore excursion was an easy way to see the main sites on the island, without the hassle of finding your own transportation to and from the locations. 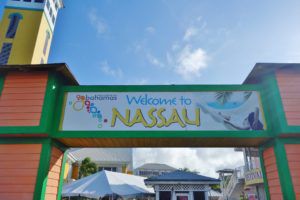 What’s Missing: The tour is advertised as being about two hours. At the onset, Patrick indicated that the tour would be about 2 to 2.5 hours. Flash forward over 3.5 hours later, we still had not returned to the port! While it was great that there was extra time allotted, it did make for some scheduling issues for other planned activities on the cruise. Part of the reason we booked the tour was based on the duration. If you are considering this tour, be advised it may run longer than you expect, so plan accordingly.

Main Takeaway: For first time visitors to Nassau, the Paradise Island and Sightseeing Tour will give you a nice overview. While you will not spend too much time at any of the sites, you will get to experience many attractions which may help you decide what you want to do and see next time you are in the Bahamas. Many cruises stop at this popular port so getting an introduction to these attractions might be the perfect excursion for those new to the Bahamas, but veteran cruisers may be a bit bored on this excursion.

Related Post: Best Things to Do in Nassau on a Cruise

Welcome to the Bahamas

A popular stop, especially on short cruises, Nassau, Bahamas is really two destinations in one- the island itself and Paradise island, the home to the world famous Atlantis Resort. Given it was our first visit to the area, we decide to book an island tour. For convenience, we booked the Paradise Island and Sightseeing Tour Nassau, Bahamas directly through the cruise line. 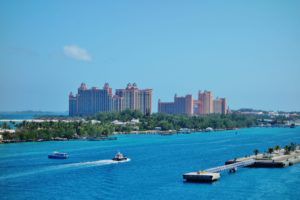 With our ship scheduled to arrive around noon, Enchantment of the Seas was going to be docked in port for 12 hours. Pulling into port, we could see that there were already two ships docked. After a few minutes, an announcement was made that we were free to go ashore, so we headed out to meet the tour at the designated time, right outside the ship.

The Port of Nassau is easy to navigate, even with multiple ships docked. Our tour guide was holding a sign, so he was easy to find. Once all parties were checked in, the group was escorted out of the port. The somewhat large group was divided into two buses with our group comprised of 16 total travelers. We met our guide Patrick and were ready to get this island tour underway.

Fort Fincastle and the Queen’s Staircase

Exiting the port area, you are on Bay street, a main business and shopping area with all of your typical stores. The Princess wanted to return to this area to shop later, but those plans were altered due to the extended time of this tour. 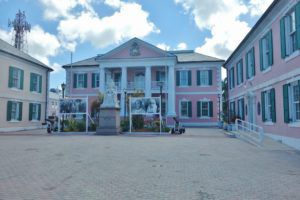 Throughout the drive, Patrick discussed the history of the island and its independence from Great Britain as we passed notable sights like the House of Parliament and the Princess Margaret Hospital. Our first official stops on this tour were the Queen’s Staircase and Fort Fincastle.

The 66 stairs of this staircase are constructed of coral rock and took years for 600 slaves to carve using only a hammer and chisel. Of course, I made it a point to run up and down the stairs. A little exercise on vacation is not a bad thing! 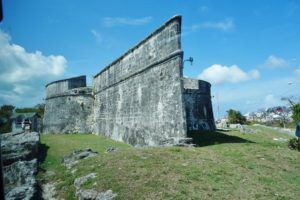 Fort Fincastle costs a nominal fee to enter, which was not included in our tour price. The fort is small, and there is a guide inside describing the history of the fort and the surrounding area. Inside the fort, we were able to grab a few panoramic shots and a few selfies like me “firing the cannon”. It would not be a stop at a fort without me acting like a kid. 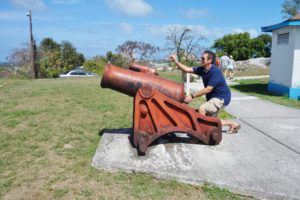 On To Fort Charlotte

After about 25 minutes at our first stop, our next stop was Fort Charlotte, the largest fort on the island. During the drive to this fort, the bus passed government buildings, the Royal Bahamas Police Headquarters, and the Island Treasury. We did stop briefly at the Government House. Through the bus window, the Princess was able to get a picture of the statue of Christopher Columbus that adorned the entrance to the mansion. 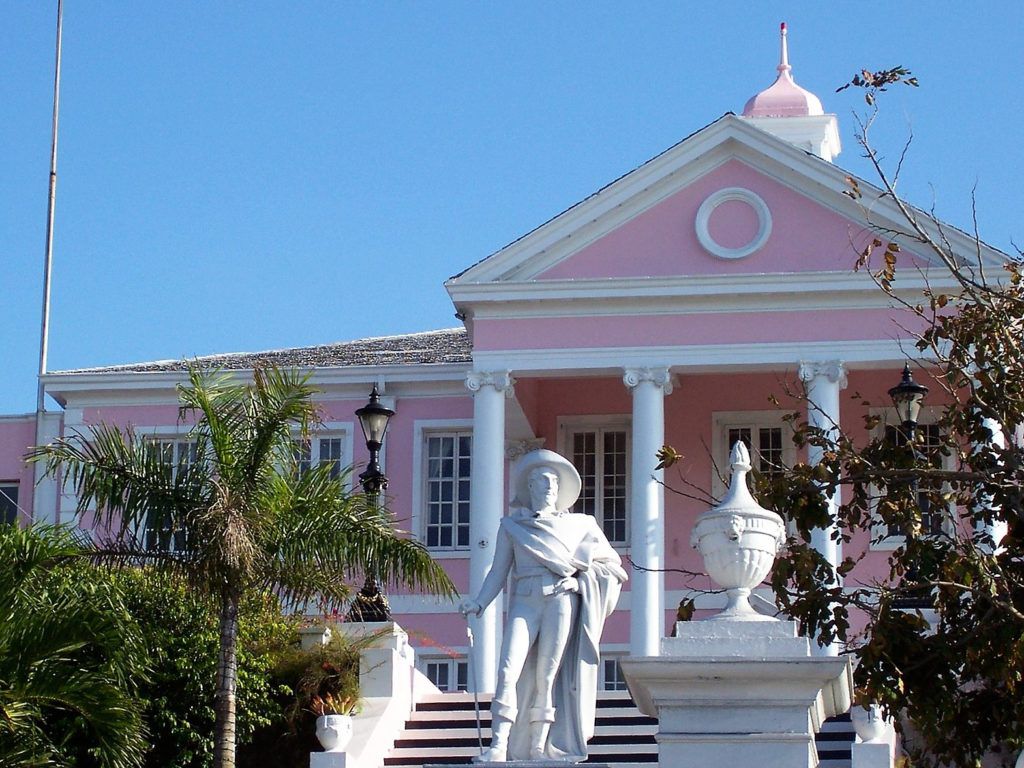 We also passed the famous GrayCliff restaurant, which according to our guide is the best restaurant on the island. This is also home to a chocolate factory and cigar factory. Another potential place to visit during our next stop in Nassau.

Our tour guide tempted the group with a stop at the John Watling’s Distillery, a rum distillery at which I am sure Patrick would have stopped if he could’ve gotten a unanimous decision, but a decision could not be made on the fly, so the bus continued on to Fort Charlotte. 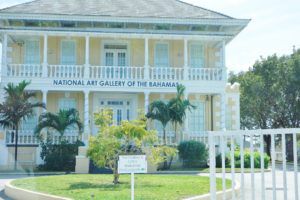 Continuing the drive to Fort Charlotte, the tour passed the National Art Gallery and the Junkanoo Museum. Similar to Carnival that is celebrated in South America (think Mardi Gras in New Orleans), Junkanoo is a large festival that is held during the Christmas season with costumes, parades, food, and drinks. The term Junkanoo is used throughout the Bahamas, including the cruiser favorite Junkanoo Beach.

We finally arrived at Fort Charlotte, only to discover that a Rum Festival was occurring. This lead to some confusion about admission to the Fort, but after paying another small fee, we were finally able to enter. 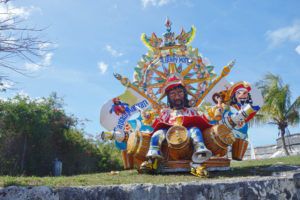 Don’t get me wrong, the Rum Festival was full of food, characters, and of course rum, but we were not expecting the event. We were only allotted 30 minutes to explore, which was not enough time to enjoy the festival.

We essentially made a loop around the internal perimeter of the Fort and that was all. So, we will definitely make a return trip to this fort in the future as it has all of the great features of a fort including a moat, dungeons, and over forty cannons! Built in the late 18th century, the fort has never seen a battle. 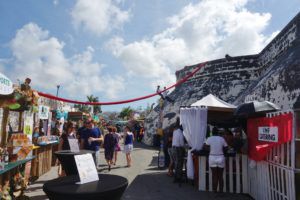 Exiting the Fort now behind our time schedule, we drove down to the beach area, passing the Fish Fry, a street full of restaurants serving traditional Bahamian food. Patrick recommended Twin Brothers. Next time, we will give this place a try and report back.

With the tour already over 2.5 hours at this point, the bus headed to Paradise Island, passing the Bahamas Rum Cake Factory. Once we crossed the bridge to Paradise Island, the Atlantis Towers were visible in the horizon. Condos start at only $4 million to own, and there are other rooms like the “Michael Jackson” suite that can be reserved for $25,000+ a night.

Our guide dropped us off at the entrance of the Coral Towers with instructions to be back in thirty minutes. Now, the tour was going to be officially over three hours long. 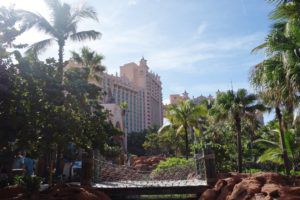 If you have ever been to a resort casino in Vegas, Atlantis looks very similar. Without staying at Atlantis or paying for a day pass, you have very limited access to the grounds. We did walk outside to attempt to get pictures of the Lagoon area and the beach, but we were stopped by security multiple times. Two of our fellow passengers reported that they did manage to sneak by security. I guess the Princess and I are not that sly!

With nowhere else to go and not wanting to spend any money in the casino, we started to make our way back to the meeting point a few minutes early. We walked around a small area of the Marina, which also had restricted access. 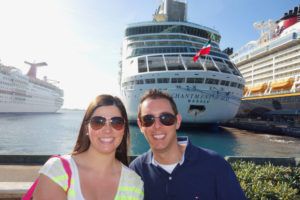 Finally, after about 45 minutes at Atlantis, our bus made the quick drive back to the pier. Given the tour ran significantly longer than advertised, it was a quick loop around the pier to buy an authentic Bahamian ornament for our vacation tree and back to the ship.

Have you taken a sightseeing tour in Nassau, Bahamas? What is your favorite shore excursion at this port of call? Drop us an anchor below to help your fellow cruisers find the perfect tour during their next stop at this island. 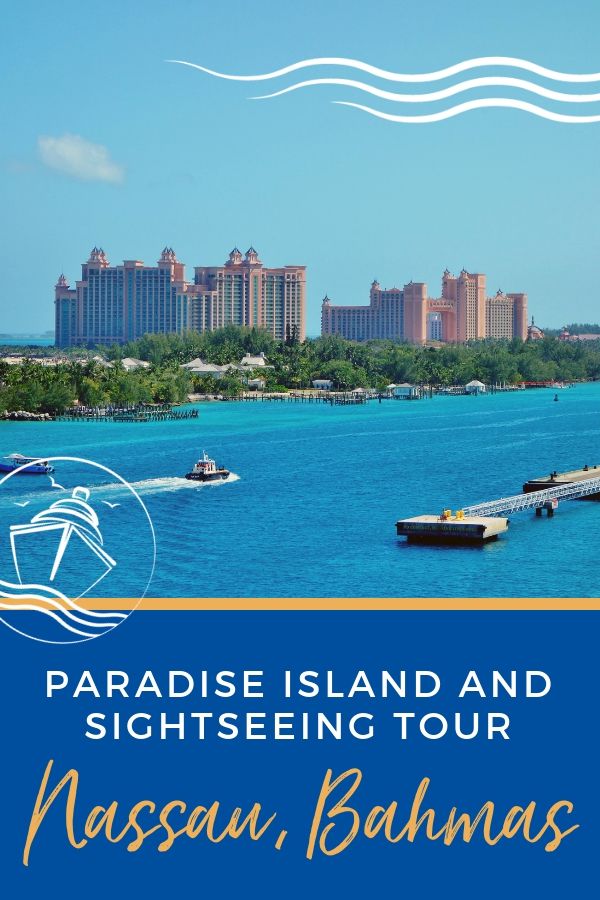 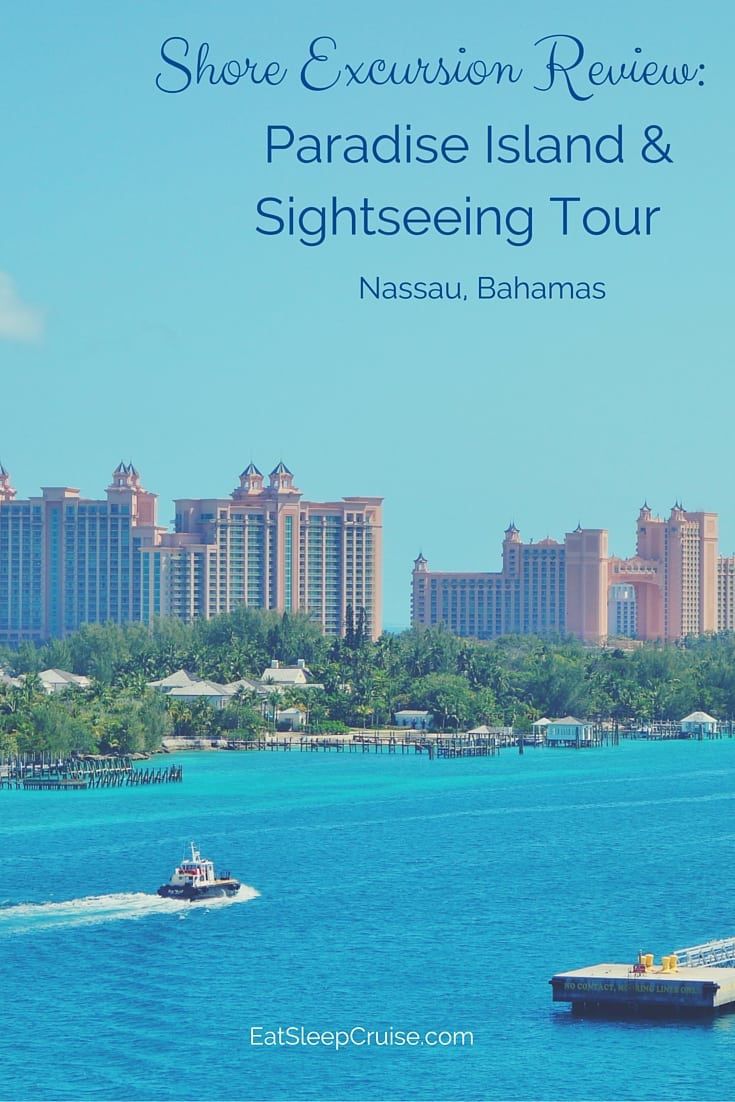 Don Bucolo, or “DB”, loves everything about cruising- the ocean, the food, and the atmosphere. While he may be obsessed with doing extensive amounts of research on ships and all elements of a cruise, Don enjoys sharing his new found knowledge with fellow cruisers. When he is not sailing the high seas, he does whatever his wife tells him to do-it only took 10 years to realize this.
Don
Previous Post « Best Things to Do in Nassau, Bahamas on a Cruise
Next Post SHIP PREVIEW: Norwegian Escape » 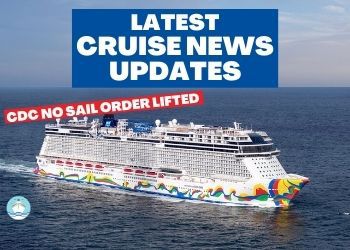