Home » Review of Sonic Odyssey Quantum of the Seas

The main theater on Quantum of the Seas hosts several different acts including the full Broadway production of Mama Mia, the always hysterical Love and Marriage Game Show, a variety of headliner acts, and the 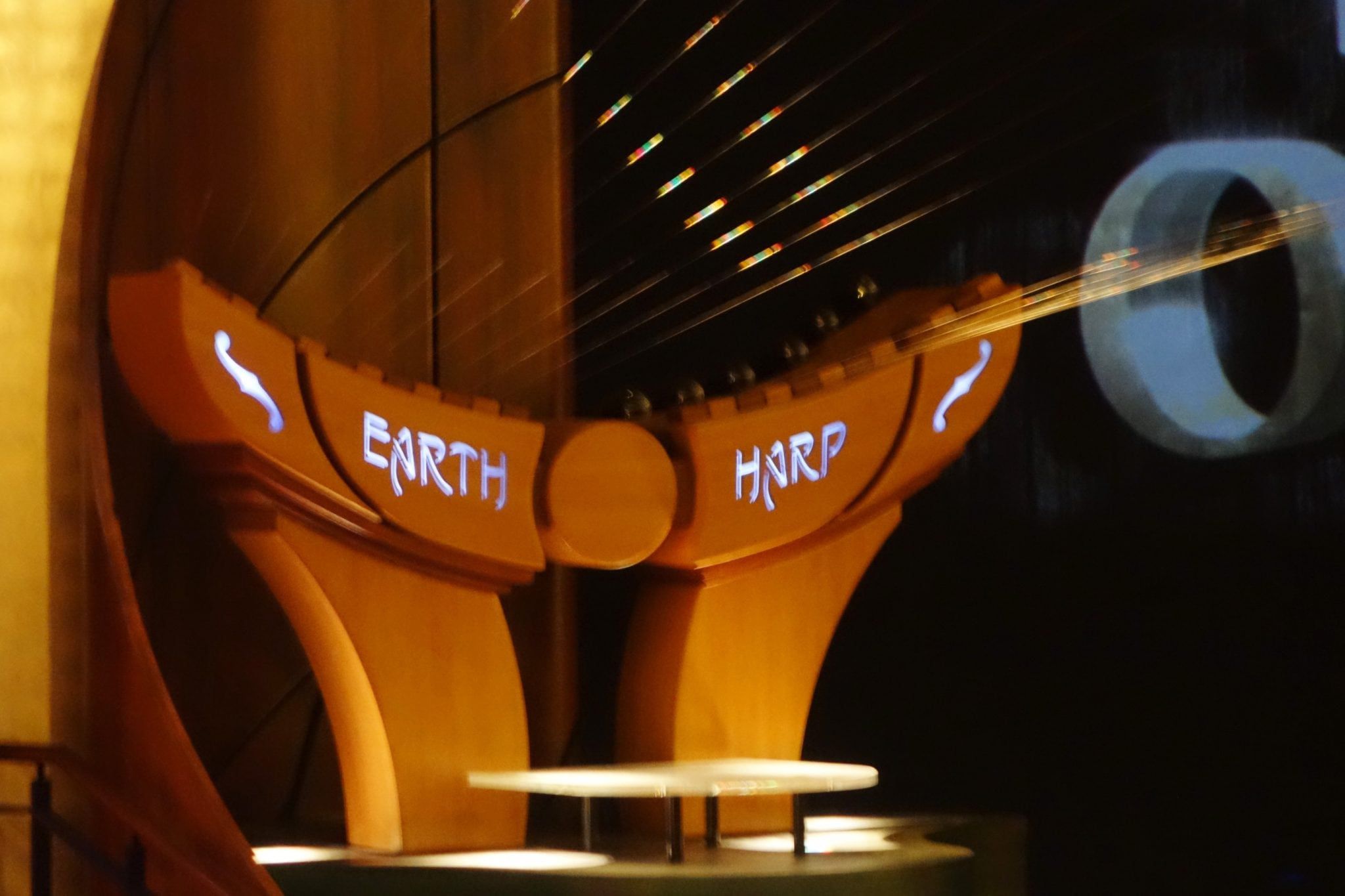 The main theater on Quantum of the Seas hosts several different acts including the full Broadway production of Mama Mia, the always hysterical Love and Marriage Game Show, a variety of headliner acts, and the production show Sonic Odyssey. All of these performances are sure to keep you more than thoroughly entertained during your cruise. 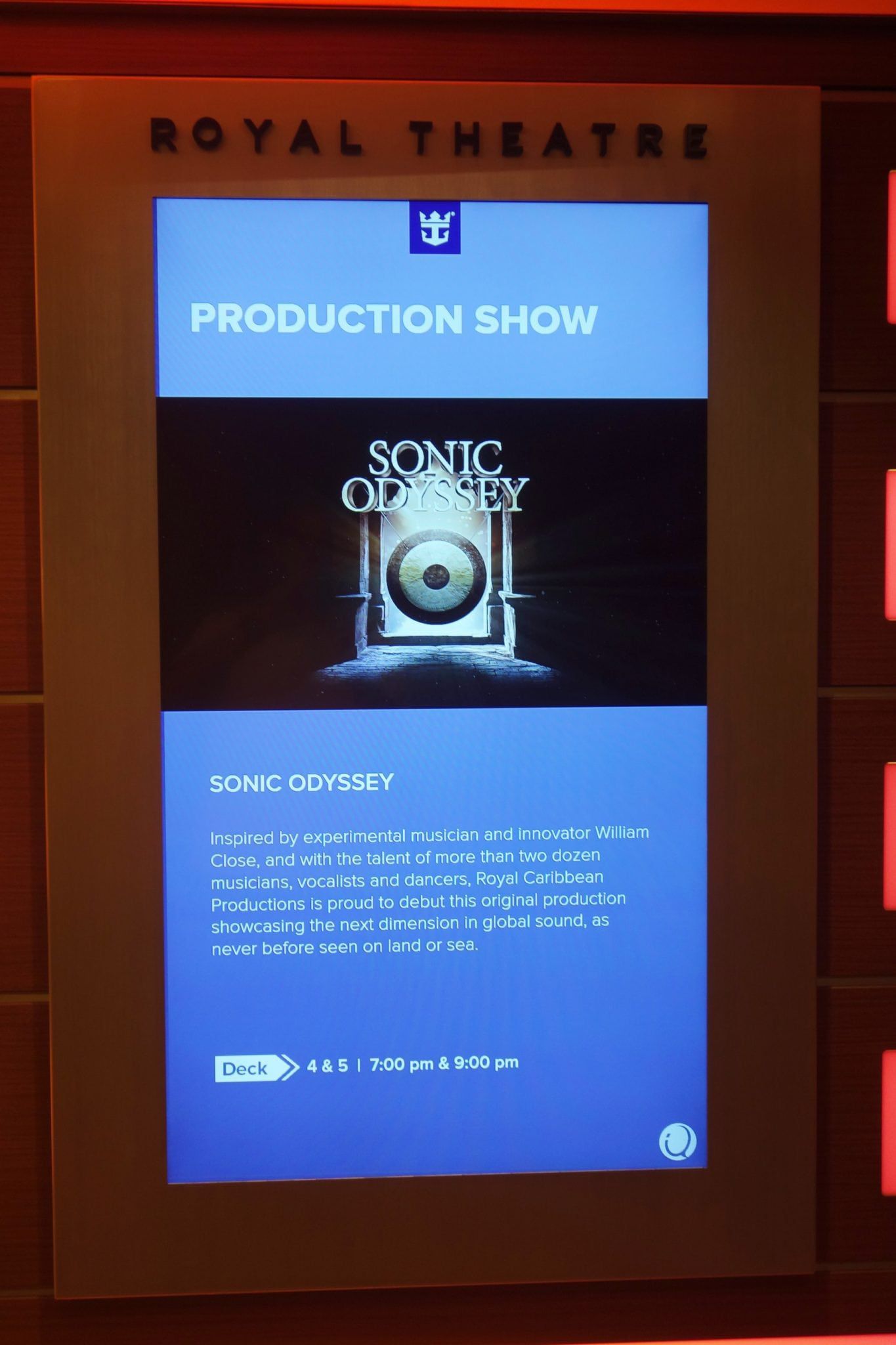 But, of all the cruise entertainment, Sonic Odyssey was one of our personal favorites, along with StarWater. So, even if you don’t typically head to the main theater to catch the shows, we highly recommend that you pre-book and make it a point to see this one!

Sonic Odyssey is a musical masterpiece incorporating unique instruments inspired by William Close and talented singers and dancers to create an immersive experience for all of your senses.

Standing In Line for Sonic Odyssey

For all of the signature entertainment on Quantum of the Seas, you can pre-book showtimes prior to even boarding the ship using the Cruise Planner. It is highly recommended that you do pre-book to ensure you get to see the shows you want, when you want!

On our recent 8-day Quantum of the Seas cruise, we had, of course, pre-booked all of our dining and entertainment times. Sonic Odyssey, which played during the last few days of our cruise, we booked for Day 7 at 9pm. Even though you have a reservation, it is still a good idea to get to the show early as people begin lining up well in advance. So after completing our dinner at American Icon Grill, we grabbed a quick drink and headed to the theater.

Now, just slightly after 8:00pm, we were already greeted with a rather long line on deck 4, the main entrance to the Royal Theater. Being upstanding cruisers, we walked to the back of the line to wait for the doors to open. It was a good ten minutes before the cruise staff began scanning in those with reservations. I do not even want to think about the poor passengers on standby for this show!  Lucky for us, the orchestra left center seats we prefer, on the aisle, were free, so we sat down, ordered a drink, and prepared for the show. 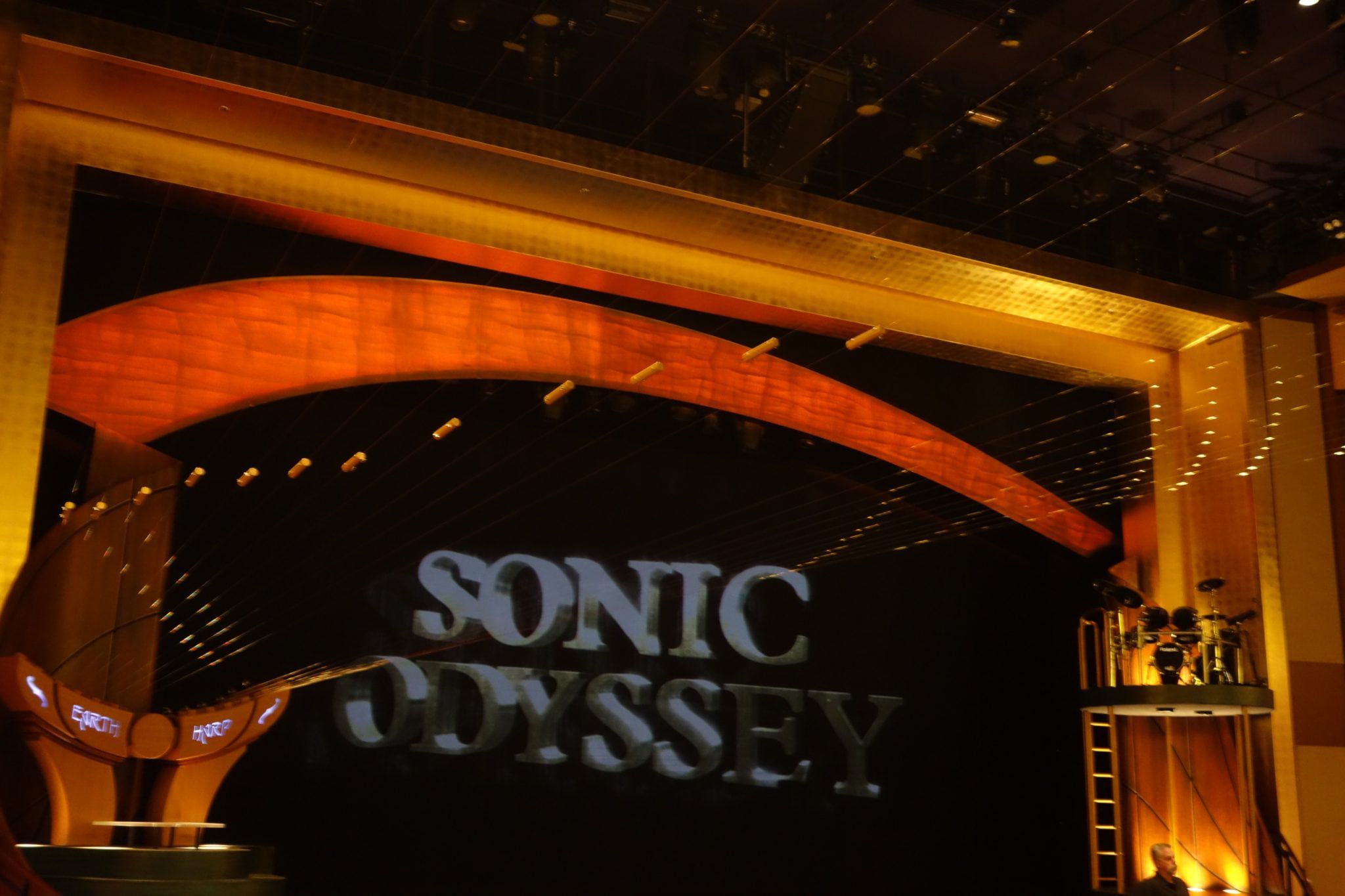 The Earth Harp in Sonic Odyssey

The first thing you notice when entering the theater for Sonic Odyssey is the Earth Harp. Stretching from the stage all the way to the balcony, this stringed instrument is the largest stringed instrument in the world.  Developed by William Close in 1999, this instrument was featured on America’s Got Talent, where William Close was a runner up. Being fans of AGT, the Princess and I were fully prepared for this massive instrument. Still, seeing it in person was captivating though.

Once the show begins, you are immersed in a musical spectacle that includes not only the massive Earth Harp but many other original instruments. The sound of the Earth Harp makes is similar to a normal harp, but with more tone and richness. As it uses the air from the entire theater, you feel like you are part of the music. 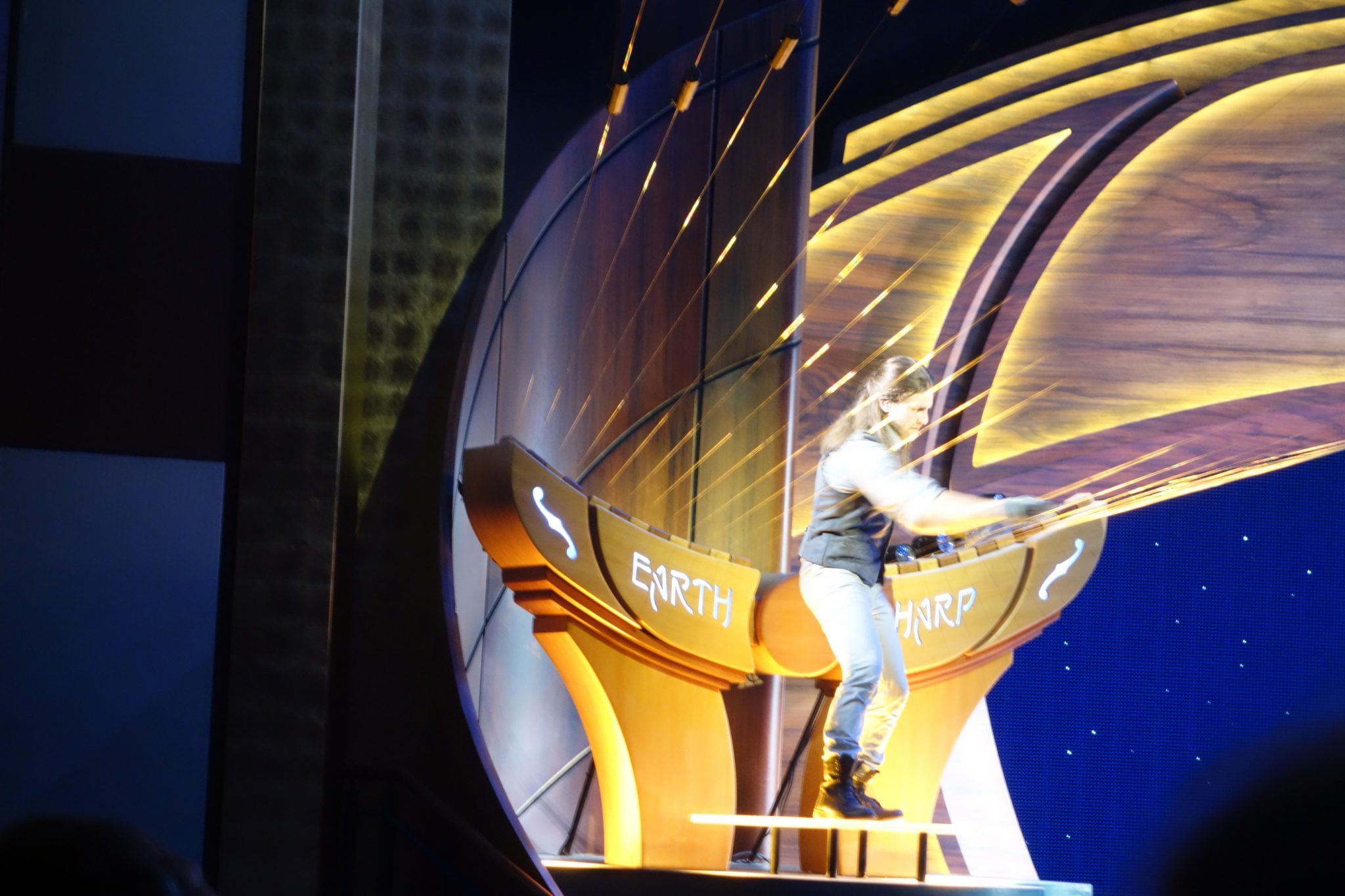 The Music of Sonic Odyssey

Along with the main musician, the singers and the dancers from the cast of Mama Mia regularly join the stage to perform popular songs including hits from bands like the Smashing Pumpkins and U2. The music in this show is very upbeat and definitely more on par with shows like Blue Man Group or even Spiderman on Broadway, which have a more modern,  pop/rock sound to them. 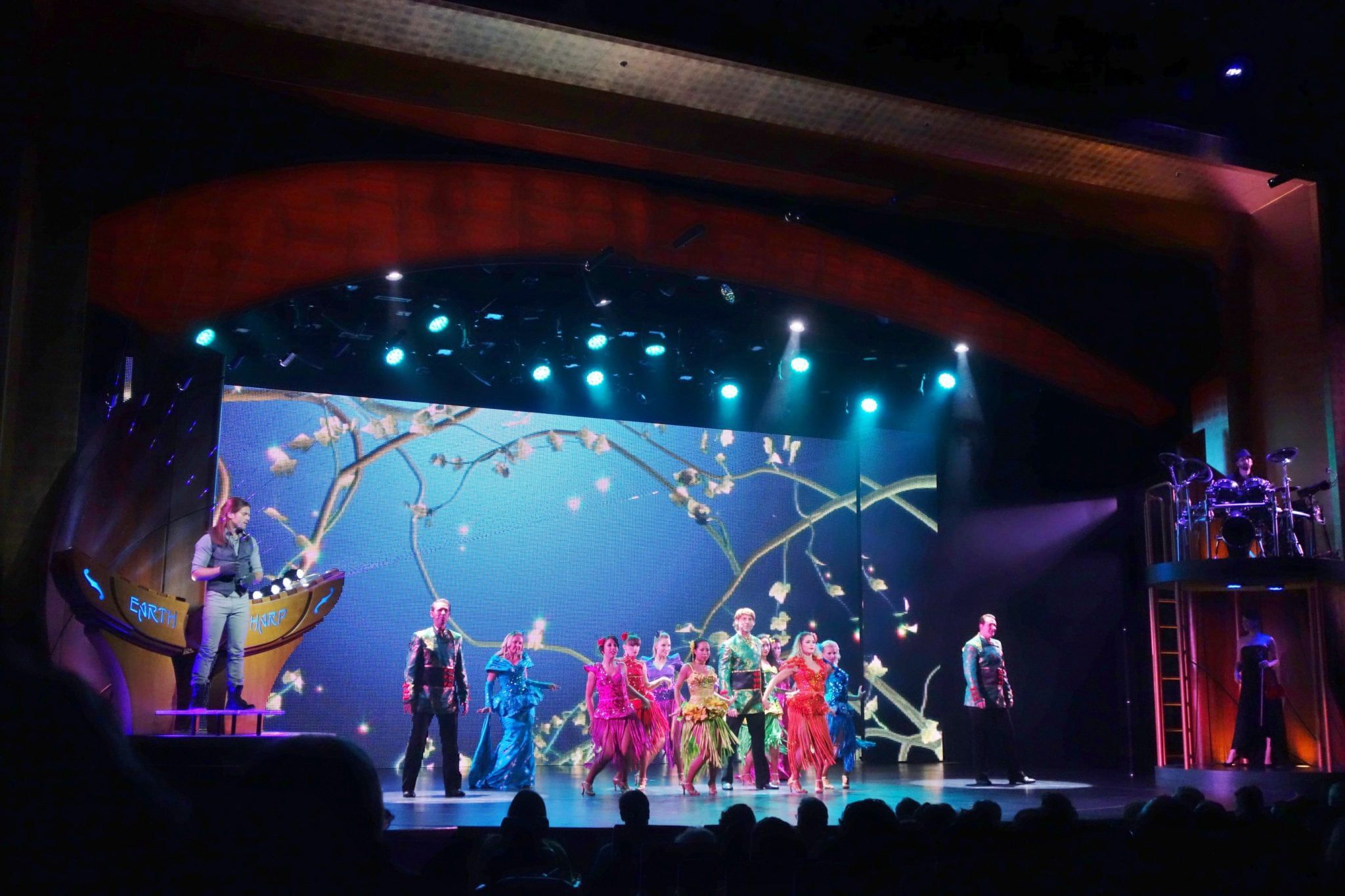 The performers did a great job connecting with the songs and the audience during this production. But, the real stars of this production are the unique instruments.

After the first number is completed on the Earth Harp, the curtain draws back to reveal the drum wall. Comprised of 136 different drums, the cast comes together to play this stage encompassing instrument. It is truly a sight, and sound, to behold. 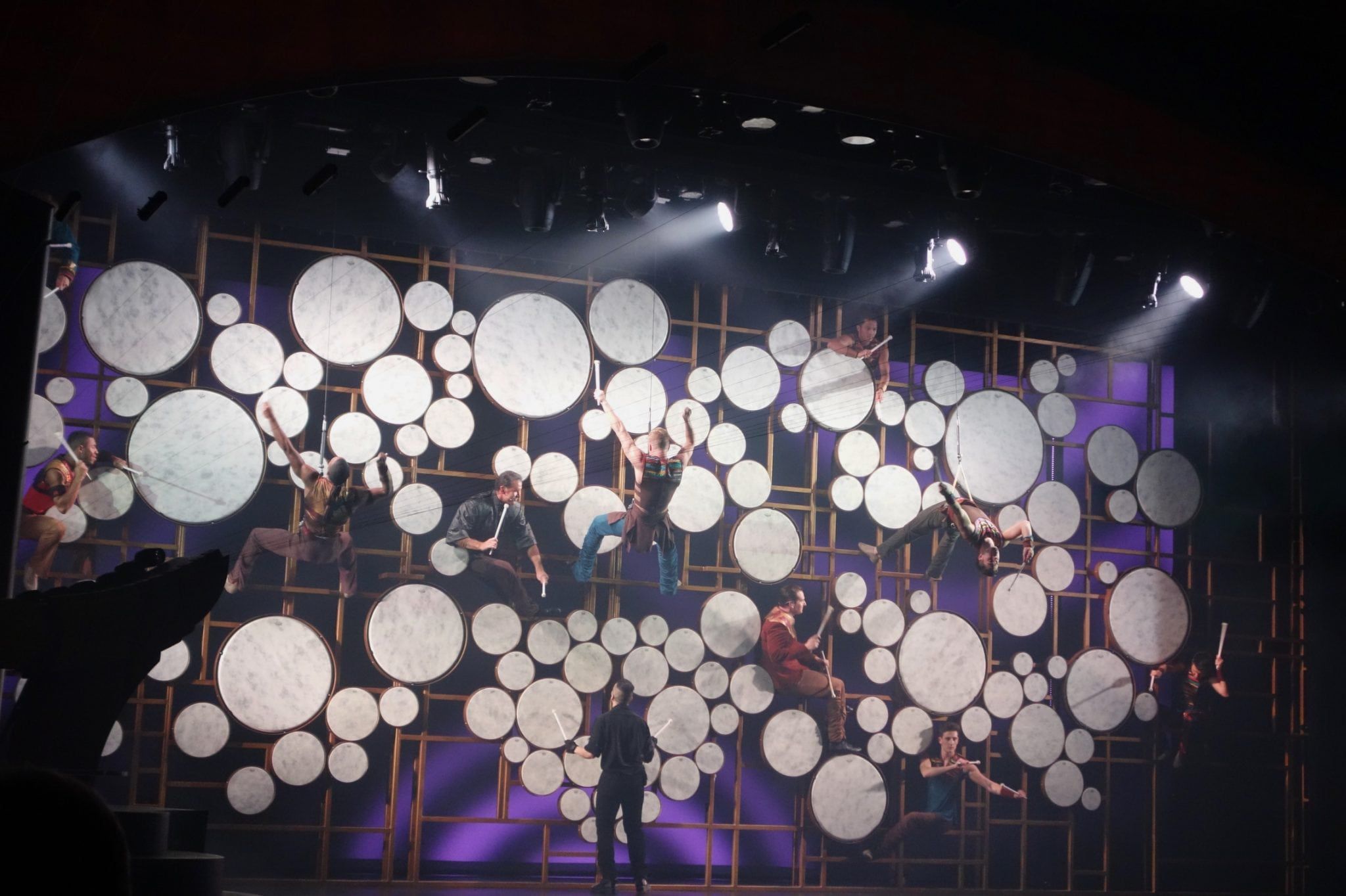 Later in the production another unique instrument, the drum jacket, is revealed. This is literally a wearable drum. The musician and other performers join the stage to put on a show for all the senses. Who would’ve thought that instruments could be a costume too? Well, besides the drum jacket, there was also a wearable violin dress. 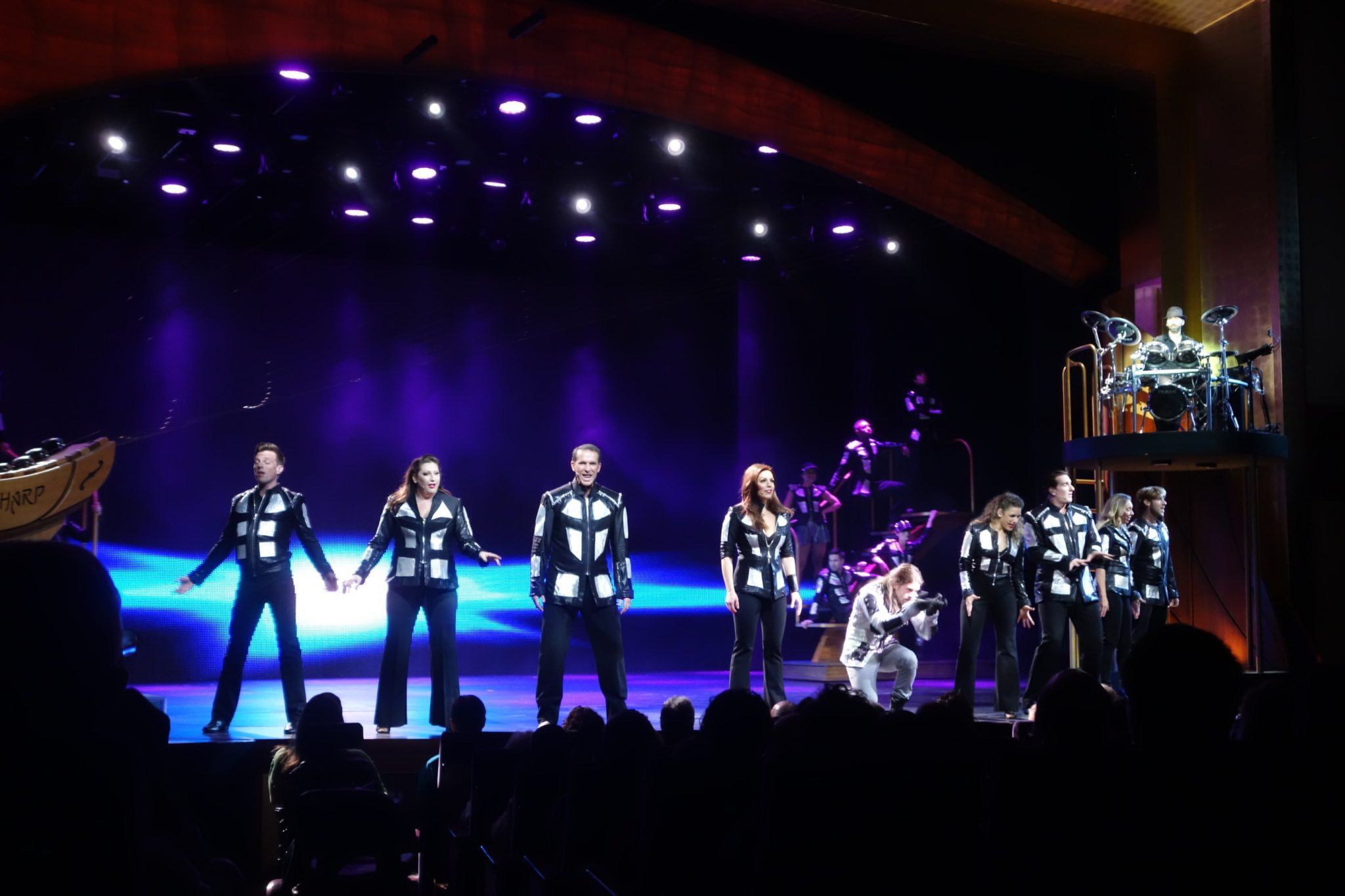 Want more unique instruments? How about the three neck guitar? Yes, the 80’s had the double neck guitar that bands like Bon Jovi made famous in their ballads. Not to be outdone by Sonic Odyssey which incorporates an over-sized triple neck guitar used during one of the numbers. Even if the instrument is just a bunch of guitars melded together, it somehow makes sense in this show. 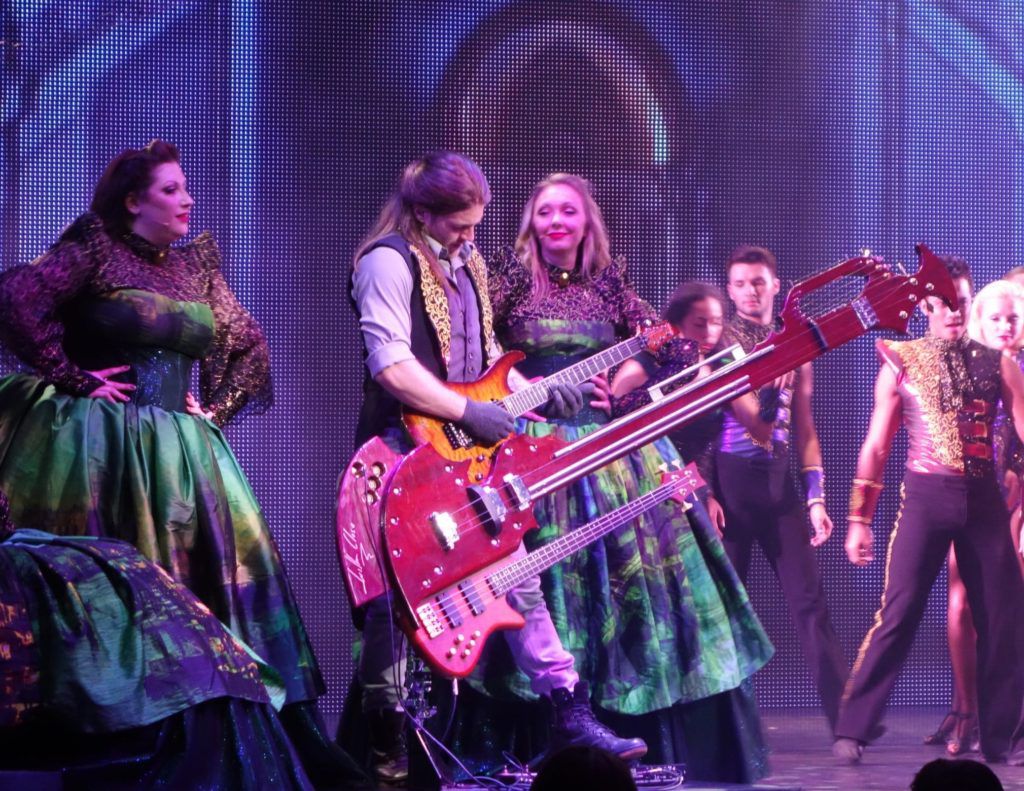 Yes, at times some of the musical instruments were less innovative, like the drum brella, but still pretty cool to see and well mixed with music and dance to create a full sensory experience. 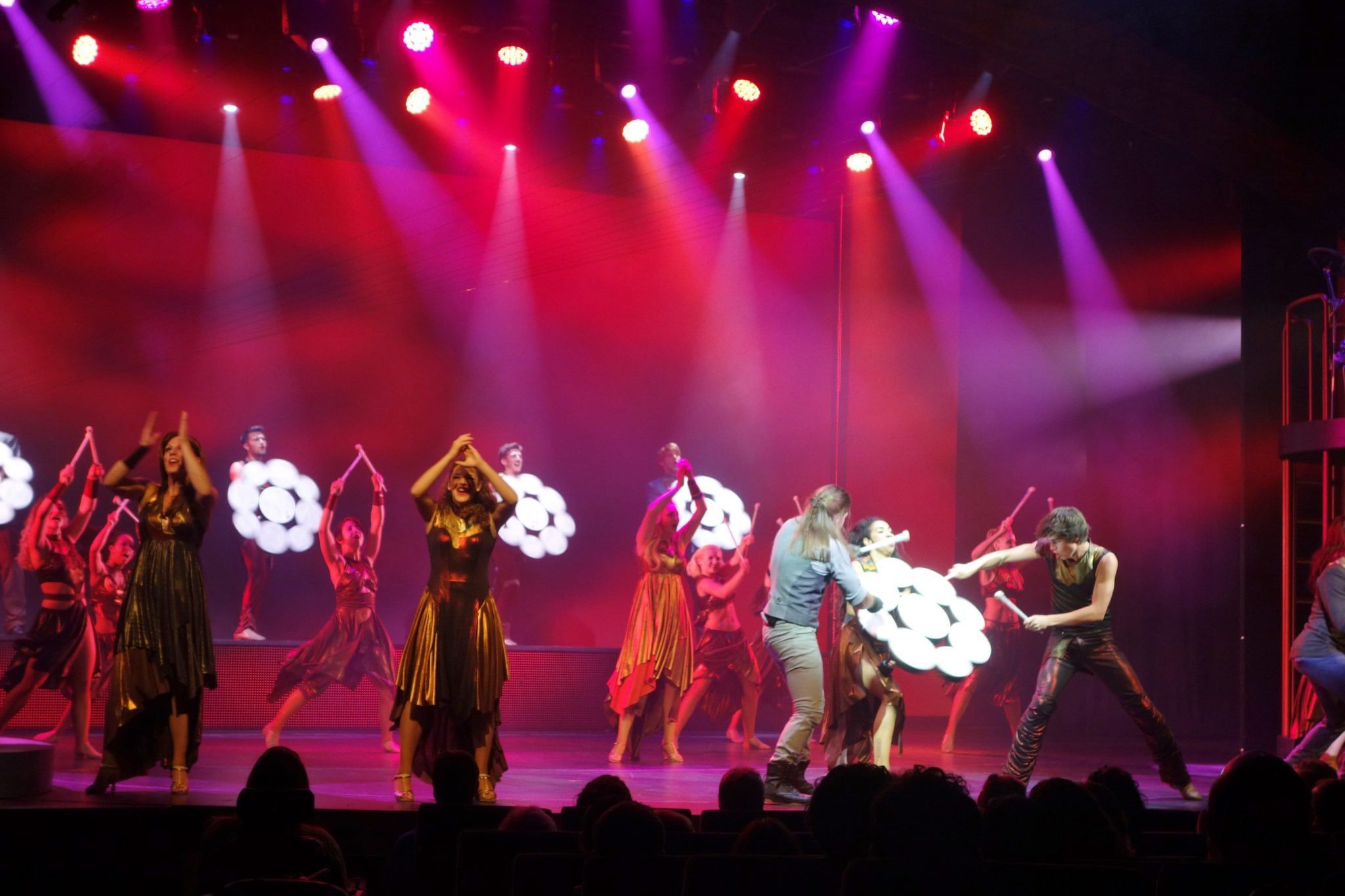 The sets and backdrop from Sonic Odyssey are also different than a typical cruise production. Keeping with the technology theme onboard Quantum of the Seas, the stage scenery and props use a lot of digital screens and superimposed images, along with lighting effects, to create a sort of futuristic feel.

Overall, Sonic Odyssey was an excellent performance mixing new elements with a well-choreographed presentation of song and dance. It was definitely heart-pounding fun from beginning to end.  Sonic Odyssey is a must-see show on your Quantum of the Seas cruise. If not for the Earth Harp alone, then for the amazing combination of instrumentals, song, and dance.

Don Bucolo, or “DB”, loves everything about cruising- the ocean, the food, and the atmosphere. While he may be obsessed with doing extensive amounts of research on ships and all elements of a cruise, Don enjoys sharing his new found knowledge with fellow cruisers. When he is not sailing the high seas, he does whatever his wife tells him to do-it only took 10 years to realize this.
Don
Previous Post « Quantum of the Seas Art Collection
Next Post Review of Starwater Quantum of the Seas »

Review of Sonic Odyssey Quantum of the Seas

While this used to be the most dreaded sight, we a

Having to settle for sunsets at home instead of at

Looks like we Americans will have to wait a bit lo

Who could go for one of these right about now? Wha

Sunsets at sea 🌅- Just another thing we are mis